A real University of Texas at Austin Longhorn that is…former head football coach Mack Brown.
Shooting for CBS, I had the opportunity to sit down with Coach Brown in his time between teaching classes at U-Texas in Austin, TX. This was a quick setup, and a very much in-and-out shoot scenario. No worries, I love shoots like this!
We were given a banquet hall space to setup and conduct our interview in, which doesn’t seem exciting at first. However, the great thing about shooting on a college campus, it provides lots of different backgrounds that look really cool! Usually there is some cool artwork, sculpture or some awesome signage around. What I had decided to use for this piece, was the background of a bar that said “Longhorns” in big letters and was really neatly lit itself. 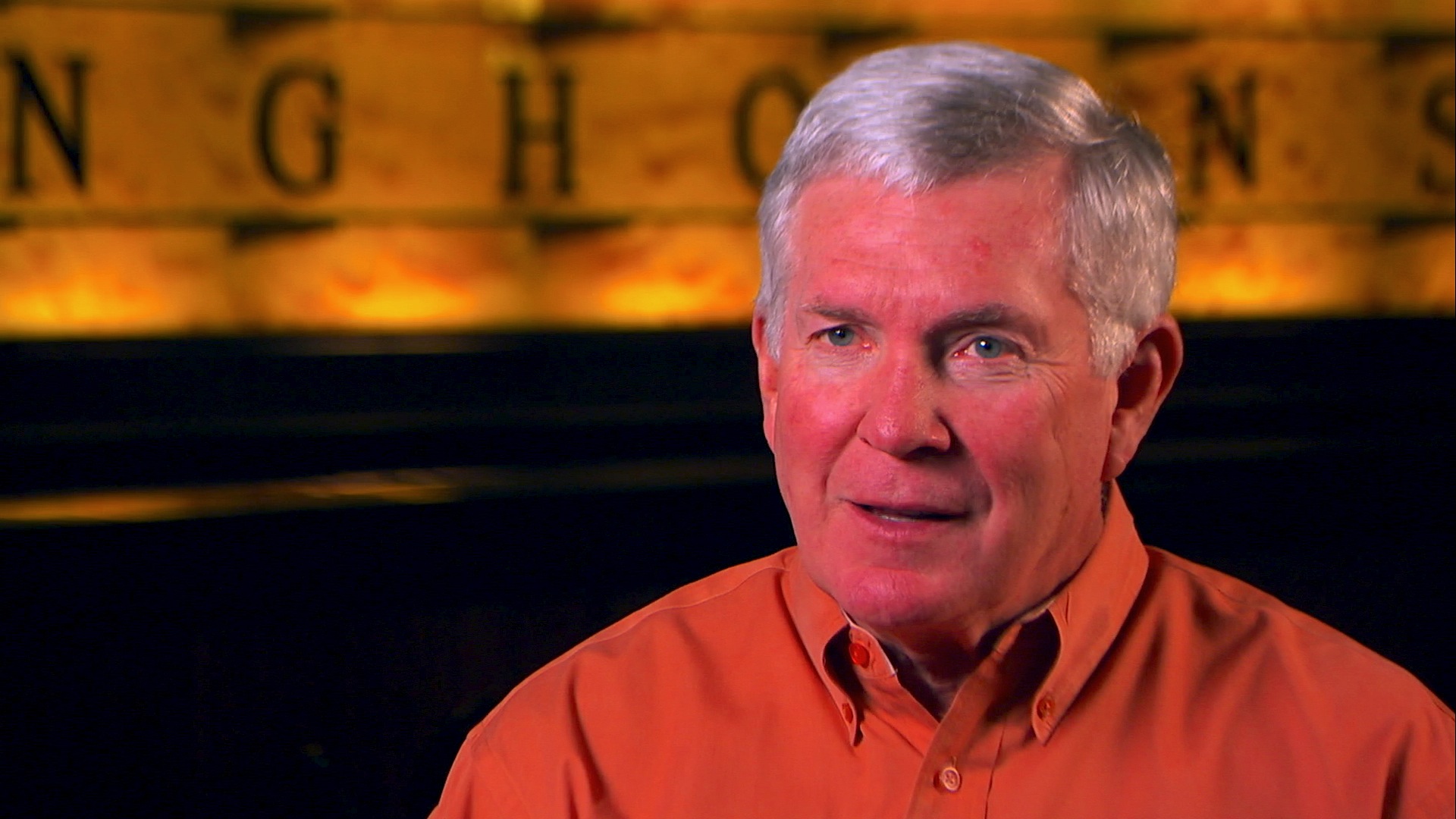