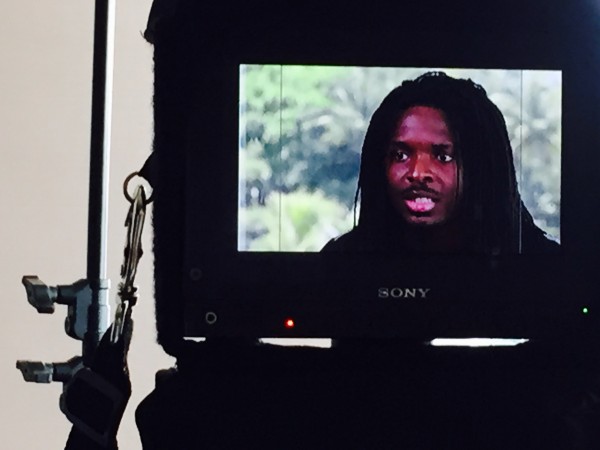 Game Changers is a shoot that I always look forward to. Being in an atmosphere with a celebrity who is more than athlete but an inspiration is rewarding.

Through their own personal trials and accomplishments, these Game Changers have always strived to give back to the community and individuals.

This particular Game Changers shoot was covering Oakland Raiders, Neiron Ball, who has had challenging times with medical conditions and the loss of his parents.

Flash forward to Ball overcoming his obstacles, landing a spot as a linebacker for the Oakland Raiders and still giving back to others.

At this shoot we went to a charity event in Gwen Cherry Park with football players from a variety of teams throughout the country.

Ball spoke to the athletes about pursing their dreams and aspirations, the importance of education and the value of life.

After the speech, Ball passed out backpacks filled with school supplies for all of the children.

The second part of the shoot was a one-on-one interview with Ball and a few of his close friends that happen to also play football.

The challenging part of this shoot was battling the fact that we had to shoot in a room with no windows with little to no cover on them.

All of the other rooms were either too small or taken but working in the field is never 100% perfect conditions since you don’t always have control of your environment.