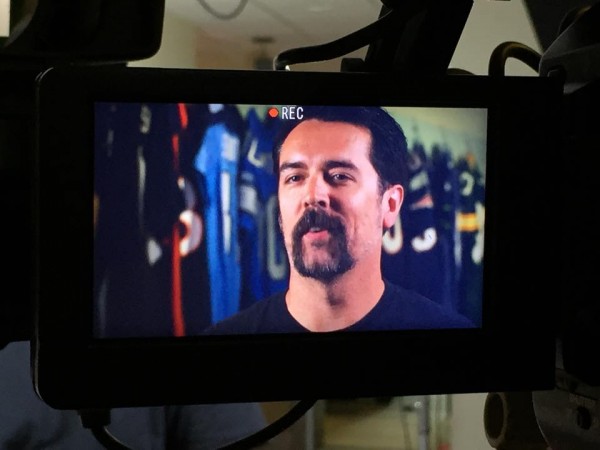 Miami Crew Gets in the Game with EA Sports 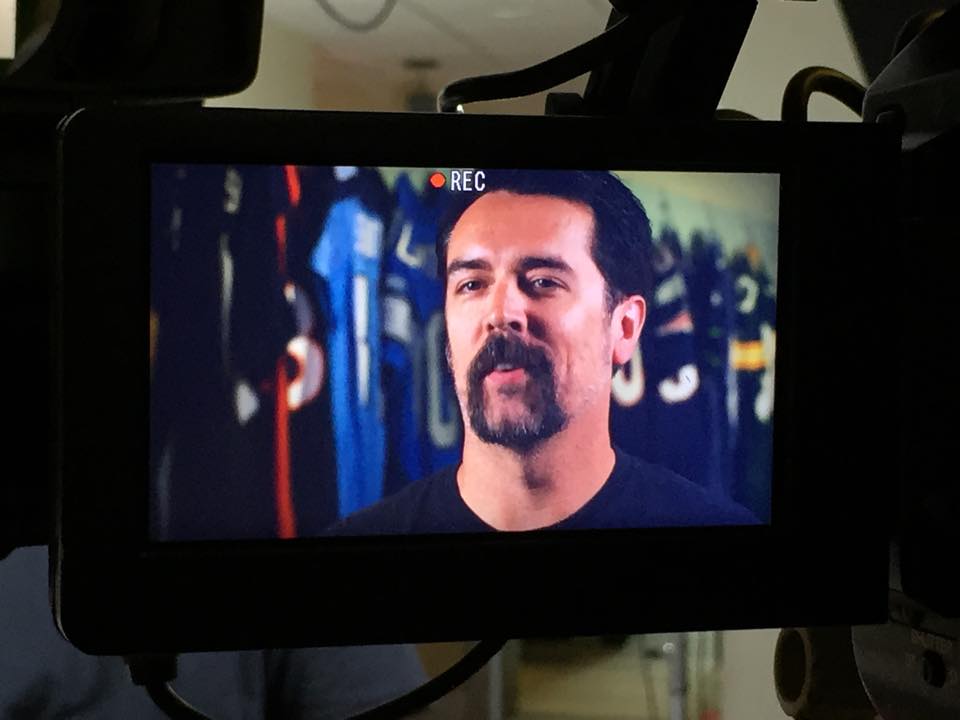 Growing up playing video games I had always loved the sports games the most! So on October 28th when I had the chance to shoot for Electronic Arts for a series of EA Sports interviews, well it was like a dream come true!

The assignment was a two-day shoot at their Headquarters in Orlando, Florida. We recorded 11 interviews the first day and eight interviews on the second day; all of which required lighting set ups and different locations throughout the six story building.

The people we interviewed were involved in all different facets – from script writers to animators. I got to see how much work goes in to creating a video game.  I used my Kino Diva Lights for the sit down interviews, specifically my 400 and 200 watt fixtures. I used my 70-200 mm lens whenever I was able to. The lenses I used depended on the space available at the different locations. 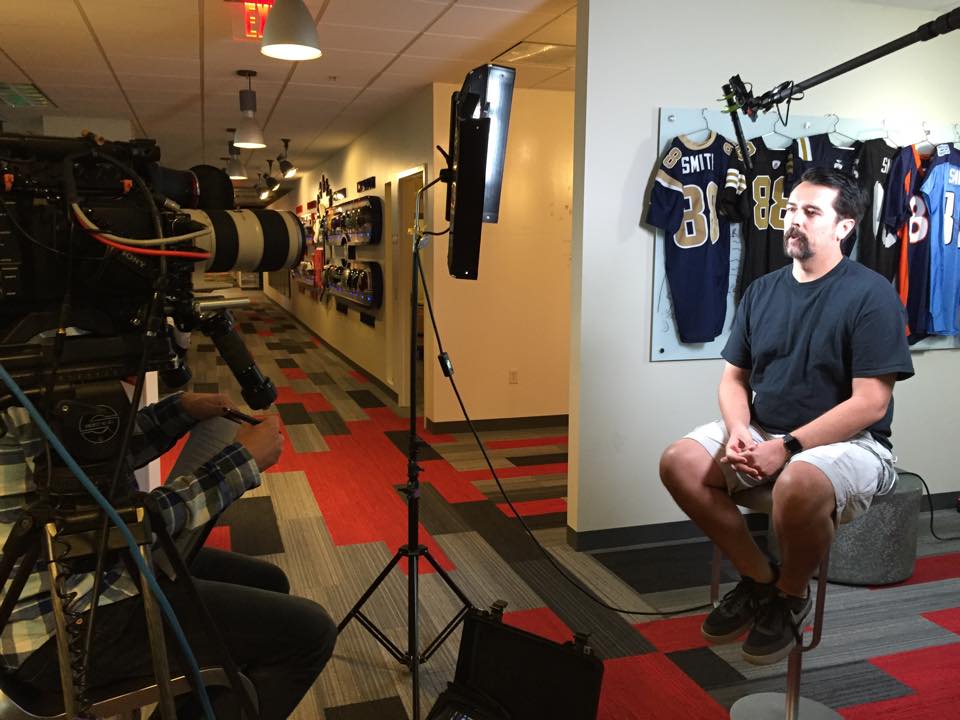 Once we shot the interviews we then filmed b-roll of the people working at their desks. In order to be more mobile and quicker, I took a light panel around with me to light their work space.  We also used a slider for some of the b-roll to give the piece a little bit of movement. I also took my 400 Diva and bounced the light off the ceiling to give the shot some light.

Over the course of the two days, we shot six different stories. The first two stories were about the golf video game, Rory McIlroy ’16. They discussed how EA implemented real life golf courses into the game and how they incorporated sound effects.

Field teams brought the golf courses to life by scanning each course in person. Through the use of photography and drone cameras, they replicated world renowned golf courses down to every last tree and surface. 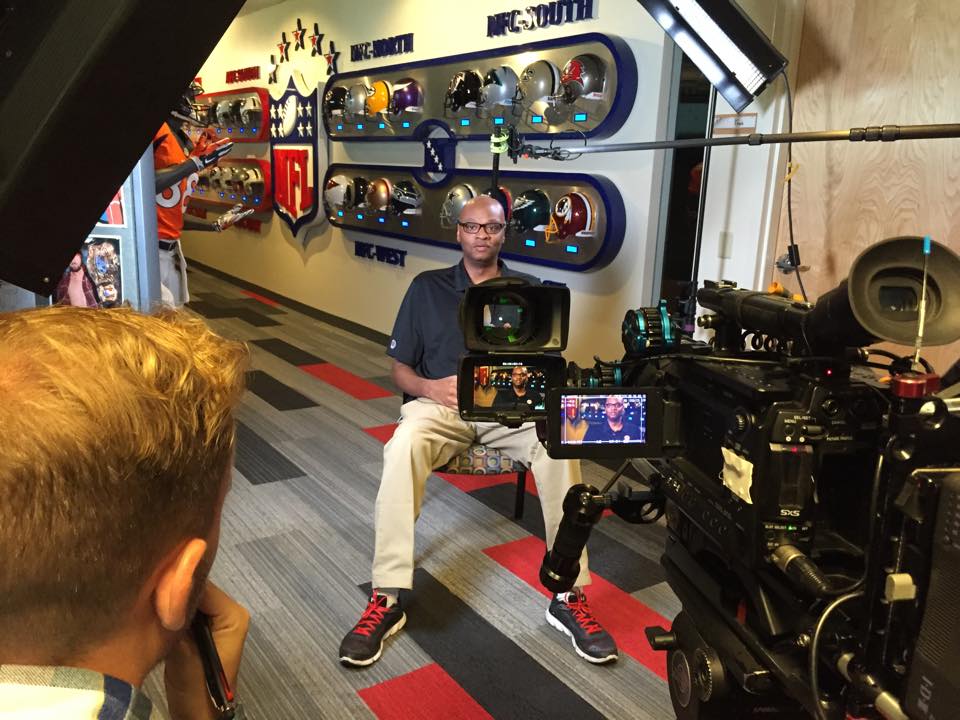 The third story took a different route and focused on women in the gaming industry. An artist, coder, and animator shared their stories of breaking into the industry. Each woman provided a unique perspective and background to illustrate how females are moving the needle in a once male dominated industry (including sports games), while encouraging the next generation of girls to pursue their passions.

The last three stories all talked about the video game, Madden NFL. EA replicated the larger than life personalities of the NFL by doing pre-season facial scans and using motion capturing celebrations and mannerisms.

EA then explained their use of game cinematography. An award winning cinematographer from NFL Films implemented a new camera system into Madden by motion capturing the camera itself. With this advanced technology in place, the in-game cameras would mimic the moves, lenses, and angles used by real camera men on NFL sidelines to make the visuals more cinematic than ever. 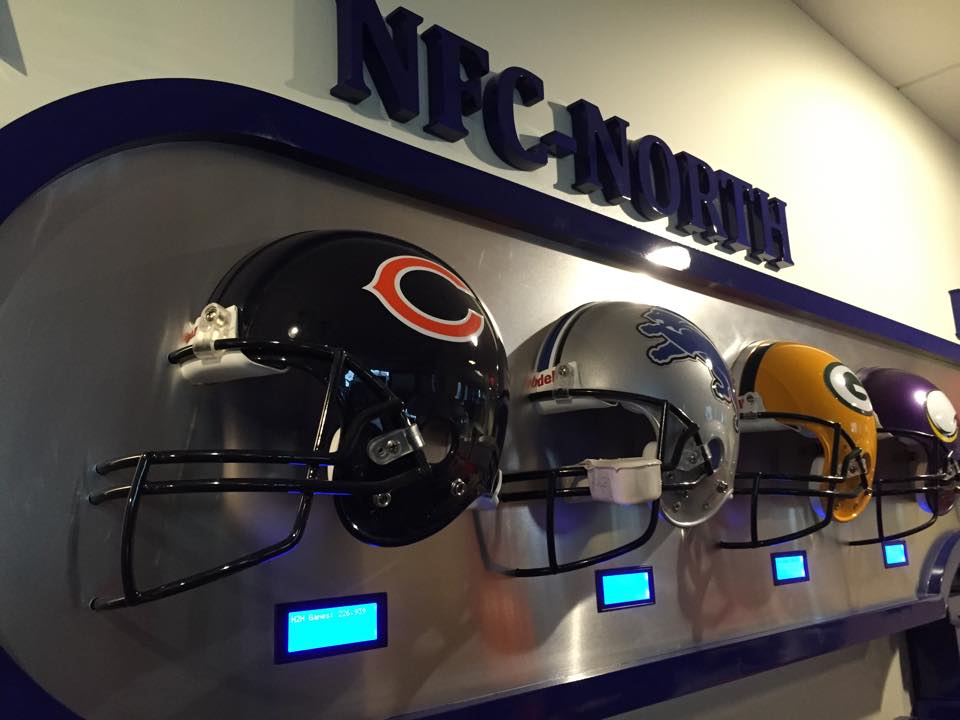 Miami crew got the inside scoop on the video game, Madden NFL.

EA ended with explaining how a team of producers brought authentic NFL plays directly into the game itself. They contacted NFL coaches and after rigorous film sessions, animators use an advanced program to assign each player a coordinate on the playing field via an x/y axis.

For me, one of the highlights of the shoot was interviewing the women that work for EA. In the male dominated world of video gaming, it was a unique look at how women influence not only the company but the gaming world as a whole. One of the women had previously worked on Peter Jackson’s film, The Lord of the Rings!