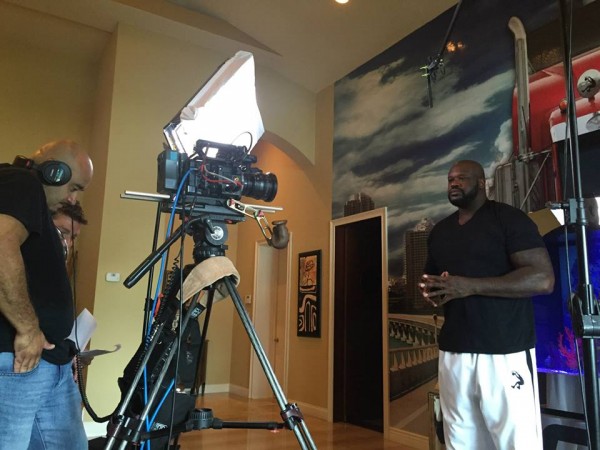 Miami Crew Has A Shaq Attack! 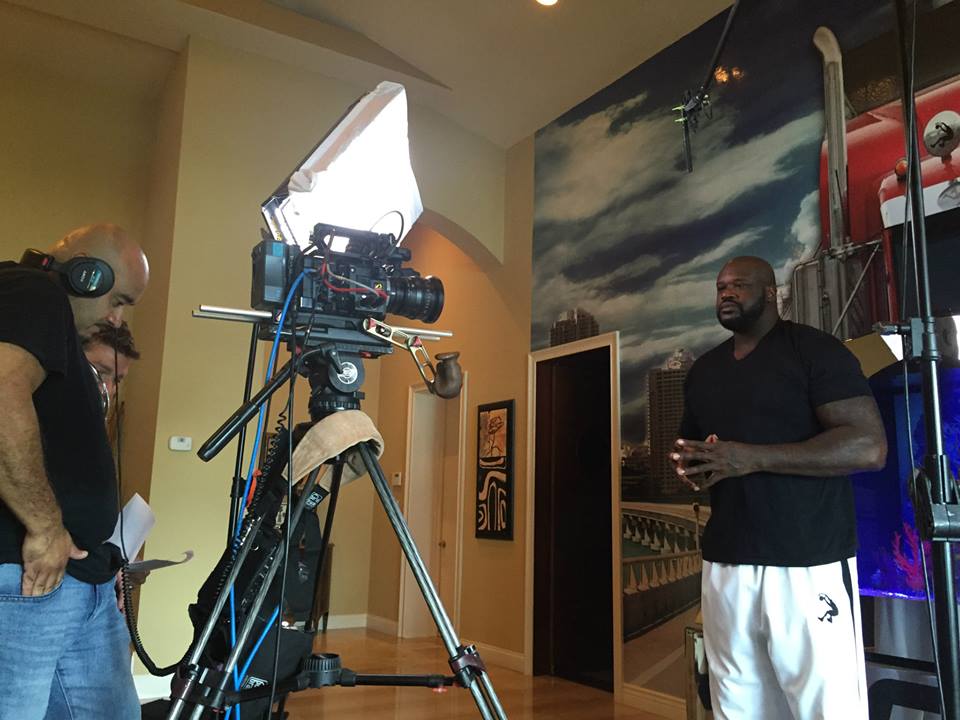 This was my second time working with Shaq. The first time I worked with him was a little over a year ago when I first got to Miami as Go To Team’s cameraman for Florida.

It had been my second shoot in Florida working for Turner on a show covering a charity event with Shaq’s Mom.

However, on the latest shoot it was all about Shaq! I was to shoot what they call “Bumpers” for Shaq’s TV special entitled “Shaq Week”!

Bumpers are short video clips leading you into another video. These bumpers had Shaq setting up the next video for the audience tuning into the show. 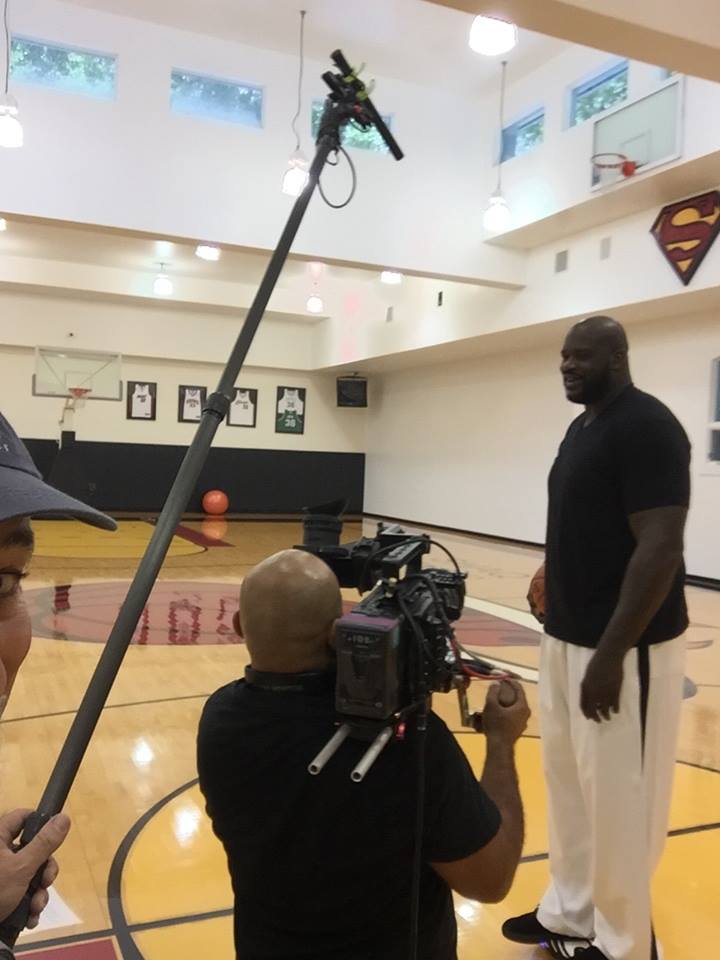 This was a fun shoot because we had to be creative with the space available.  We worked in his living room, home theatre, basketball court and even in his garage!

We filmed a little comedy sketch that didn’t make the final cut of the show but was aired on Facebook showing Shaq acting as the cameraman and letting the audience know that he wears many hats to make the show a reality!

I shot the piece with a Sony F55, my camera of choice! I needed to use the 14 mm prime lens on most shots because of how big Shaq is. Shooting someone so tall has its challenges but I was able to pull it off!