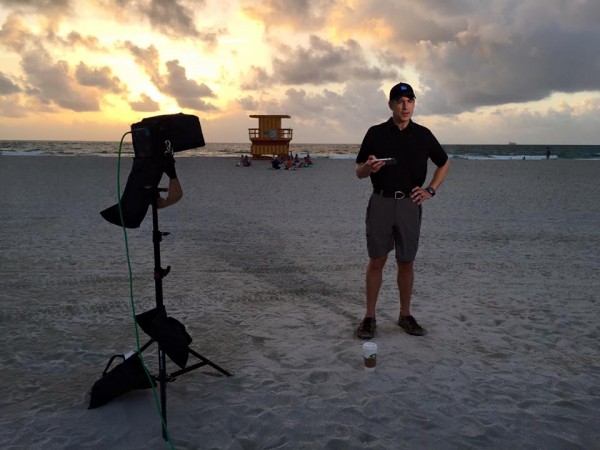 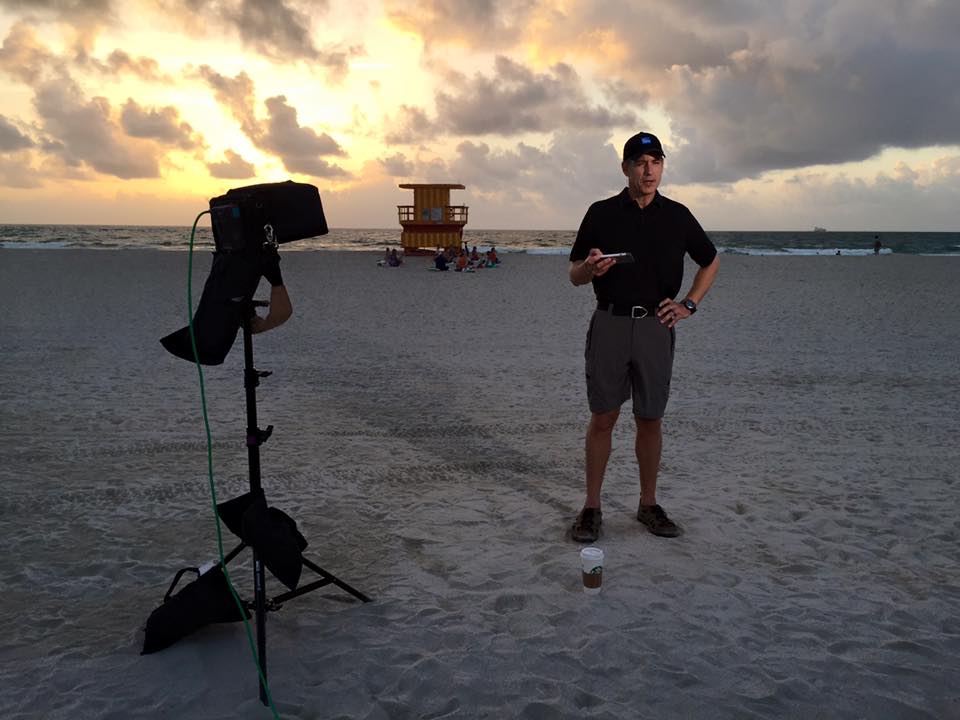 This was my second time working storm coverage for The Weather Channel as a camera operator! The first was a tropical storm that I covered in Myrtle Beach, SC!

In both shoots these storms had the potential in becoming category 1 hurricanes.

Since I live in Miami I prepared for the worst. I purchased supplies that I would need such as a lantern, flashlights, plastic bags, towels, food and water.

For hurricane advice I turned to our senior cameraman, Dave Baker, for his experience and insight into covering storms of this nature.

Once I arrived to the beach (not a shabby location), I met up with the producer from The Weather Channel, Trish Ragsdale. 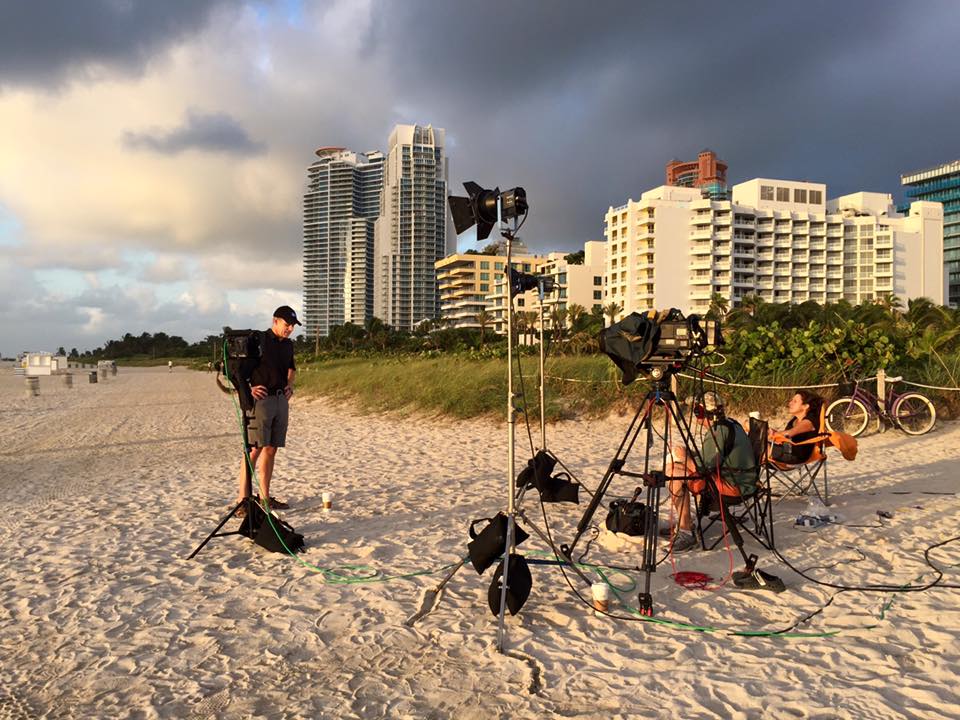 I checked out the water and couldn’t tell of any signs of a storm a brewing since the waters were calm and still dry.

I started unloading gear out of my suburban onto the beach alongside my audio op., Robert Shaw.

We set up two HMI’s onto the beach as far as it would allow, which gave us power and radio frequency coverage for the IFB.

If we were to go out too far out then the signal would cut out so we weren’t able to get as far down to the beach as we wanted to.

The field meteorologist was Mike Seidel for Tropical Storm Erika.  That morning I was able to capture a waterspout on live air, which has never happened for Seidel so it was a privilege to accommodate him with that!

Day 2: The set up for day two was pretty easy since we had a game plan for setting up just like the day prior.

On this day we would say goodbye to our producer Trish and meterologist Mike and say hello to our next producer Michelle Birnbaum and meteorologist Reynolds Wolf! 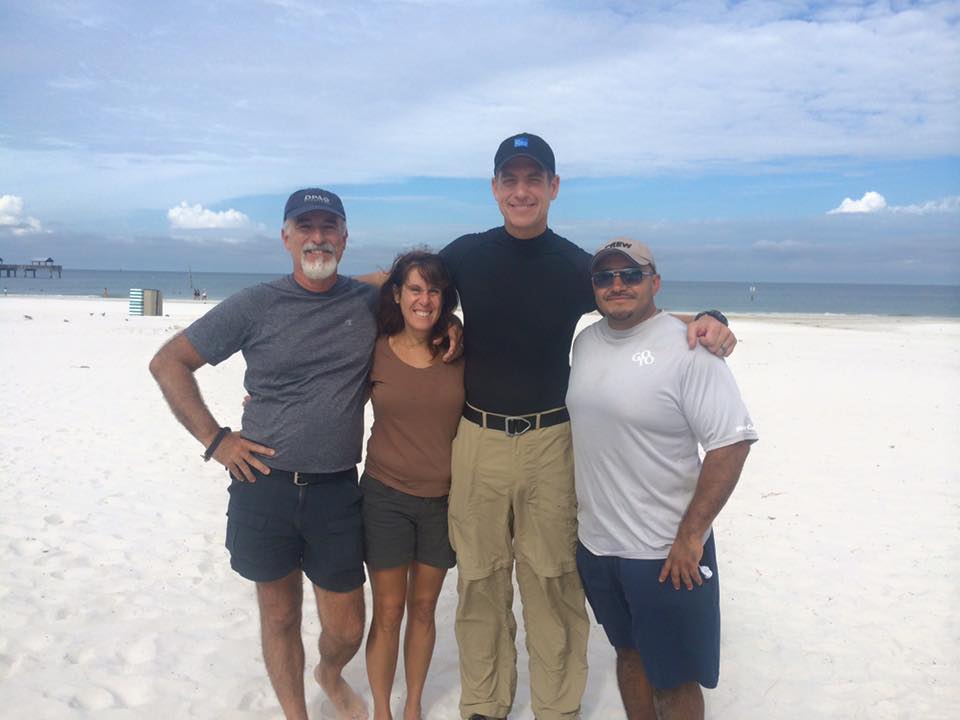 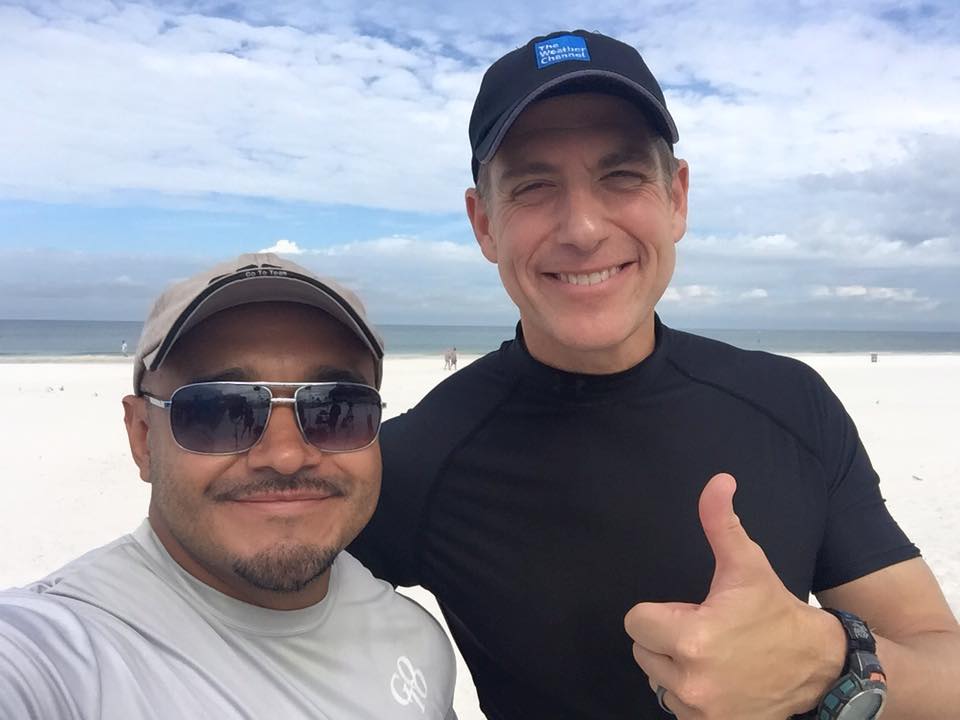