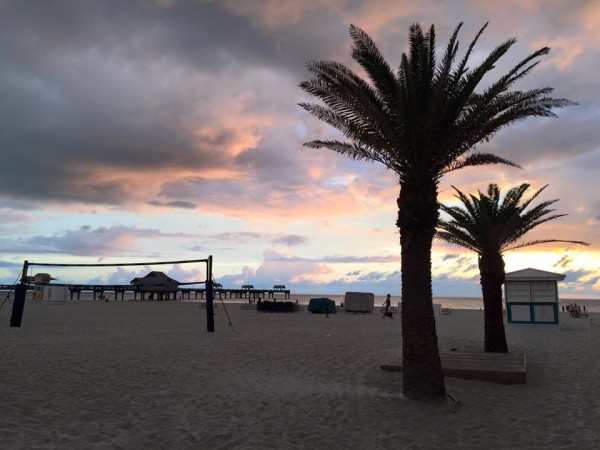 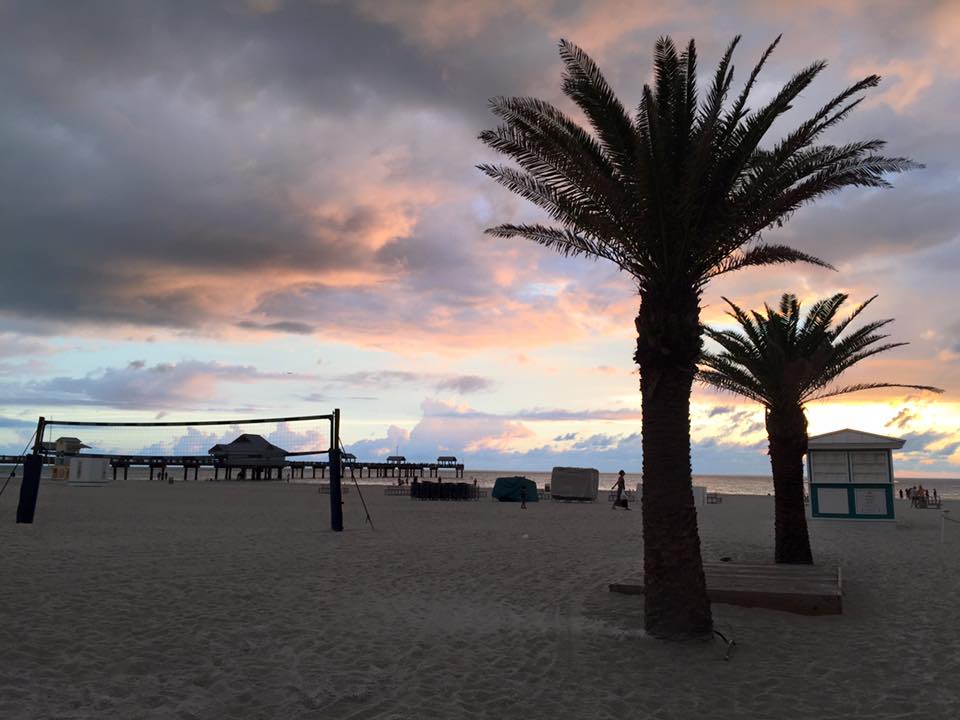 Day three covering Tropical Storm Erika was by far the roughest day by far due to all the rain.

On the plus side, we got an extra set of hands with a production assistant, which proved to be invaluable!

On live air I was able to capture a beautiful sunrise that even had Wolf stop for a second and enjoy. As he watched he continued to narrate his thoughts on the wonders and artistry of nature.

We finished early day punching out at around 11 a.m. so we could chase the storm by driving to Clearwater, Florida.

However, at this point there was no longer a threat of a hurricane so we continued covering the rain that would follow in its aftermath.

Day four was a beautiful day, but it was not off to great start. About 10 minutes before we were going live I noticed that the lens in the camera had developed condensation and the camera (Panasonic HDX 900) itself was giving a warning light and error reading “HUMID”. 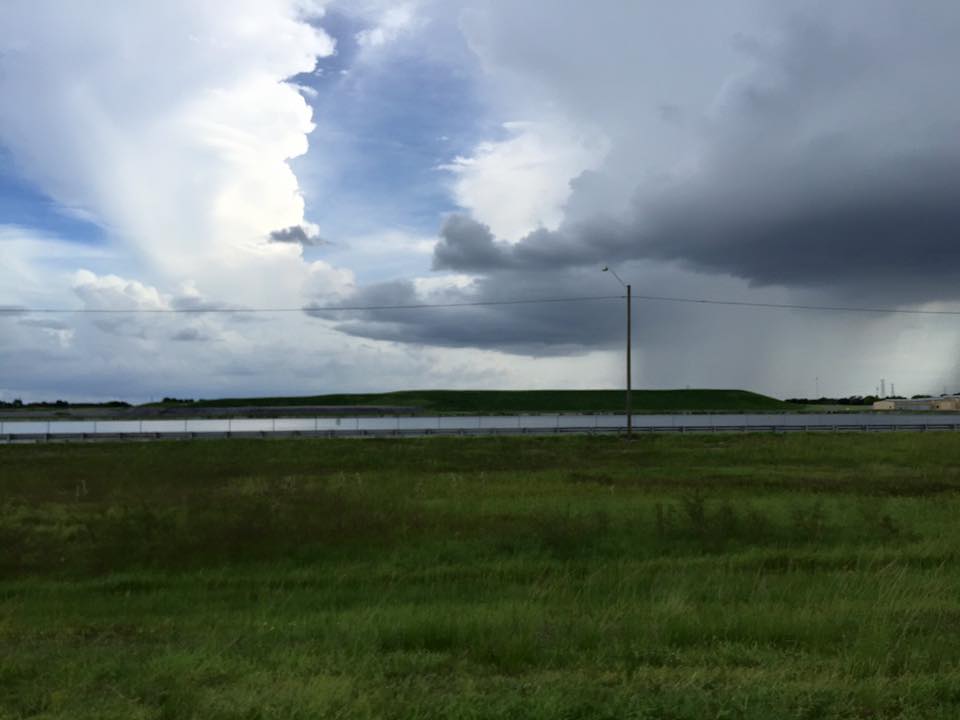 This happened once before and I spoke to DP Dave Baker about it, but he reassured me that the camera would still function if this were to happen and to not freak out.

However, I didn’t want to take any chances as this being a live shot and the fact that my lens was foggy. I decided to go to my back up camera that the staff at the Go To Team office sent me the day before shoot.

I pulled out the Panasonic HPX 170 a P2 card camera then I tried to switch out the base plate but the screws wouldn’t fit and I had seconds to go before air time. CRUNCH TIME! 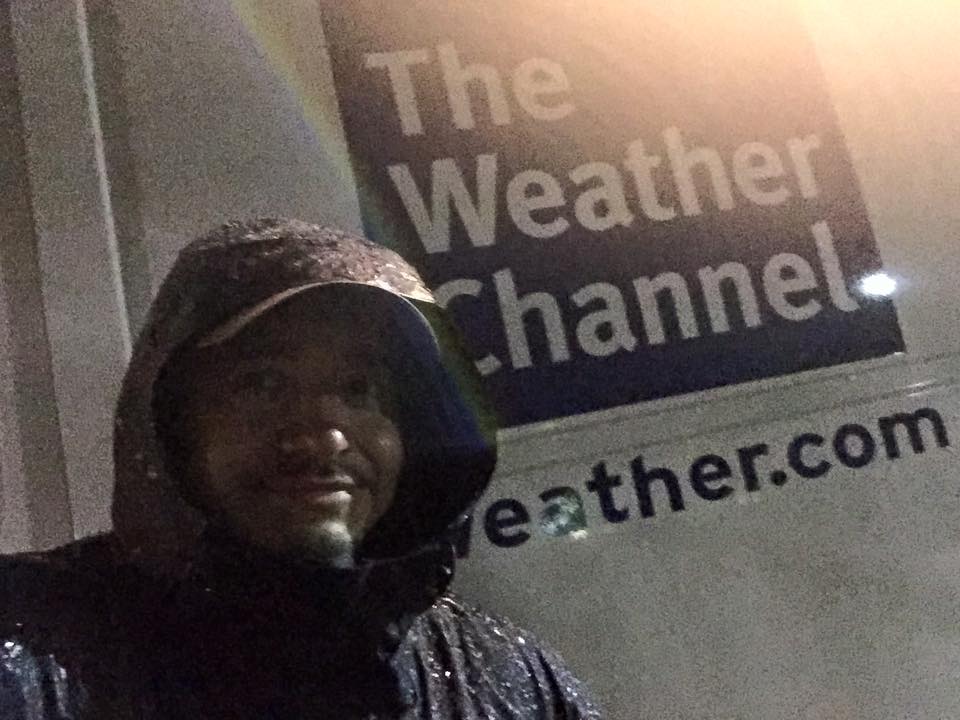 I decided to put the camera on the tripod and hold it in place with both hands for the duration of the live shot. Ultimately I remembered that there was an extra tripod in my truck so I grabbed it to switch out tripods as well with a new base plate that would fit the camera.

I was pretty impressed with the image quality the Panasonic HPX 170 outputted. As I was letting my HDX 900 dry out I had thought of going back to it at some point but then thought, “If it ain’t broke why fix it!”