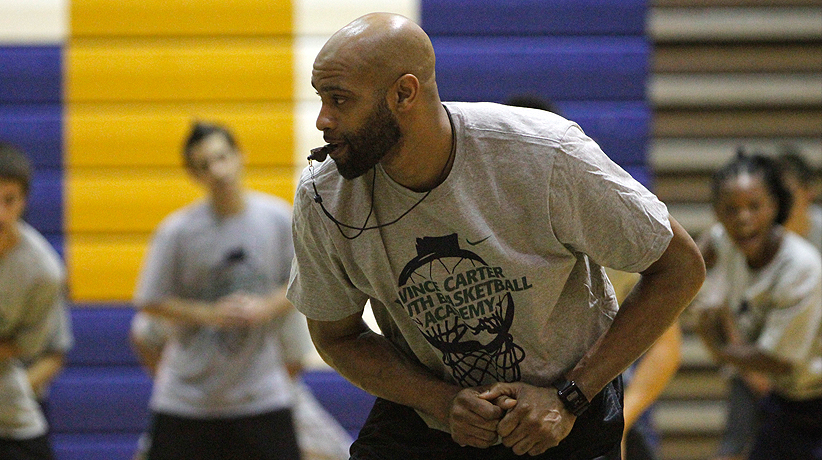 When you think of Daytona Beach what comes to your mind?

I had the opportunity to travel up the Florida coast to Daytona for a segment about Vince Carter Youth Basketball Academy for the CBS program “Game Changers”.

Carter qualifies as a ‘Game Changer’ for his many philanthropic achievements in the Daytona community.

The CBS segment included the coverage of the 2015 Vince Carter Youth basketball Academy, interviews with participants and coaches along with a one-on-one interview with the philanthropist himself, Mr. Vinsanity.

During the interview Carter made a point to mention that the basketball academy is more than just learning the game of basketball. It’s about life’s lessons and the importance of a good education.

The most challenging part of this particular shoot was the amount of time we had to execute it. We had to quickly get interviews with campers and their coaches on their way out of the facility. Needless to say, this was our only opportunity to do the interviews.

These interviews were shot with the available exterior daylight and the use of a Flex fill bounce to fill in those high noon shadows!

We used a Canon C300 with a 24-70mm lens for the B-Roll and a 70-200mm lens for Carter’s interview to get the shallow depth of field that we needed in order to get the blurred background look that the producers were going for.  I also used my 300 and (2) 150 Arri lights to light Vince’s background.