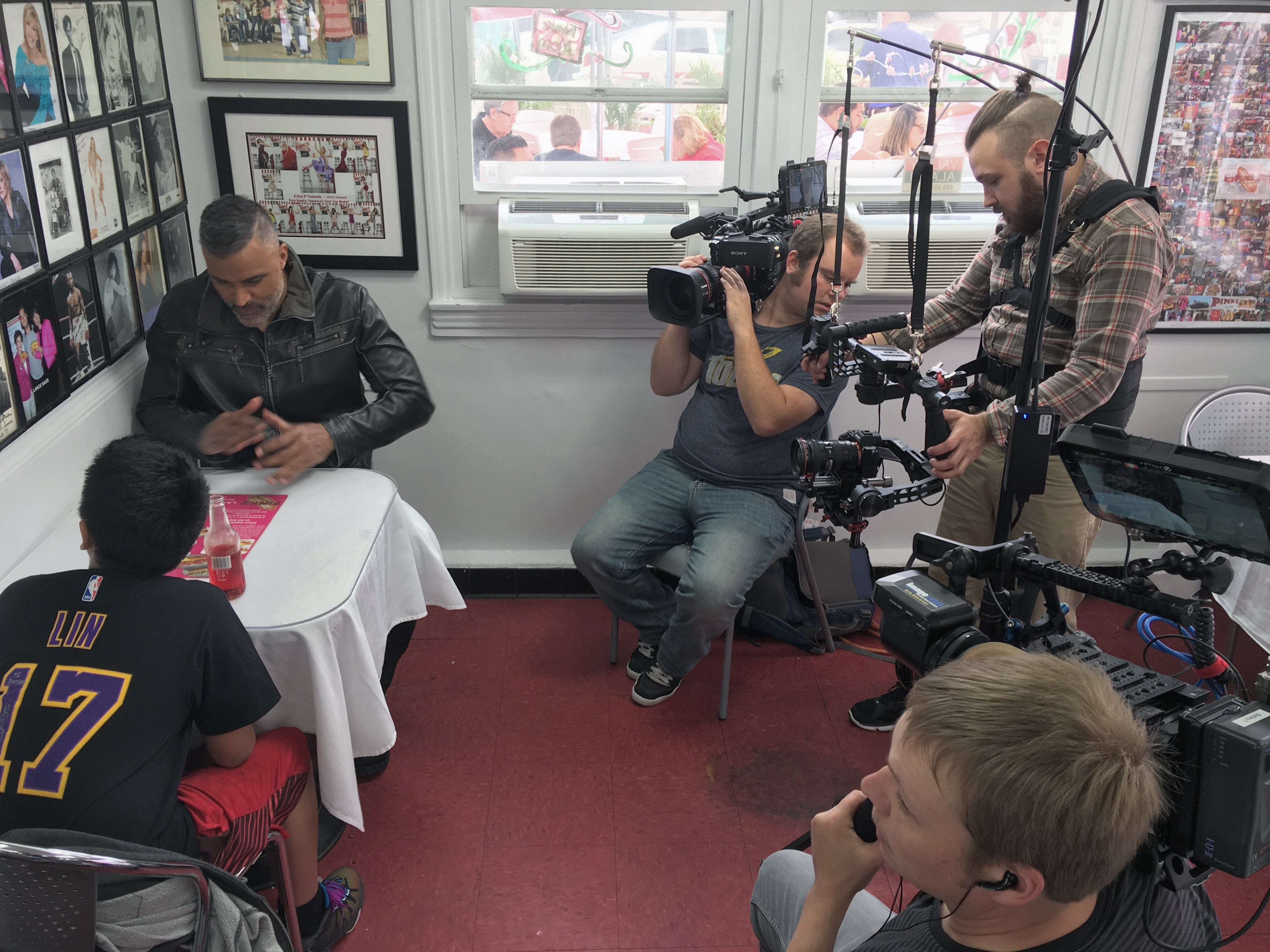 Here’s out setup from day three at Pink’s.

I had the pleasure of working in L.A. these past three days.  It was awesome.  I was shooting for NBA TV’s “After Dark with Rick Fox.”  What made the experience even better was that I got to work with L.A. DP, Mark Phillips and San Francisco DP, Craig Goodale.  We were shooting on an assortment of Sony cameras including the F55, F5, and A7S.  S-Log 2 was requested by the producer. 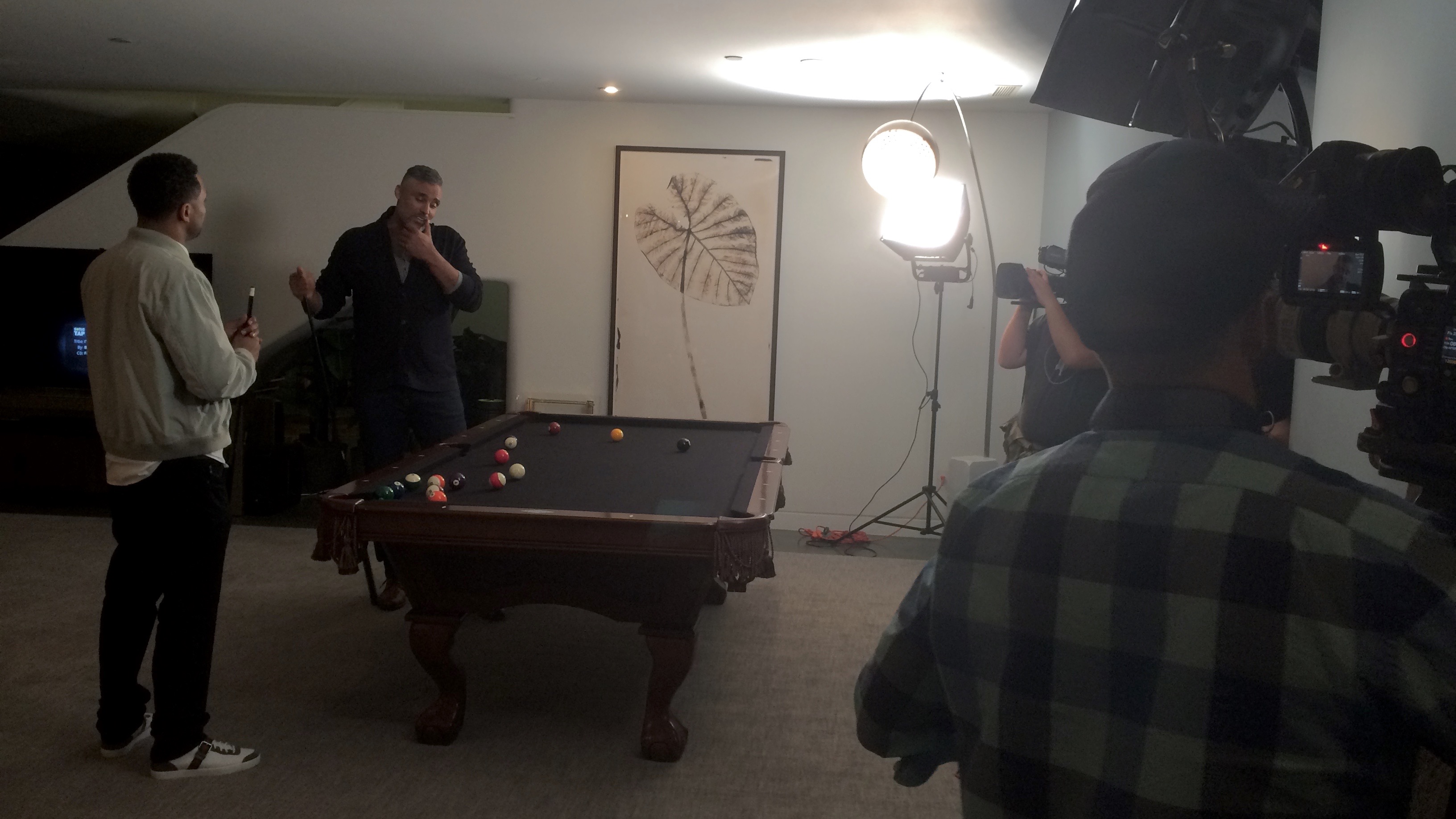 I worked with Mark the first two days. Day one was spent up in the Hollywood Hills.  We shot an interview with Rick and comedian, Mike Epps as they shot pool.  We used two Litepanel Astras to bounce light off the ceiling.  Mark and I cross shot with our respective cameras while our sound guy/apprentice, Jacob moved a Sony A7S back and forth on a MYT slider.

Day two was spent on the set of Disney’s “K.C. Undercover.”  Rick Fox plays one of the show’s villains.   He sat down with his co-star Zendaya for a one on one interview.  Once again, we used a couple of Mark’s Astra Litepanels with soft boxes attached to light our subjects.  We shot behind the scenes b-roll after the interview.

On the last day I met up with Craig at Pink’s, an L.A. staple.  We used one of his HMI’s to boost the ambience in the joint.  For this interview, Rick sat down with “Fresh Off the Boat” co-star, Hudson Yang.  They stuffed hot dogs in their mouths as they talked about sports, acting, and life.  For this interview we had Jacob mount the A7S to a Ronin for a third angle while Craig and I cross shot on the Sony F55 and F5. 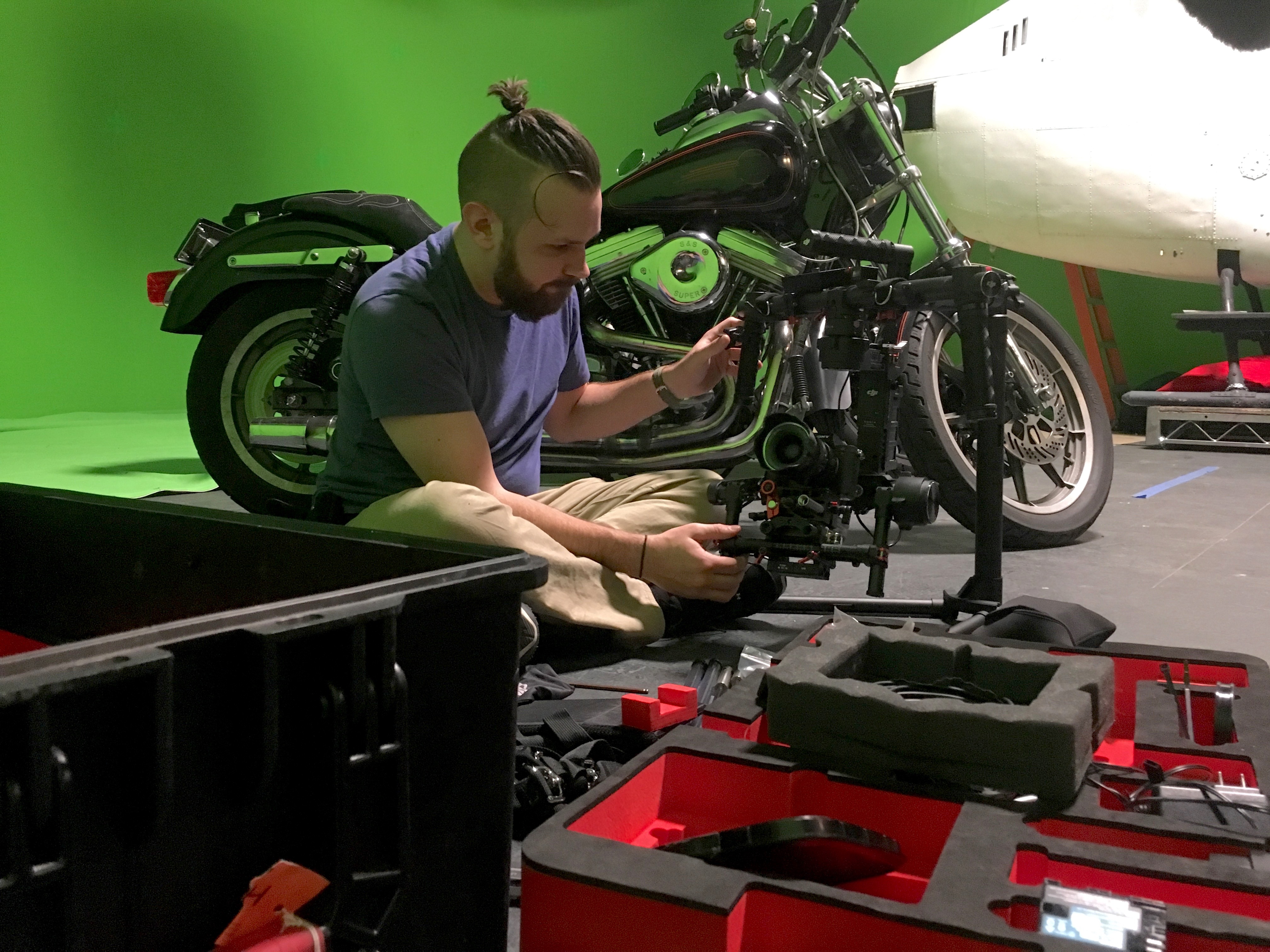 Shooting for “After Dark” was a lot of fun.  It was great to get more hands on time with the Sony F5 and the Canon 17-120mm.  That camera/lens combination is second to none.  Before I knew it I was on a flight back to Texas.  I can’t wait to shoot for this show again. 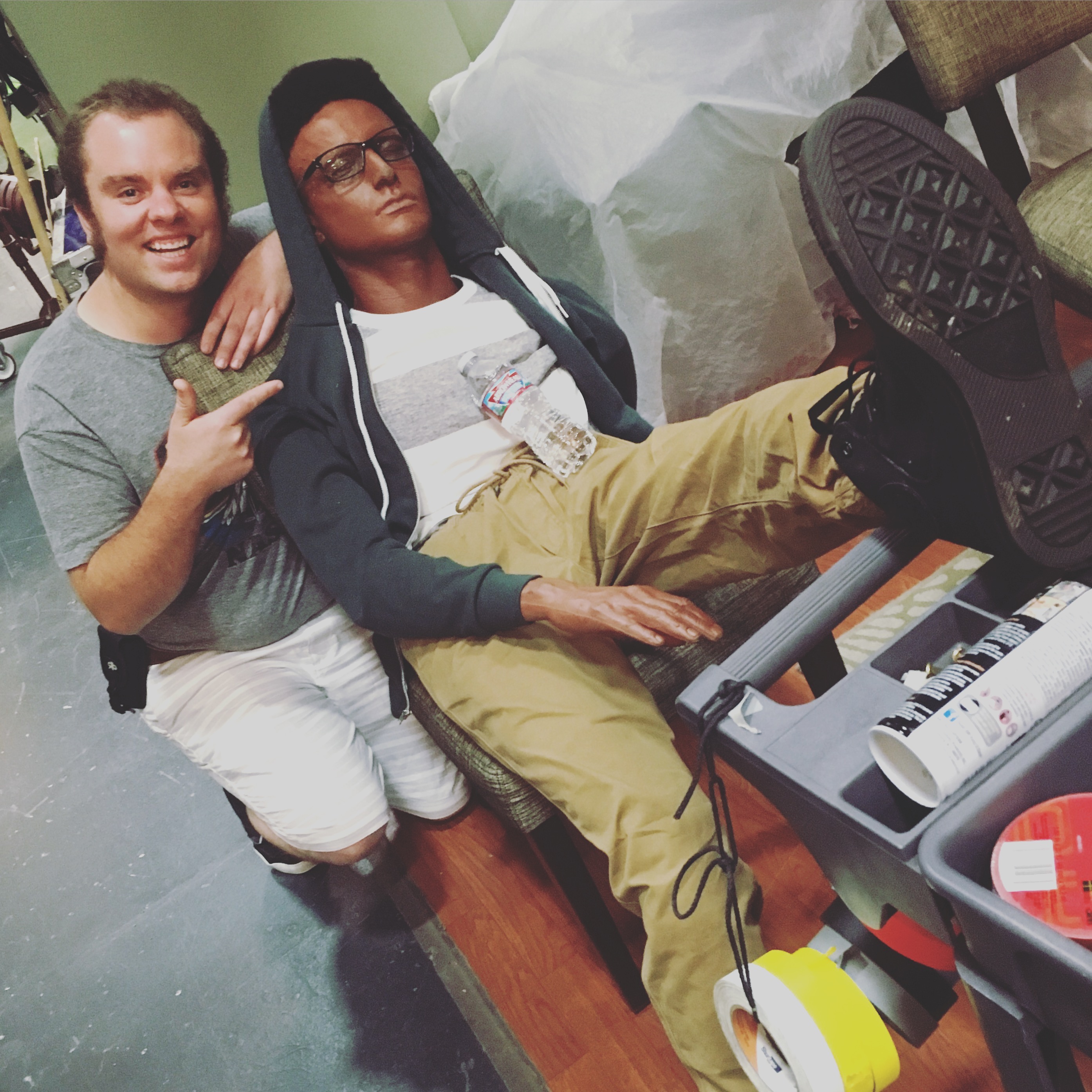 I did get to meet actor, Kamil McFadden’s “dummy.” Pretty weird, right?