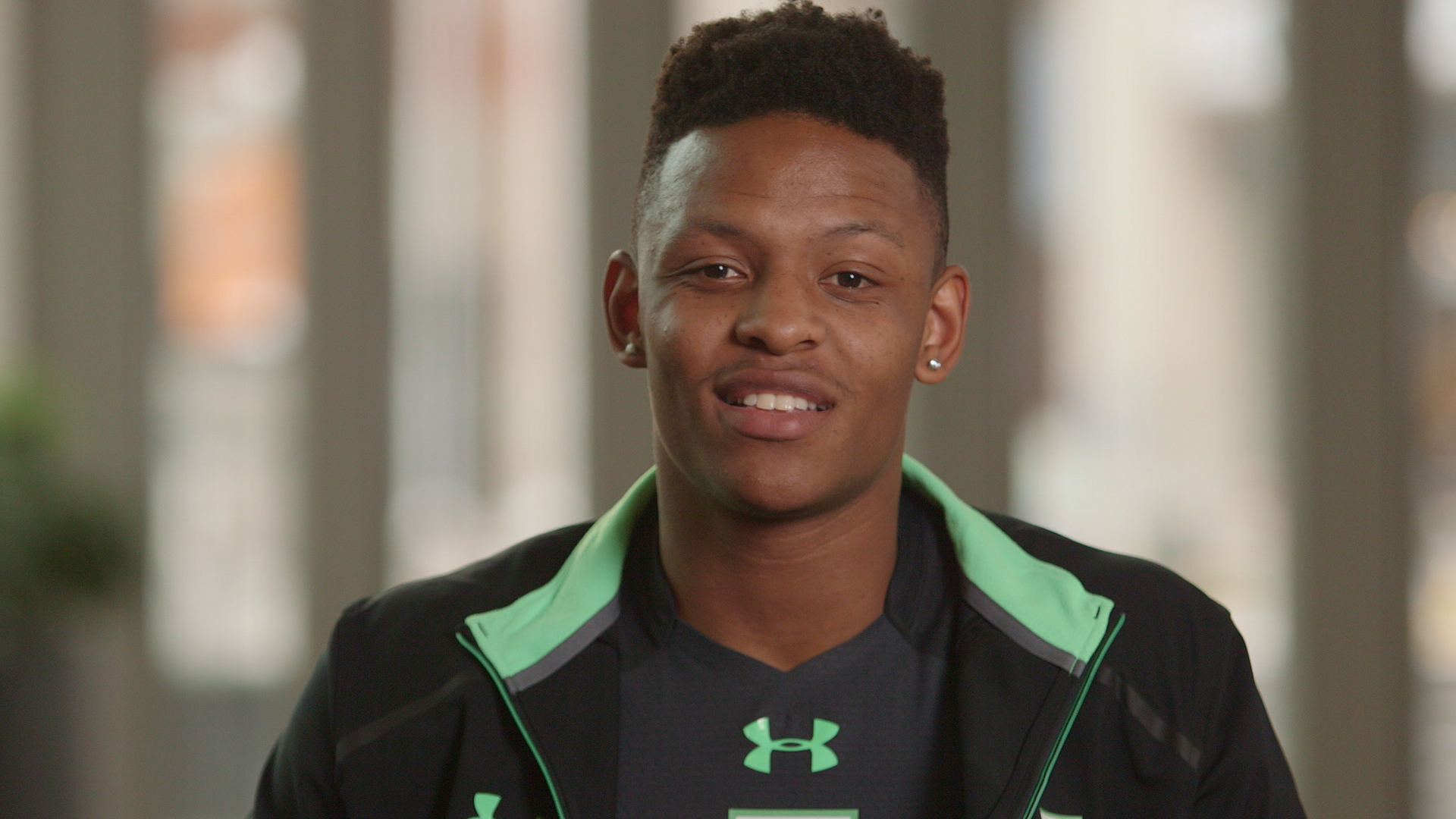 It’s always great to tell a story with another Go To Team Crew. Whether it’s having multiple GTT crews on the same shoot or shooting one part of a piece that another member of the team works on.

Recently, I had the chance to go to Indianapolis for Pac-12 Network to work on the second half of a feature they’re shooting on California Golden Bears Tight End, Stephen Anderson. The first half of this feature was shot in Houston, Texas by Go To Team’s Roger Woodruff, who caught up with Anderson while he was training for the NFL Combine.

Before leaving for Indianapolis, I spoke with Roger about what his experience working with Anderson, as well as, specific details that would help me match this second portion to what was already shot. Thankfully, Roger had some great advice that helped everything down in Indy go smoothly!

The NFL Combine is an annual skills evaluation held by the NFL to evaluate college football players before they’re drafted into the NFL. Only 300 players are invited each year and Anderson was excited to have a chance to prove himself to NFL scouts. 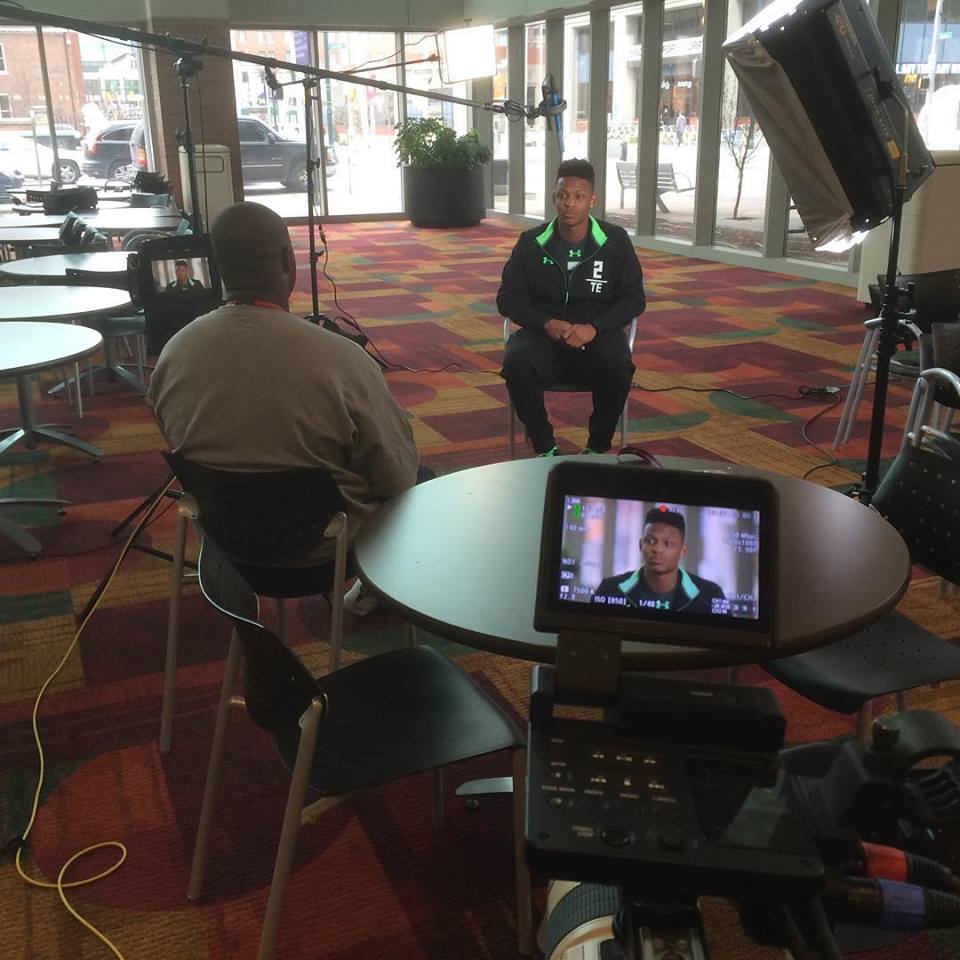 On Friday, we interviewed Anderson along with his father about Anderson’s experience at the NFL Combine and how busy he’s been. For the interview, we found corner of inside the Indiana Convention Center where we set up in front of some windows in order to create a bustling, downtown, big-city feel.

I shot on the Canon C300 and used the 70-200mm lens to get great depth and keep the background out of focus. I also set my camera up a good distance from Anderson in order to further help me achieve this. 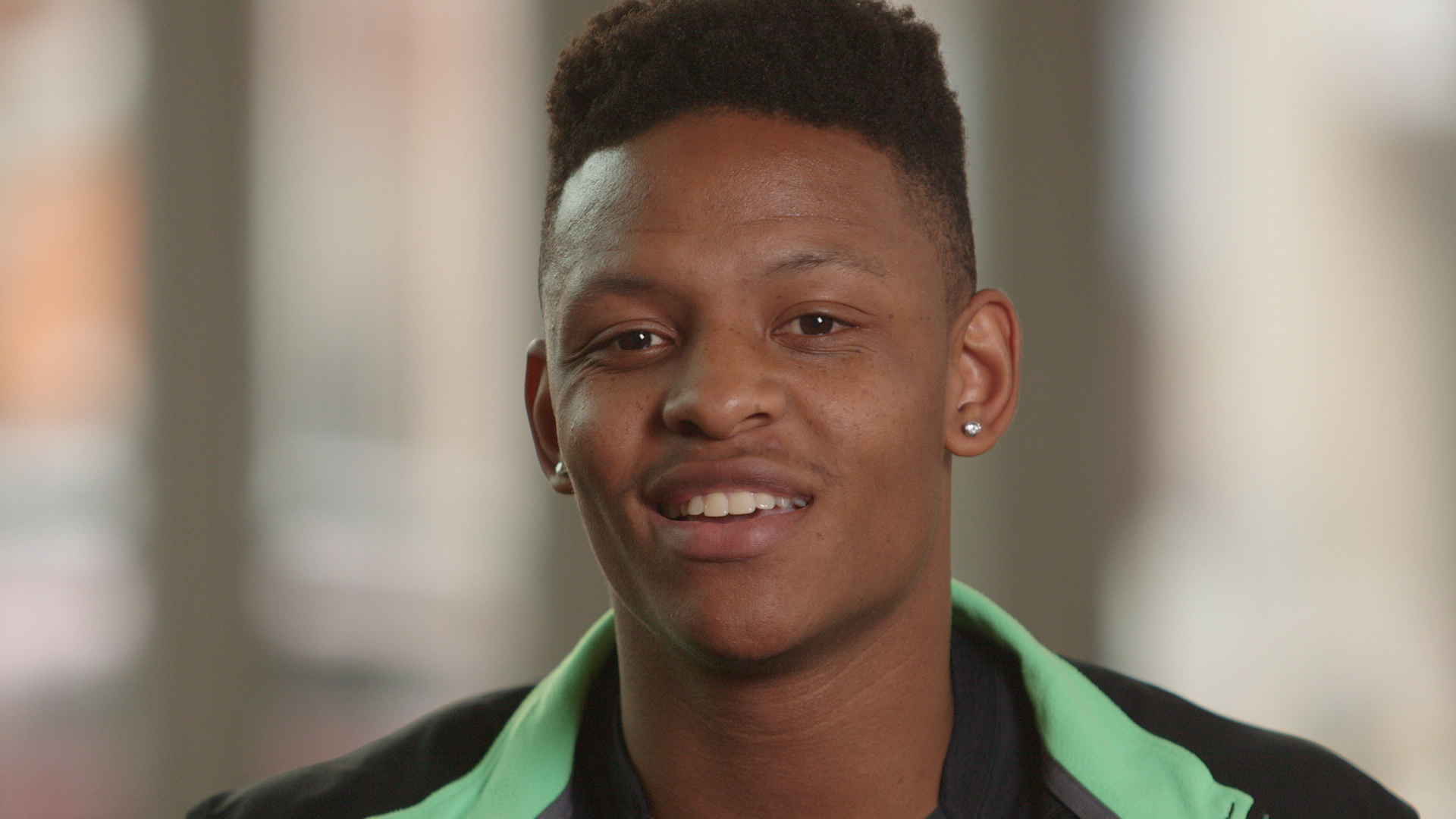 On Saturday, we filmed all B-Roll then I shot all Slo-mo to help create some drama around the day. Our first shot was Anderson walking down to the stadium before he would start his field workouts that morning followed by a whole bunch of scenics of Indianapolis and Lucas Oil Stadium.

It was a lot of fun being a part of this feature and Stephen Anderson’s story! Catch the finished piece on April 1st on Pac-12!