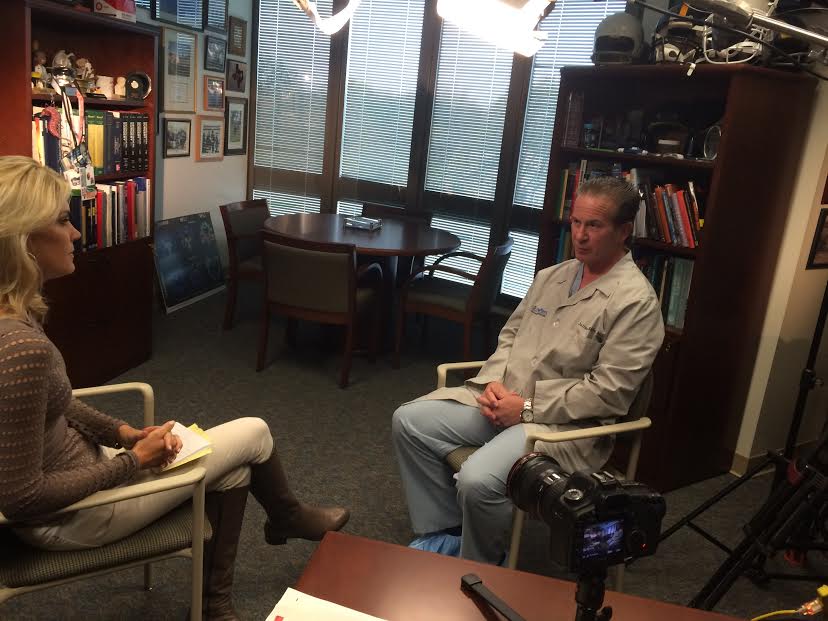 Have you ever seen the movie Concussion starring Will Smith and Alec Baldwin?

Well, we had the opportunity to shoot an interview for HBO’s The Fight Game with Jim Lampley with lead neurosurgeon Dr. Julian Bailes, who was portrayed in the movie Concussion by Alec Baldwin. Dr. Bailes is one of the leading researchers on the impact of concussions in professional football. During the sit-down interview, the questions were targeted on the cause and effects sporting events have on athletes bodies and best prevention for concussions in boxing. 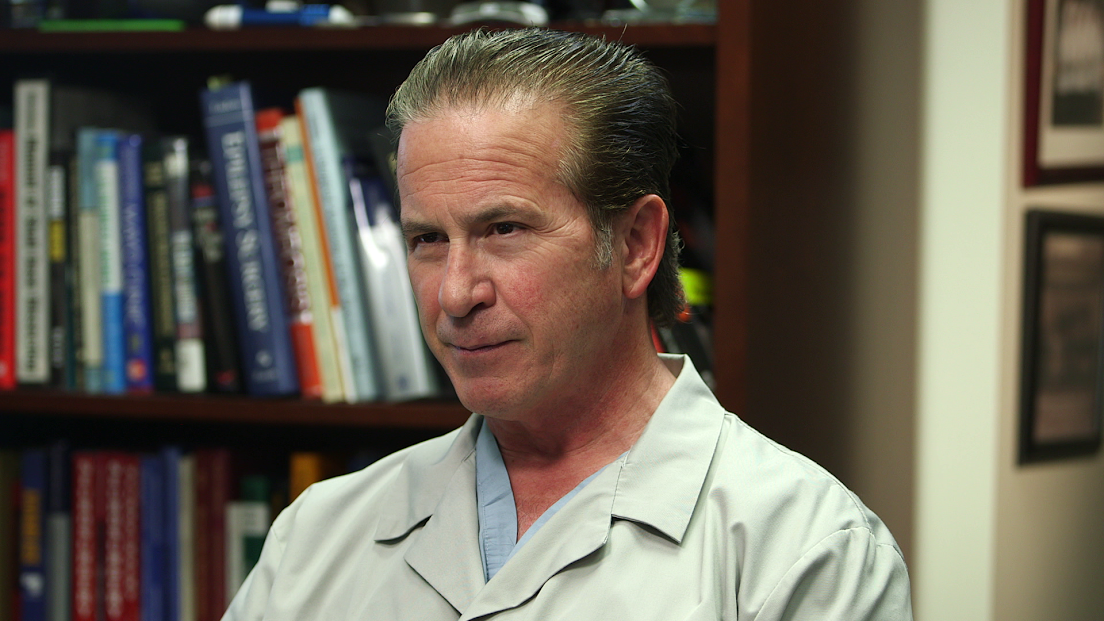 For this shoot, it was a 3-camera interview using two Canon C300’s on long lenses with my 70-200 in order to squeeze as much depth out of my shot as possible. For our third camera, we used a Canon 5D on wide lens for the two shot or “cutaway shot”. One of the major challenges was the short time frame we had to work with Dr. Bailes’s since his schedule is packed day in and day out. Our crew was only able to get into his office to set up when he finished his rounds making phone calls.

We only had 45 minutes, rather than the initial 1 hour and 15 minutes, so it was crunch time on setting up. EMERGENCY! Dr. Bailes was called to do an emergency brain surgery that afternoon and had to moved up our interview to accommodate. Not wanting to delay an emergency surgical procedure and all… 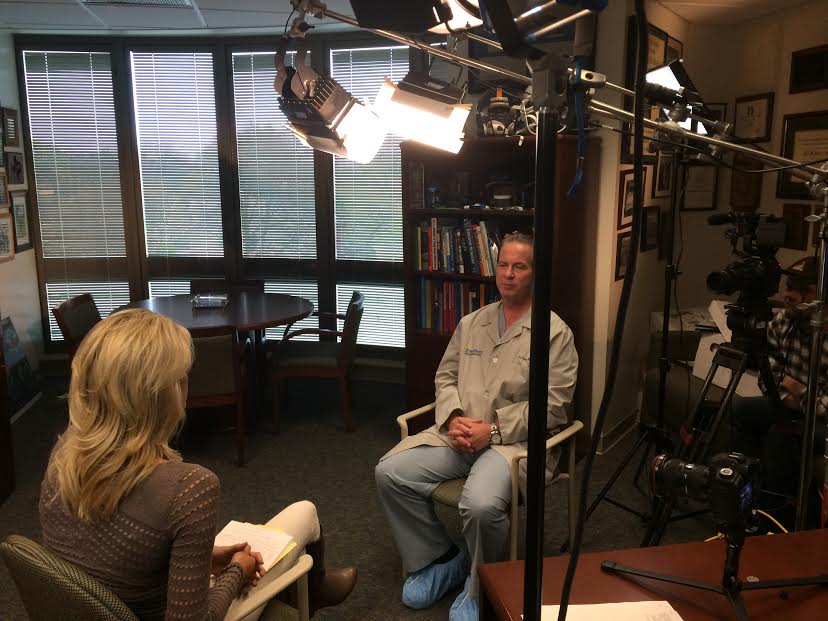 In order to combat the short time window, we went with a very simple setup for this interview. My second cam op provided two Arri LoCaster lights, which are very lightweight and bi-color. This allowed us to fly them above the talent’s heads and match the key light temperature to our backgrounds that had mixed tungsten and daylight.

The other challenge, which is one we often face at Go To Team was the limited amount of space. The office was very small and very difficult to fit 3-cameras in, let alone lighting and people. Again, our solution was using the Arri lights and flying them overhead to allow us room to place other background lights. For our wide shot, I actually place the 5D on a table stand right on the doc’s desk rather than using a tripod since there wasn’t room for a 3rd tripod anyway!

Overall, the shoot was a success and you’ll be able to watch our interview on an episode of The Fight Game sometime in early May.