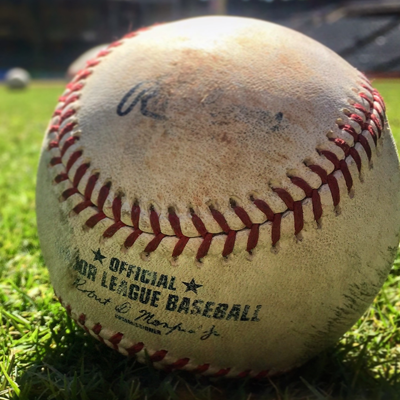 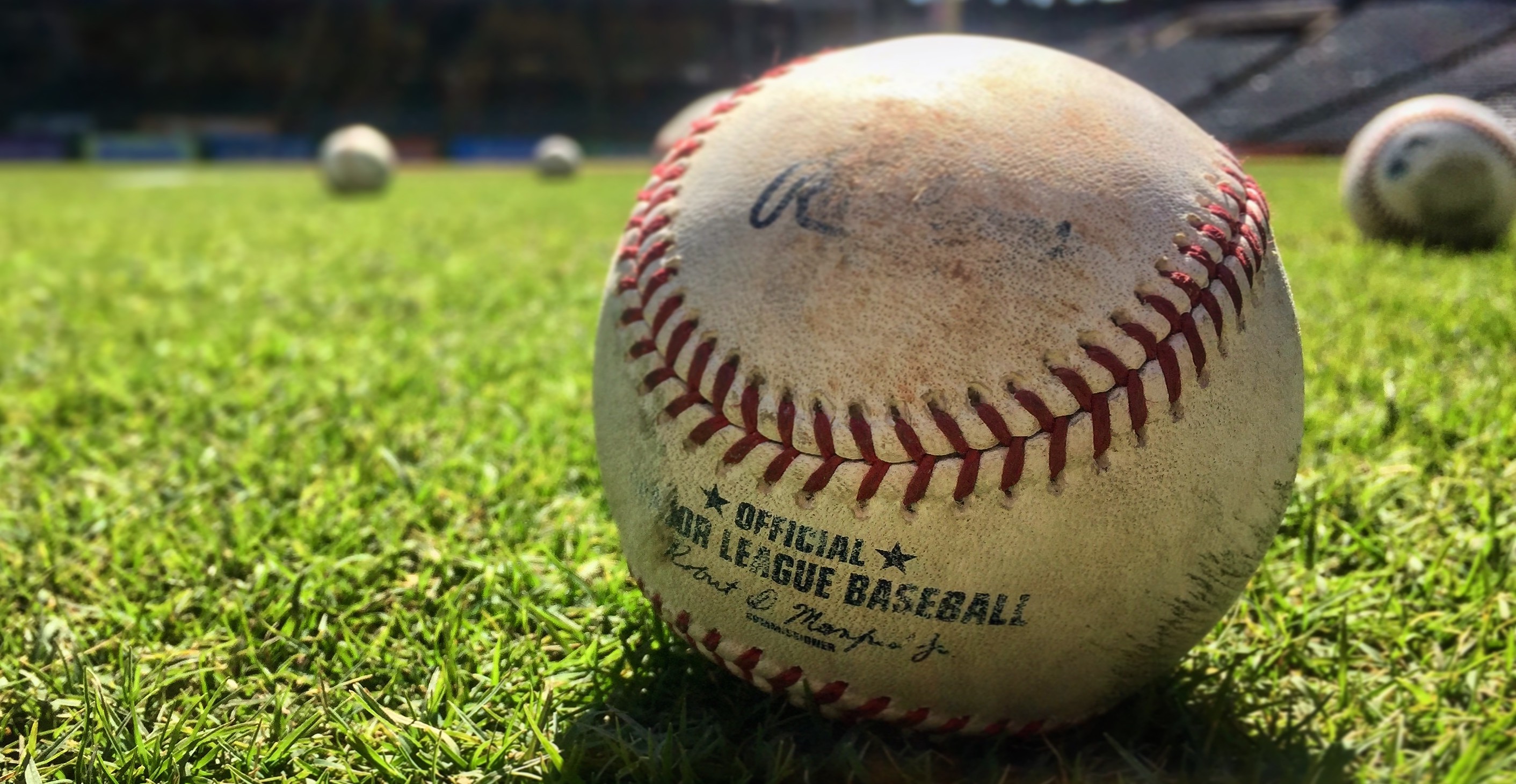 For Turners Sports I was sent to Arlington, TX, home of three things: Six Flags, the Dallas Cowboys and the Texas Rangers. This feature was focused on Tony Beasley, third base coach for the Rangers, and his battle with cancer. While doing a feature on someone with cancer is rarely a happy time, after meeting Tony and getting to hear his story, I knew this was going to be a good shoot. 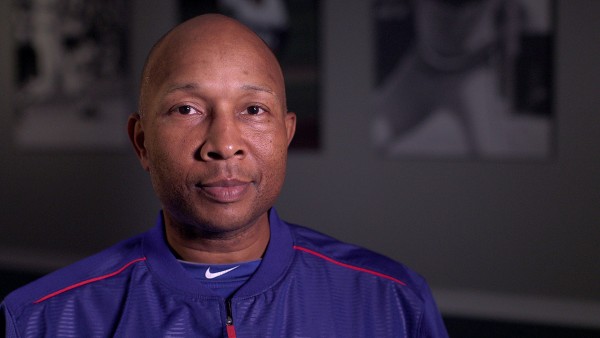 The main man of the feature, Tony Beasley

Our first day on set, we sat down for some interviews with both Tony and his long term friend and manager, Jeff Banister. For these interviews, we were given a small green room to set up in. I’m actually pretty generous when I say small green room… It was actually about the size of a normal bathroom, except there was a couch taking up half the space. It was going to be a bit tricky to squeeze four people, two cameras and all my lighting gear in this tiny room, but I was confident I could make something work. I was able to overcome the challenge of the small space with some creative staging of lights, cameras and talent to maximize the depth between the talent, cameras and background. For the interviews I lit with my Kino Flo Divas and Light Panels, while trying to maintain a dark and somber look for the interviews as requested by the producer. My main camera was a Canon C300 with a 50mm L-Series Prime, to really make the background blur out. My second camera was a C100 with an 85mm Prime as a side-profile shot. The combination of these cameras and lenses helped a lot to overcome the small space we were working with. 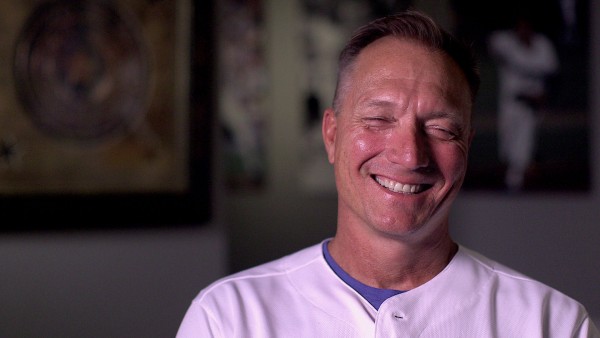 Jeff Banister, reminiscing about his long time friend and coworker.

After the interviews, we stayed for the first half of the game that night to capture B-roll of Beasley and Banister during the game. Luckily for us we were able to mic up Beasley and to position ourselves right next to the dugout to get some great dugout interactions between him and the players during the game. 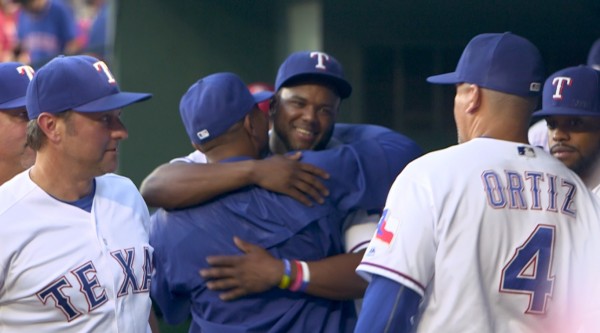 Capturing a pregame man-hug was gold for this feature!

Not a bad view for the game.

Over the next few days we covered a lot more for this feature. One day we headed down to Houston, TX, to the MD Anderson Cancer Center to interview Beasley’s surgeon and main physician. After I was given the choice between a conference room or an examination room to set up in, I couldn’t pass up the opportunity to shoot in an exam room even though the space would be tight again. As you can probably guess, the prime lenses made their appearance again to give some depth to a smaller space.
The next day we were back at the ballpark to conduct a few interviews with players about Beasley and his impact with the team and how his diagnoses affected everyone. This time we were given free reign of the Rangers media room, which thankfully had tons of space, but with the occasional tour group coming through. For these interviews, I again used my Kino Flo Diva’s and my Light Panels, with the addition of a few of my Arri Tungsten Fresnels on dimmers. The Arris provide the shaped light I needed to give the background some texture. The prime lenses came back out to give me a nice soft background. After the interviews, we spent a few hours running around the ballpark inside and out, to get B-roll and scenics to cut into the piece.
The last day for this shoot, we followed Beasley to his treatment at the Arlington Cancer Center. Because we had to maintain the privacy of the other patients, we were set up in a very “run and gun” fashion. We were given a back corner of the cancer center to work with. Fortunately as we were informed, “Mondays are slow here.” I spent an hour or so capturing B-roll of his treatment, which essentially boiled down to him getting an IV and then a lot of waiting. In the times between IV bag changes, we conducted an on-the-fly or OTF interview with Beasley and then another one with the head team physician. For these interviews I lit with a single Light Panel flood with natural light as my fill. Again on my C300 I threw my 50mm prime lens on to give us a great look in a “doctor’s office” looking space.
Unfortunately the Texas Rangers were eliminated from the playoffs, but they had a great season while it lasted, especially now with Beasley back out helping as he can.