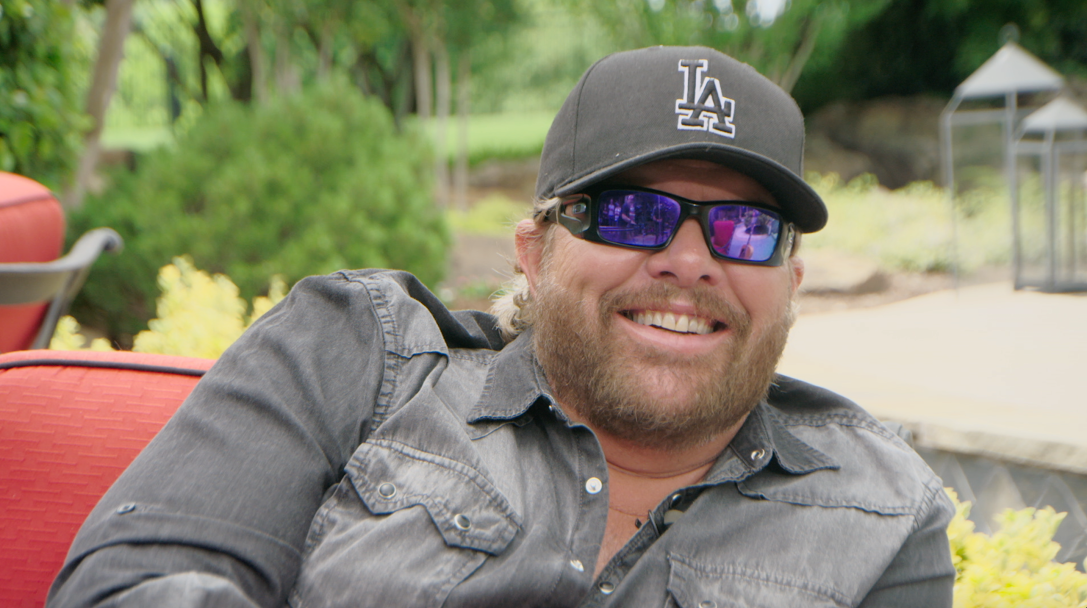 Dallas Crew Jams Out with Toby Keith for AXS TV

Whenever I take the trek up the highway from Dallas to the Oklahoma City area, it always leads to a great shoot. This time around I was shooting for an episode of the Rock & Roll Road Trip with Sammy Hagar on AXS TV. This episode featured none other than country superstar, Toby Keith.
Our first stop for the episode was at Keith’s house located just outside Norman, Oklahoma. Upon arrival, we were shown to the first setup location, the pool deck. We made quick work setting up our two Sony F55’s and our FS7.  It did take a bit of time to setup our main two shot, which was being used on a Dana Dolly to provide some dynamic movement. 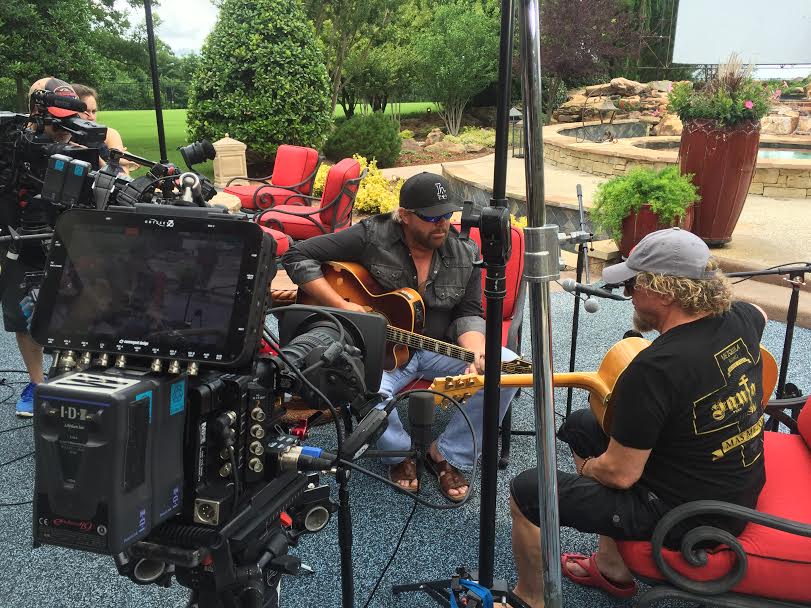 One of the trickiest parts of the setup came with the lighting. With the sun working against us, I emptied my truck of every piece of scrim and silk material that I had to diffuse the harsh light on both Hagar and Keith. We ended up with several 6×6 silks raised about fifteen feet above our heads. To combat the light loss that we created with the scrims, I also pulled out the big guns that I keep in the way back of my truck, my Bron Kobold HMIs. 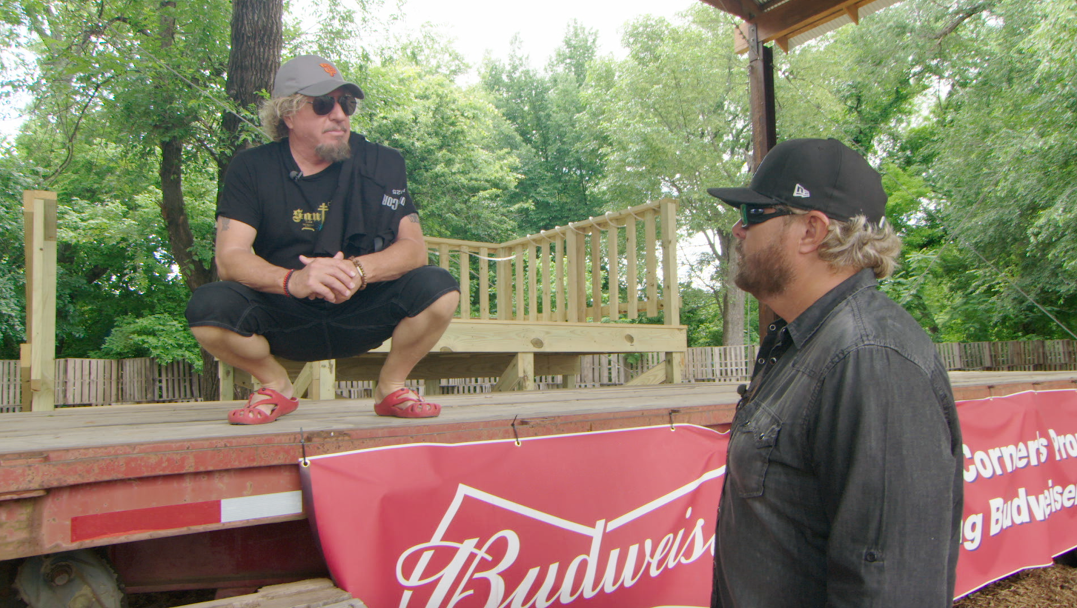 From this one setup location, we knocked out two segments at once. The first part was the main interview, which would be the meat-and-potatoes of the episode. After the amusing anecdotes, Hagar and Keith led us into the second segment, the jam out session. We were treated to a three song mini concert, which our audio crew covered with at least ten different microphones.
After the jam session, it was a soft wrap (fancy way of saying “turn off the lights, but don’t break down”) and quick car ride over to our second location, Hollywood Corners. Hollywood Corners was an old gas station which was revamped into a hangout spot when Mr. Keith got his hands on the place. It was here that we shot a few walk-and-talk scenes with them. 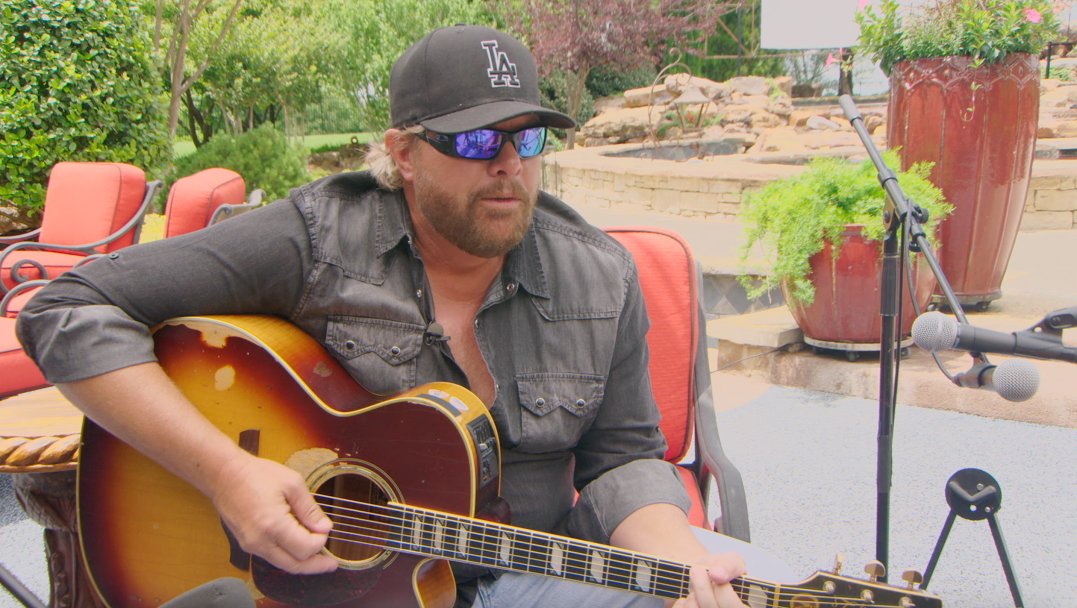 Once we wrapped out of our second location, we ran back over to Toby’s house for a hard wrap out and to collect our gear we had left there earlier. After packing up our gear, it was all handshakes and high fives as the crew split their separate ways, and I headed back home to Dallas!