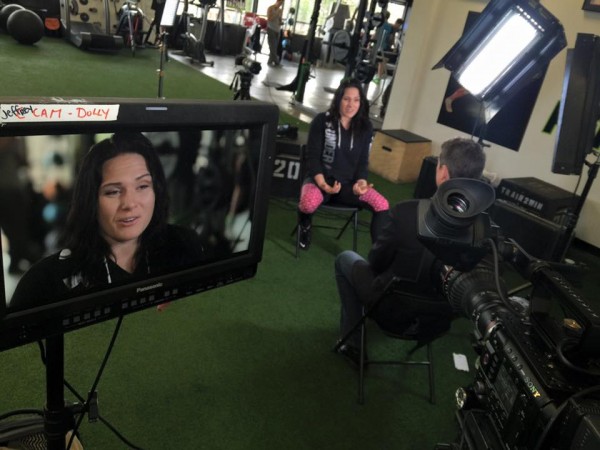 Denver Crew Gets in the Ring with AXS TV 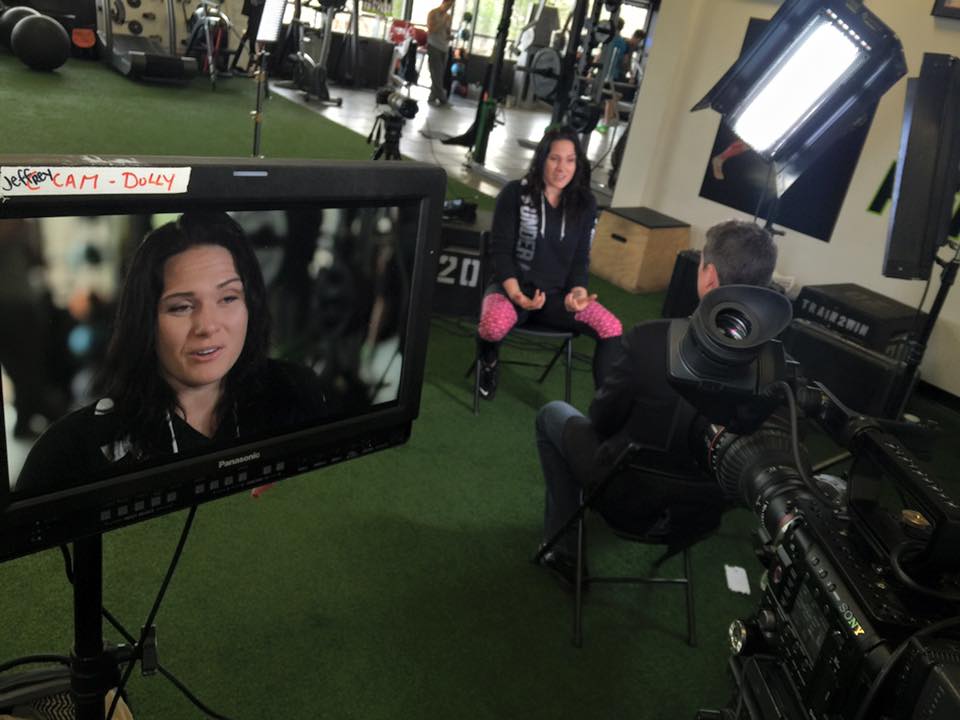 I definitely got my game face on during a two-camera feature shoot with Cat Zingano for AXS TV. Zignano is an American MMA fighter who competes in the UFC and became the first woman to win a UFC fight by technical knockout in April 2013.

The shoot was at the Landow Performance facility in Colorado for “Inside MMA” with the show’s lead correspondent, Ron Kruck. During the interview, Zingano discussed her defeat to Ronda Rousey last year where she was knocked out in just 14 seconds. She hasn’t had a fight since her loss to Rousey and she joked about when she would return to the octagon. Her next fight hasn’t been announced yet but rumor are buzzing that she’ll be returning with a vengeance sometime this year.

While shooting with Zingano a few tight ends from the Denver Broncos were walking around the training facilities which was really cool to see . Those dudes are monsters!

I shot on a Sony F-5 and A7’s but there were no elevators on site so I had to haul all of the gear up two flights of stairs – it made for a sweaty start to the day, but after all, we’re shooting MMA.

Given that this piece was going to air at 10 pm the day of the shoot, the turn around time was tight. After the slo-mo b-roll of Zingano I immediately started transferring files for the production assistant to start ingesting.

The interview finished right on time and my producer walked away with the footage on a hard drive. I watched the feature story on AXS later that night – it turned out great!