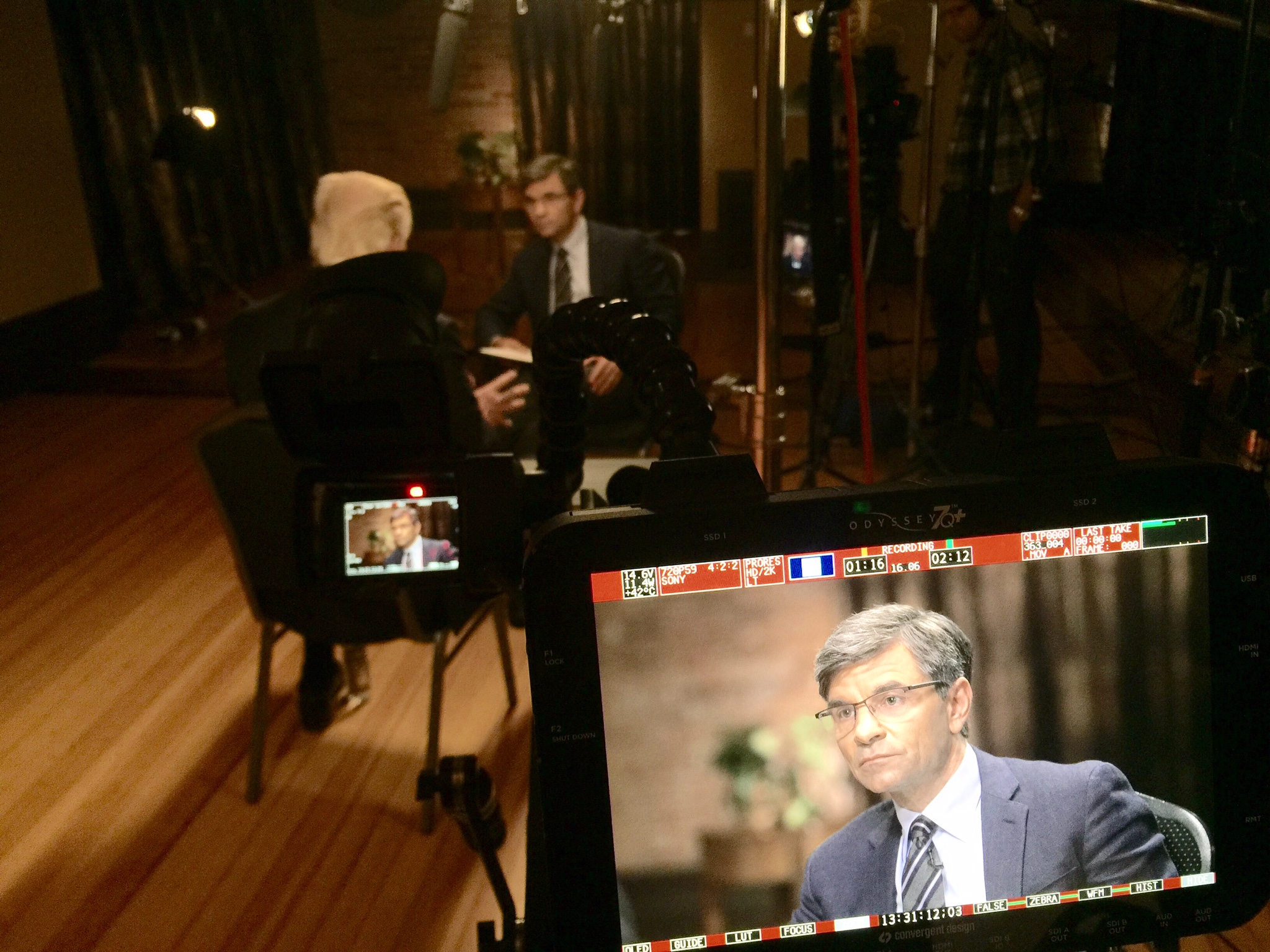 I traveled to Colorado Springs with ABC News for a one-on-one interview with Republican Presidential Nominee Donald Trump. The first time I ever shot with Mr. Trump was for The Golf Channel almost three years ago. I laughed when I saw his face on a bottle of water. Now his smiling face is everywhere and he’s running for president of the United States.

The interview was for this past Sunday’s edition of ABC’s This Week with George Stephanopoulos, where he targeted questions to Mr. Trump about Russian politician Vladimir Putin, Democratic Presidential Nominee Hillary Clinton and the father of the slain soldier.

With these kind of high-profile shoots, it’s mostly super quick with the talent in-and-out.