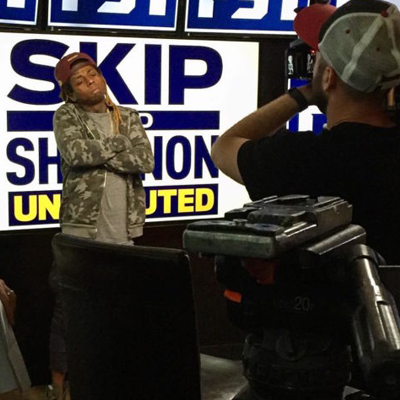 LA Crew with Lil Wayne and Skip Bayless on FS1 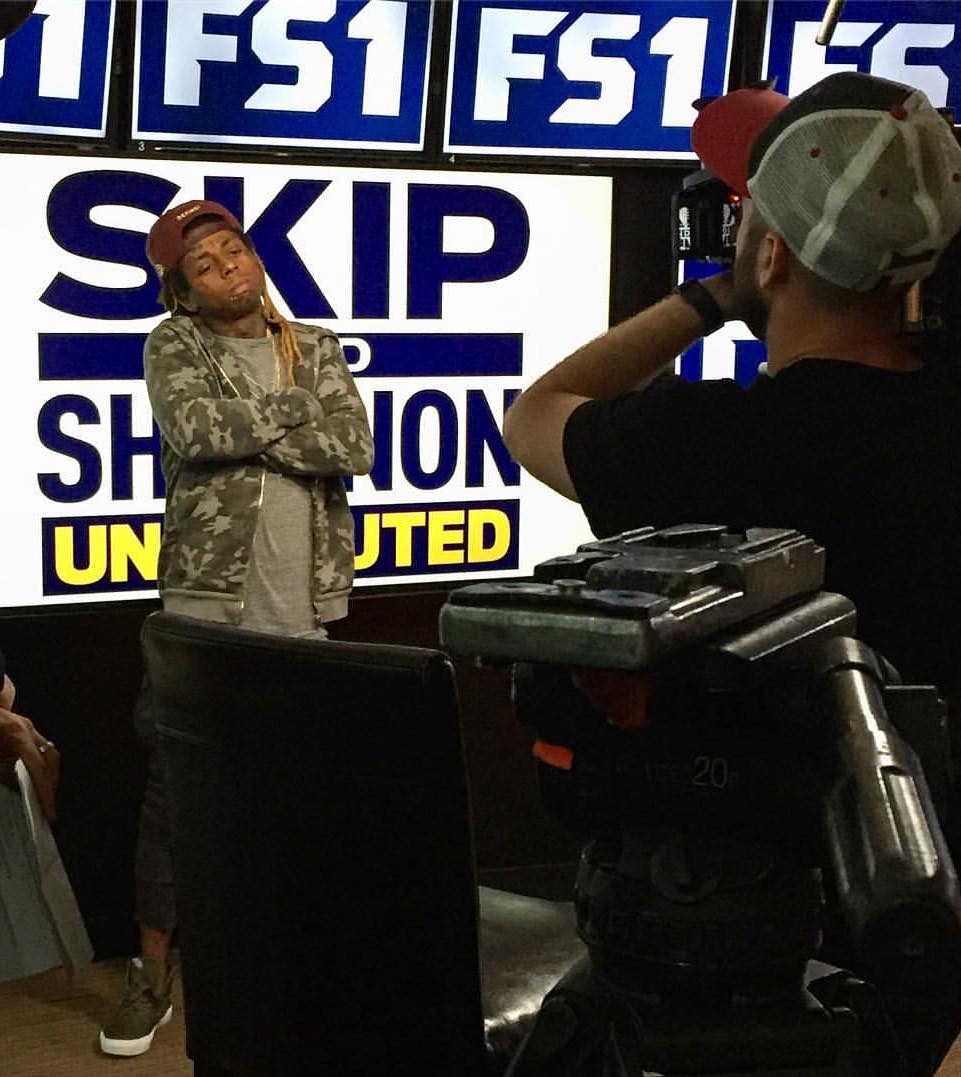 They also talked about Lil Wayne’s awesome new intro song for the show.

We arrived on set at 5:15 a.m. to set-up for the interview, shoot behind the scenes footage, b-roll and Lil Wayne’s arrival to the interview. Lil Wayne was adamant about not getting any makeup on his face because his “momma did it right the first time.” By 9:30 a.m. it was a wrap. 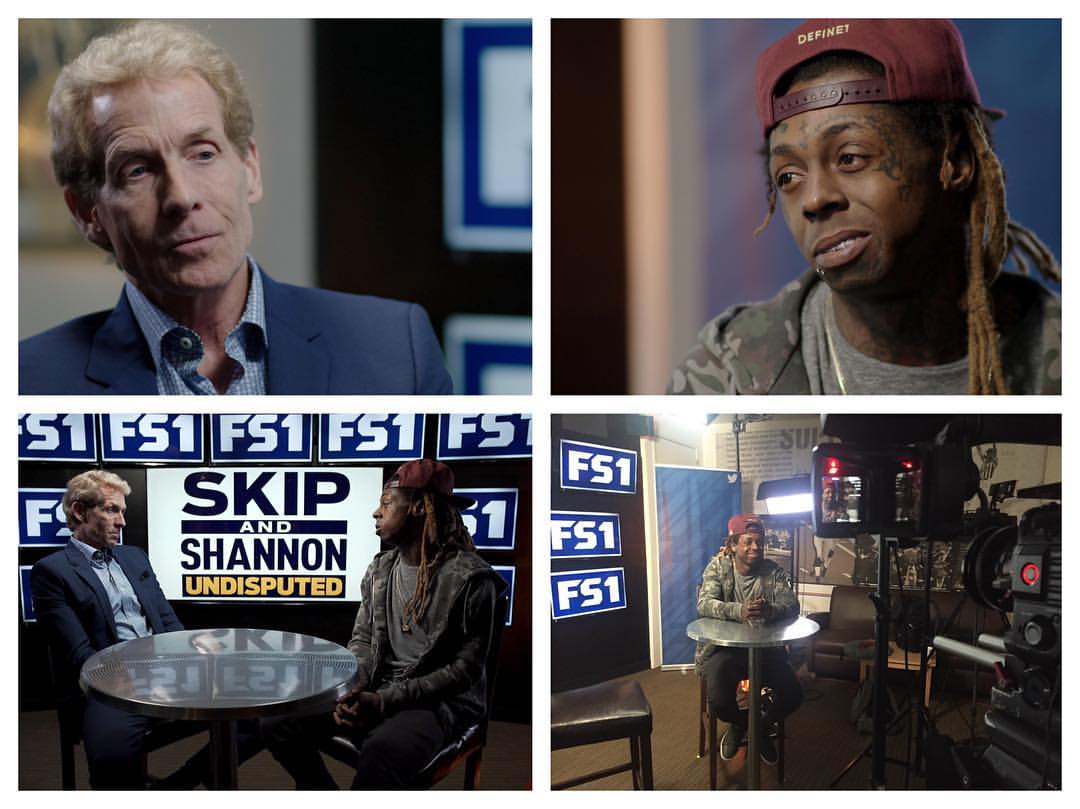