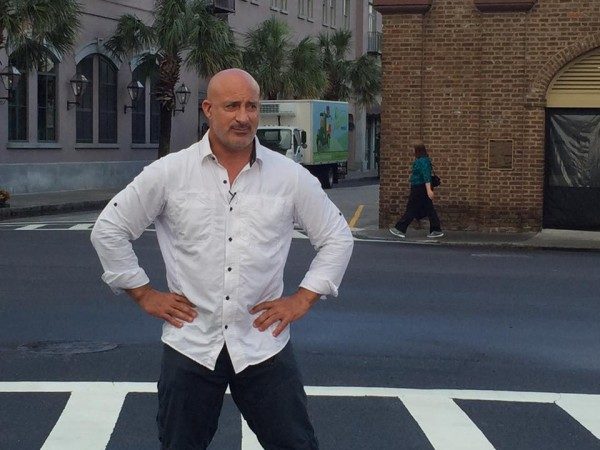 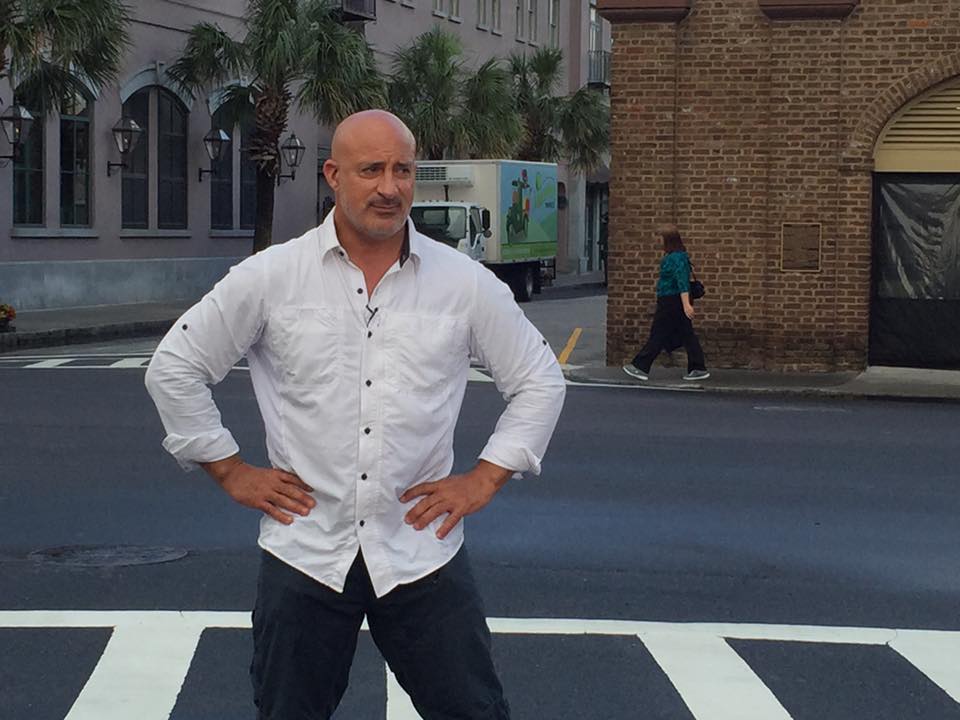 Whenever you get a call from The Weather Channel to work a shoot with Jim Cantore you already know what to expect.  This was going to be my third time working with him and I knew we were going to be seeing some interesting weather!

We were tracking Tropical Storm Colin so our first stop was in Clearwater, FL.  The Weather Channel was watching the tropical storm as it had the potential of turning into a hurricane early on, however that turned out not to be the case. 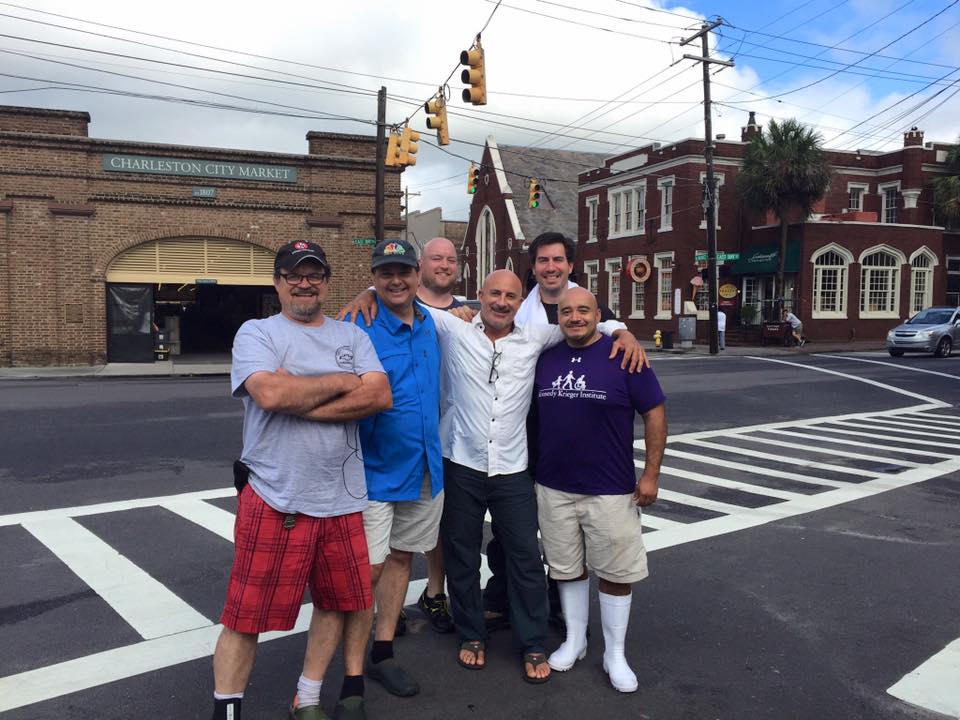 By the way, Jim loved my boots!

I drove up from Fort Lauderdale on that Sunday before the storm made landfall since my call time was at 6:00 a.m. for The Weather Channel’s show AMHQ. Usually when I shoot with TWC crew we’re on the beach but to my surprise we were under a giant tent that was permanently fixed to the hotel. I was able to use my Diva lights to light Cantore as he stood out in the rain.

I used HMI’s to light the background and we had a large monitor for return so that Cantore could see the program and graphics! He likes to mix things up so we constantly tried to change the shot to give us a different look. I found out during this shoot that The Weather Channel has a partnership with Facebook to do live hits and I was able to make a cameo appearance in one of them!

As the rain continued to come down it got worse and worse!  The meteorologist predicted the tropical storm would travel north to Charleston so we loaded up and hit the road.  The producers and talent headed out to catch a flight while I drove the burbs up the coast to South Carolina! #BurbLife 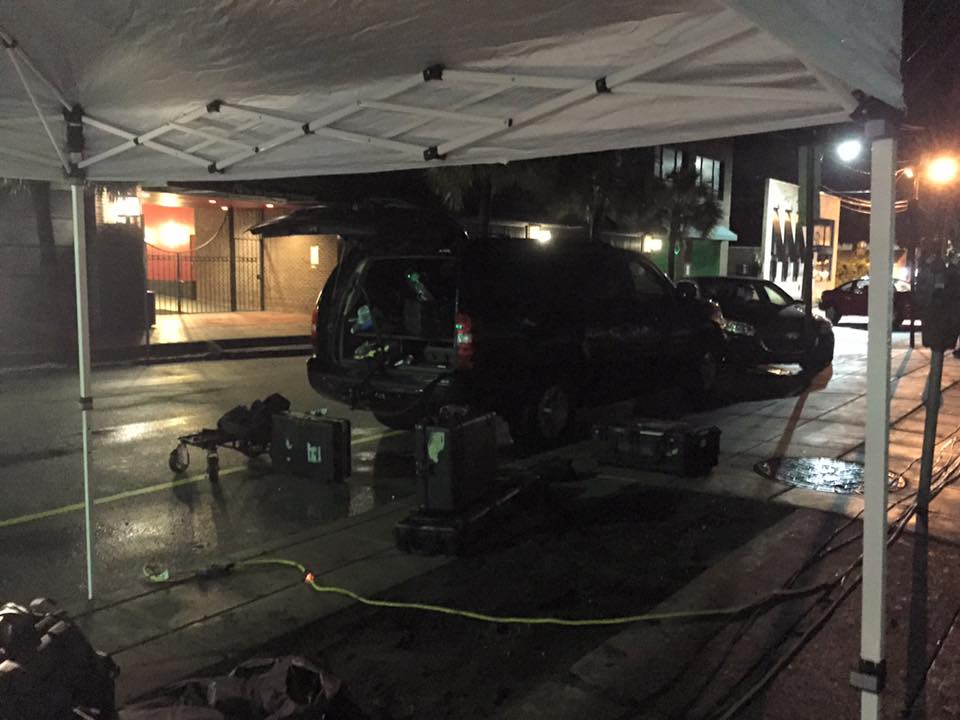 The call time for Charleston was at 5 a.m. this time around and we were set up in downtown Charleston by the market.  There were large puddles of water but no precipitation at all.  In fact, we didn’t get one drop of rain the entire day!  The storm had shifted and we ended up with a gorgeous day of weather.