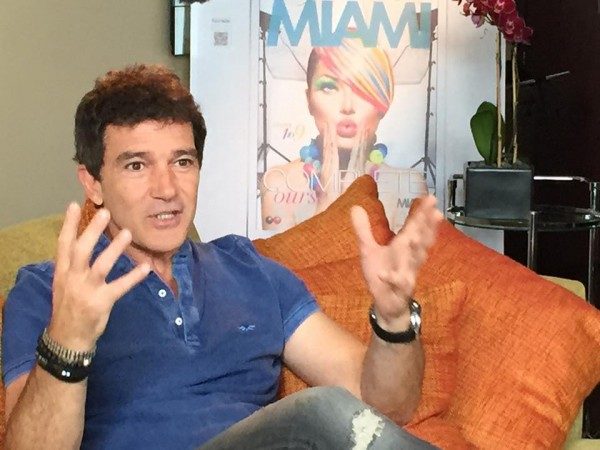 Miami Crew Sits Down with Antonio Banderas for E! News 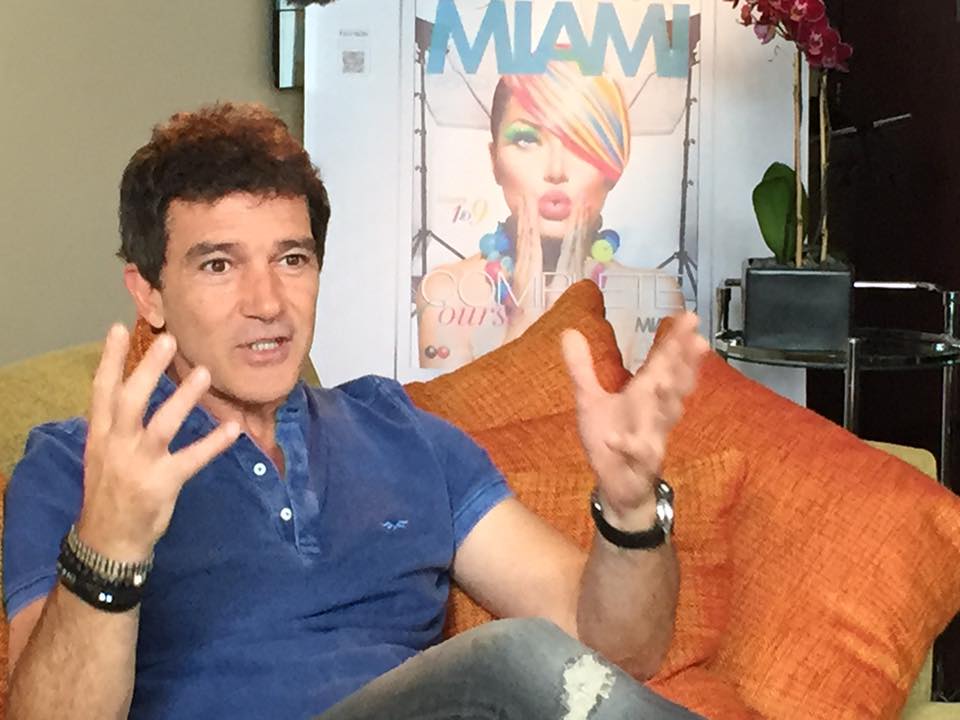 The main shoot was a sit-down interview with Banderas to discuss the last few years of his life after divorce from Melanie Griffith. We also filmed a press conference at Miami Fashion Week with the celeb along with the president of the organization. 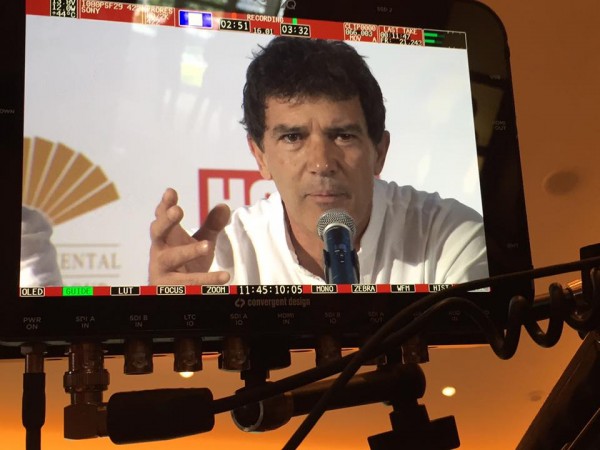 For the shoots, I used the Panasonic HDX 900 for this shoot. Two Diva kino flo lights a 400 and a 200.   I also used a 150 Arri light from my Tungsten Kit.
The only problem we ran into was the location for the shoot, which was in a hotel room at the Mandarin Oriental, Miami. It was a bit small for our setup and the background wasn’t very interesting. We ended up putting a poster for the event behind him and lit it with the 150 Arri Light. 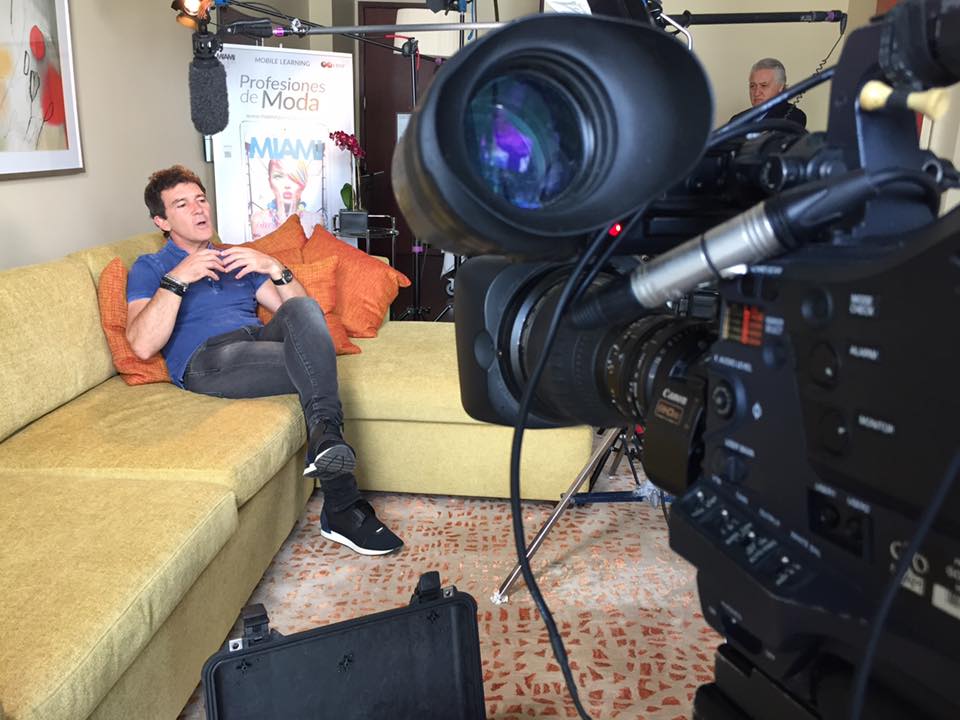 Also, we wanted to establish that Banderas was in Miami so we shot b-roll of him on the balcony overlooking the city.
On-site producer: Marlene May 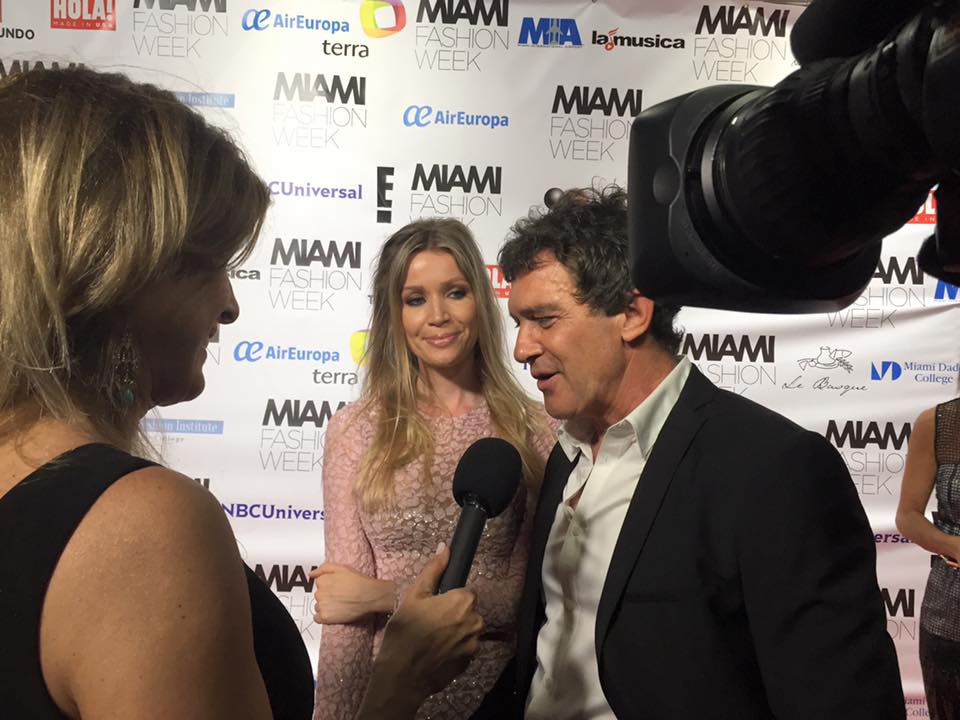