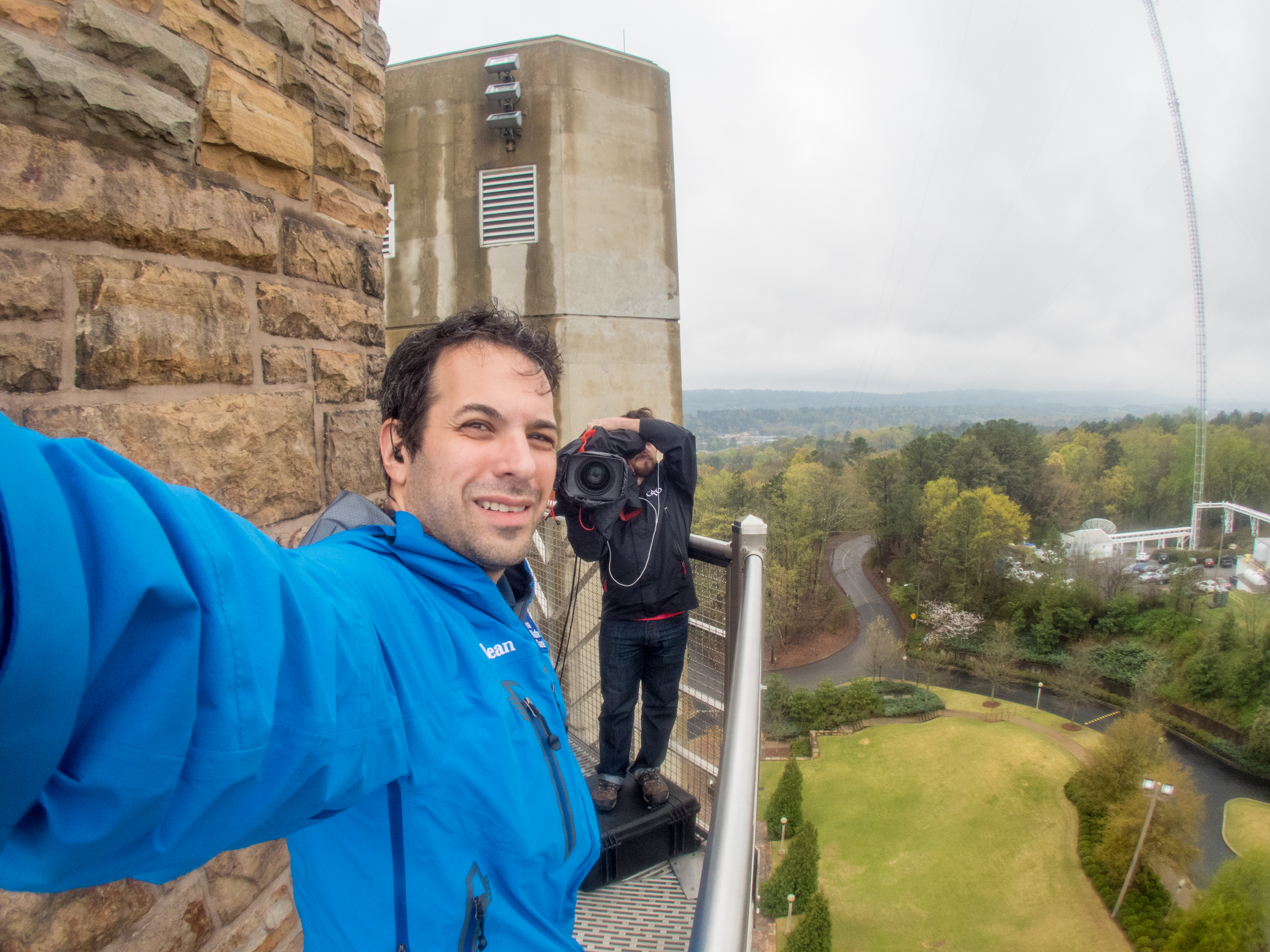 Nashville Crew Takes on Mother Nature for The Weather Channel

It’s a twister, it’s a twister! We definitely were not in Kansas anymore during a LiveU shoot for The Weather Channel with on air talent, Dave Malkoff.

We were covering tornado warnings in Birmingham, AL shooting on a HDX900 to LiveU. At the beginning of the shoot there was a lot of rain and lightning, as to be expected, but it cleared up in the afternoon.

The shoot was at the Vulcan Park and Museum. There was no power outside, so I had to keep running back inside the museum to charge batteries and the LiveU, I definitely got my workout in for the day. 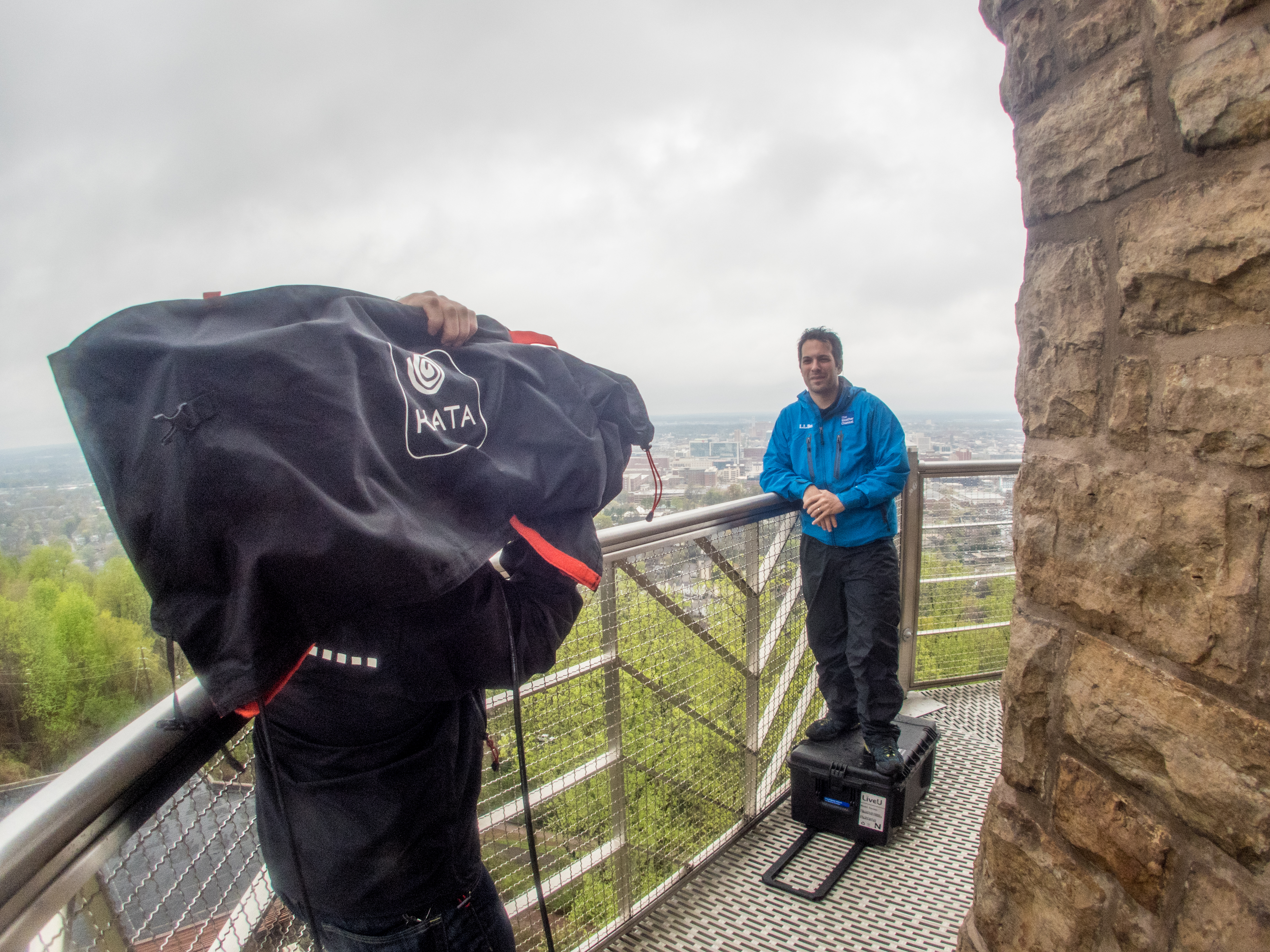 At the shoot location, there is a giant iron statue on top of a lighthouse-like structure. So after the rain cleared we did a live shot from the top of the structure We did not realize until we got up there that the wind was blowing around 20-25mph. 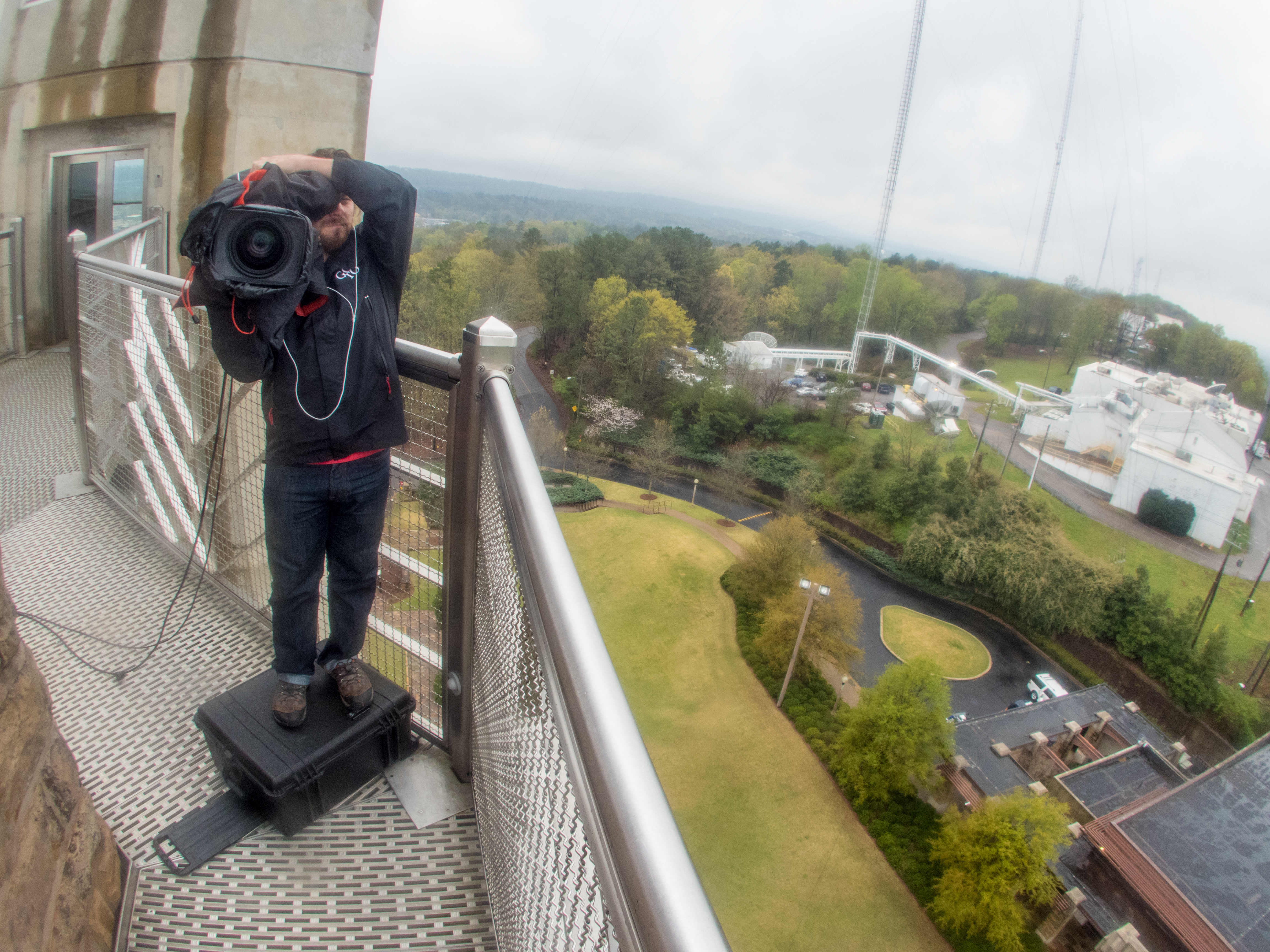 The top of the statue had a great view of the city and we wanted to capture it in a shot with Malkoff.  However, Malkoff and I are both relatively short people, so to get both of us tall enough to see over the railing we had to stand on pelican cases. With the wind blowing the way it was and my unsure footing, it was a precarious shot, to say the least. It made for fun live tv though!