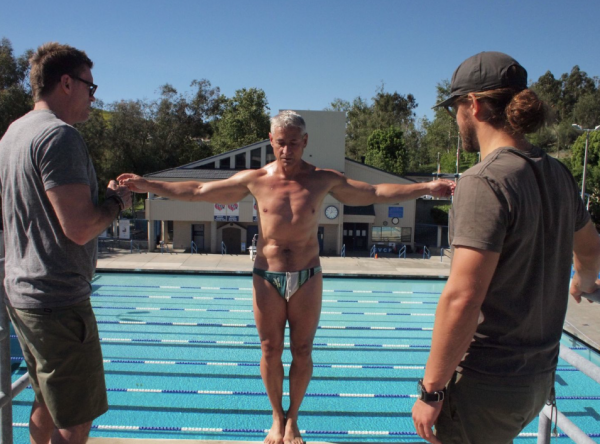 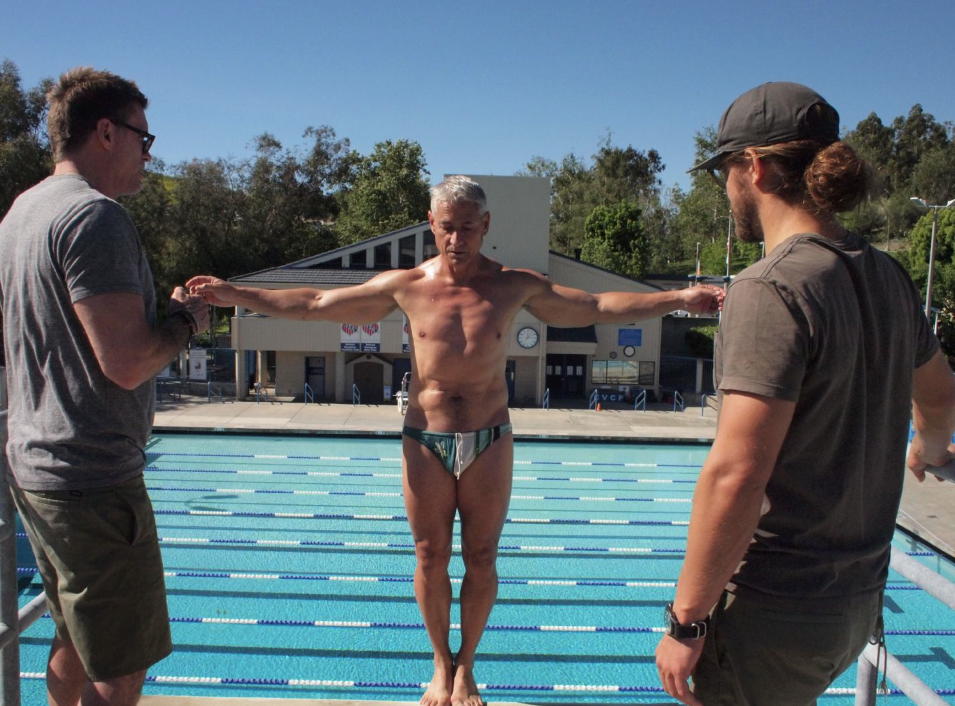 The SF crew was back in the pool on another shoot for ESPN The Magazine’s Body Issue, shooting behind the scenes footage of a photo shoot with American Olympic diver, Greg Louganis. The gold medalist was shot in and around the high dive end of a community pool in Laguna Niguel, California.

For the interview along with poolside b-roll, the crew shot on a Sony PMW-F55 camera with Canon L-Series lenses while the underwater segments were shot with the GoPro Hero4 action camera.

Many camera operators would likely agree that shooting a dive from poolside (above water) is generally non-challenging. The real challenge is when a camera operator needs to enter the water with a camera and camera housing, which is when execution of proper exposure and focus can become particularly difficult.

With this in mind, the team opted to use a GoPro for its small size and reduced buoyancy. Instead of operating the GoPro handheld underwater, the team planted a heavy-duty light stand near the edge of the pool, and added several gobo-arm extensions until a 12 ft long, articulating boom was constructed. They attached the GoPro on the end of the last arm, and then tilted the joint on the arm at the top of the stand until the camera submerged into the water, down to a depth of roughly between 8 to 10 feet.

Once the angle camera angle was set by way of tilting (and because it is was ultimately built-out from a single stand), the entire apparatus was mobile, allowing the DP to pick-up the the stand and move it around the pool’s edge to suit the various diving board locations.

The ultimate goal was to create the rock-steady look of a tripod-mounted camera shot, but underwater! Check out the eighth ESPN The Magazine’s Body Issue now!