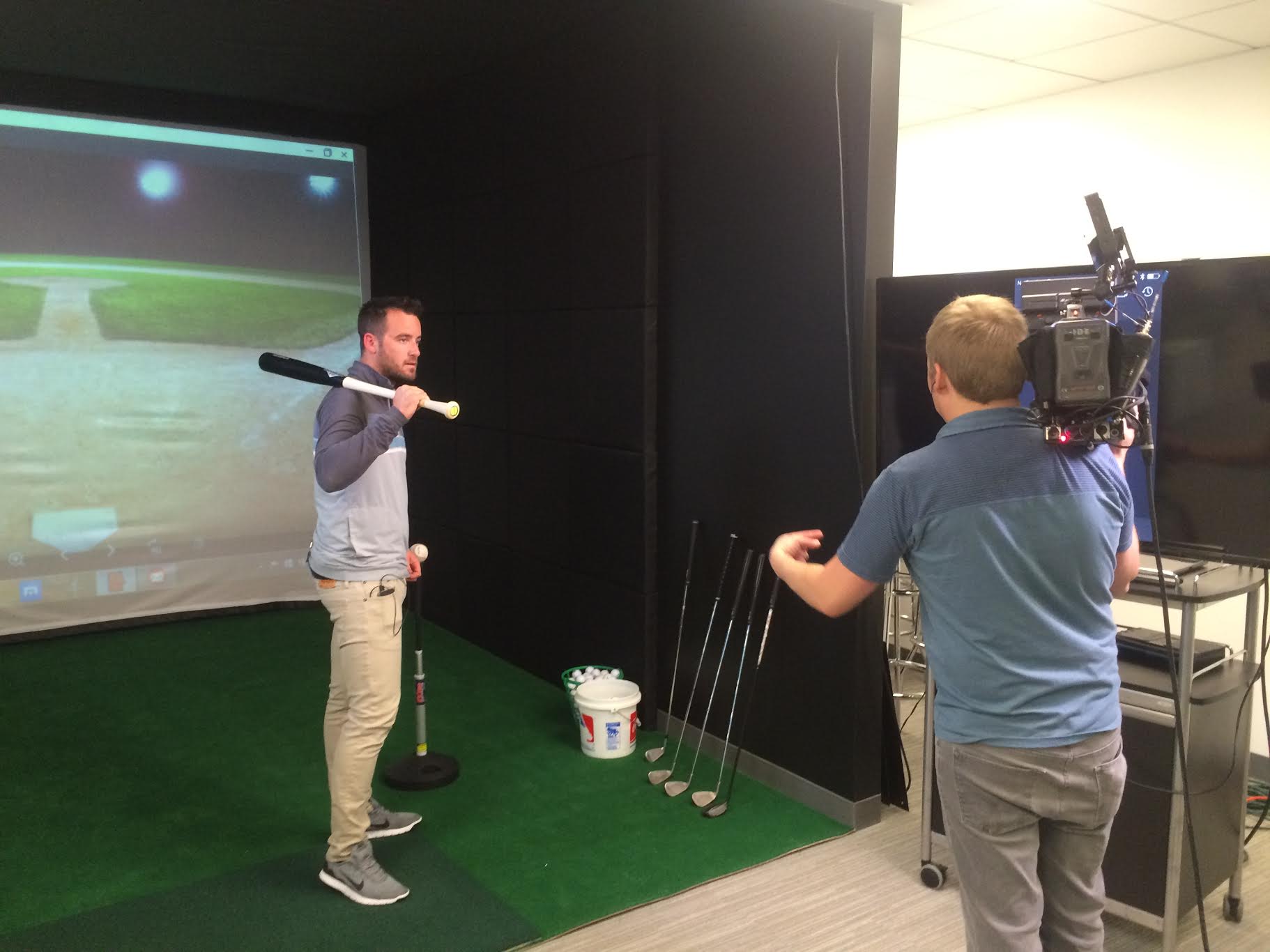 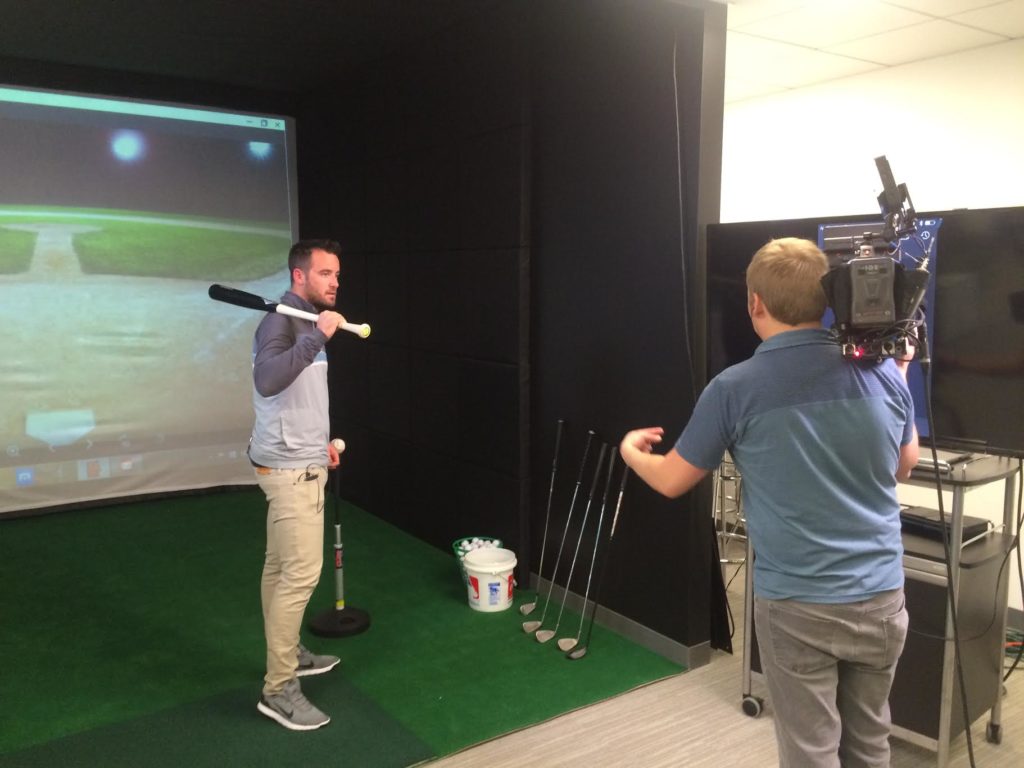 We never thought we’d be getting batting practice in during a shoot, but Discovery Channel never ceases to amaze us. John Hauer, Senior Manager of Product Marketing at Zepp Labs, gave us the inside scoop on a smart sensor creation.

Zepp Labs, located in downtown San Jose, California has made smart sensors that they strategically placed inside baseball bats in order to measure speed of swing, seconds until contact, and angle of contact when hitting a baseball. They also have developed smart sensors for tennis rackets and golf gloves. 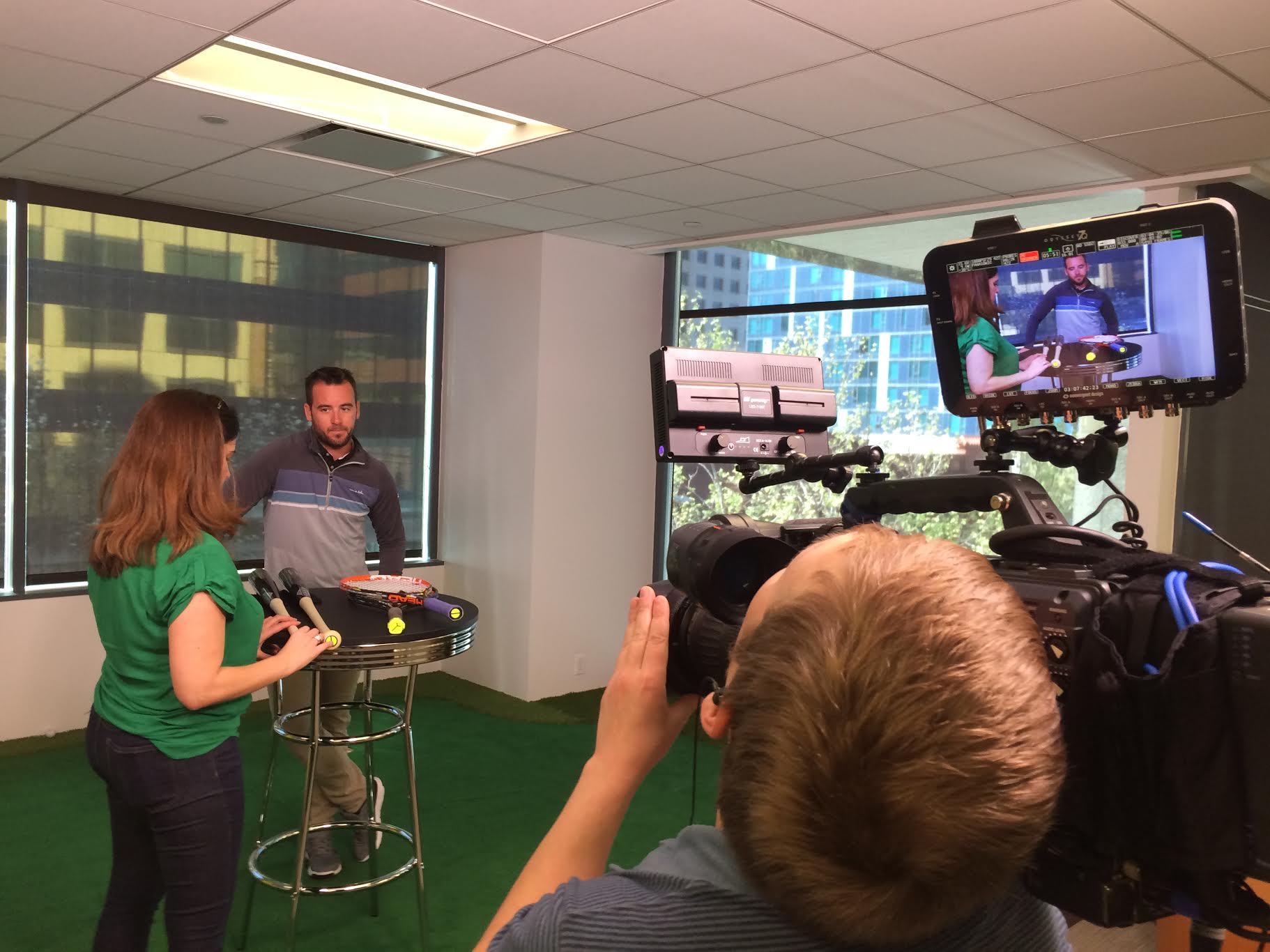 An interesting aspect about the shoot was how in depth Zepp Labs has worked with Mike Trout, Center Fielder for the Los Angeles Angels, in order to develop the sensor for his particular bat. They worked with the bat company, Ol’ Hickory, in order to replicate the bat’s feel and weight, but left the handle hollow in order to place the sensor that magnetically locks into the bat.

We shot several demonstrations of the bat as Hauer hit a baseball off a tee in a small batting cage. He tried to get the best numbers that he could from the sensor readout in an attempt to come close to Trout’s statistics – but competing with an MLB player is hard stuff, and I think he just ended up wearing himself out. 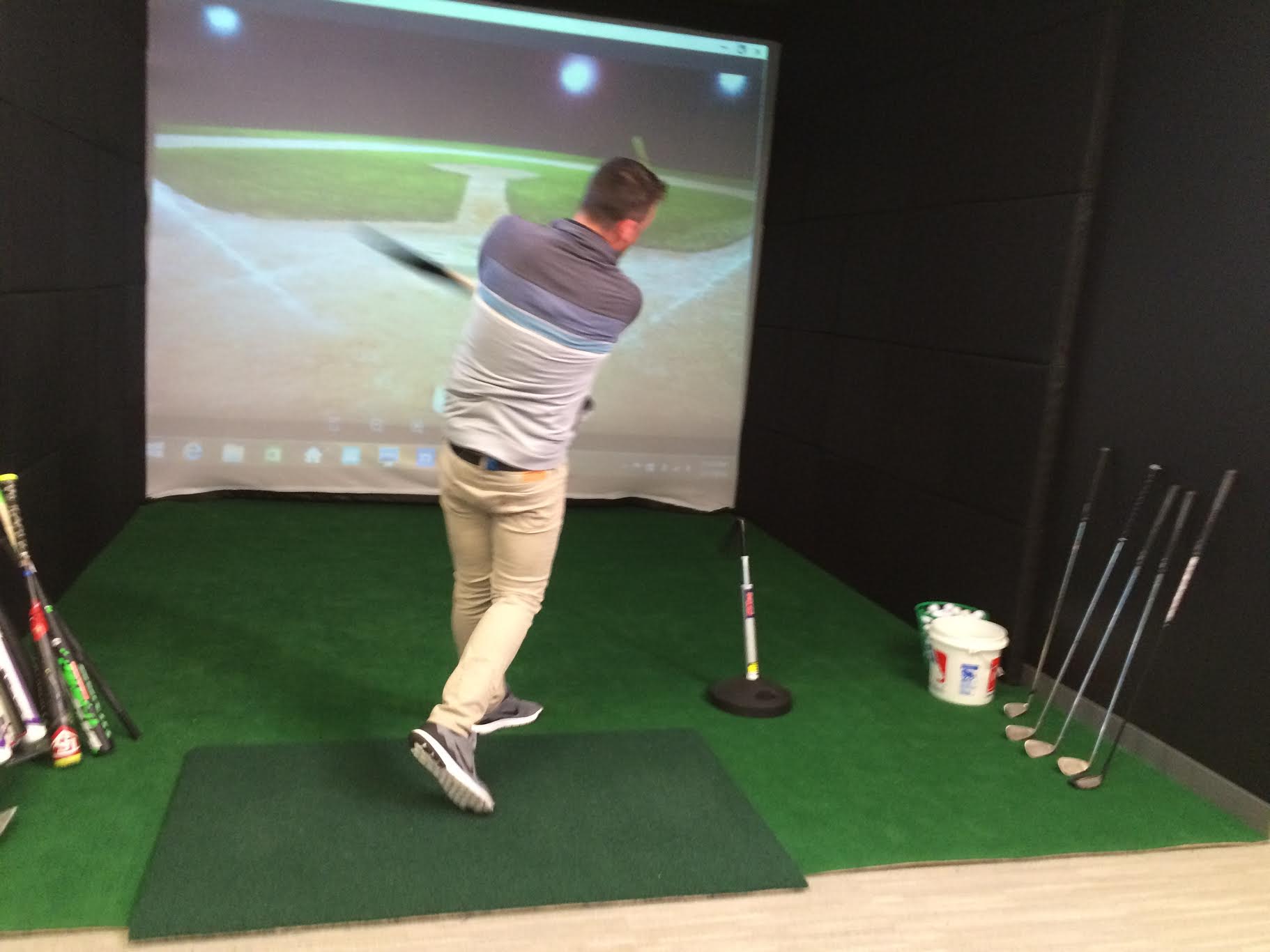 We filmed using the Panasonic HDX900 but used a GoPro to get some action shots of Hauer hitting the baseball. We had a fairly basic lighting setup throughout with LED panels and Celebs to bring in some light to the office. The interview portion had a basic setup as well with the LEDs, Celebs and a few Arri 300s to splash some light in the background.