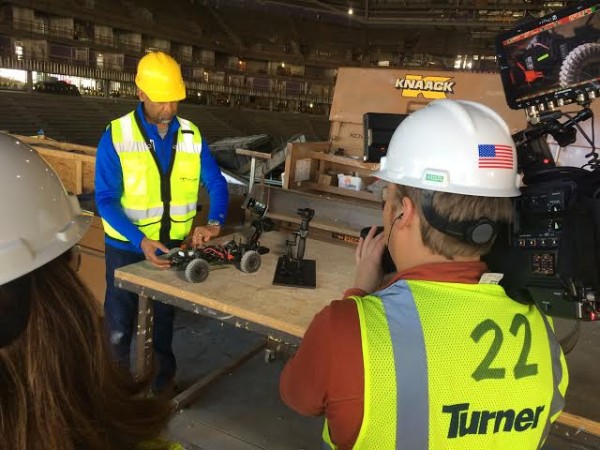 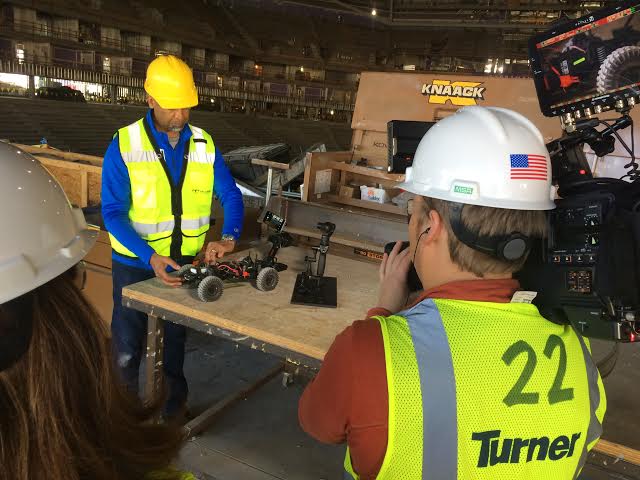 RC Rovers, drones, basketball arenas…oh my! During a recent shoot for Discovery Channel in Sacramento, California we geared up in hard hats and safety goggles to tour the construction site of the new Sacramento Kings arena.

We interviewed Lincoln Wood, Regional Manager of Virtual Design and Construction at Turner Construction Company, and Thomas Bartlett, CEO of Image in Flight.

The shoot focused on the technology being used in order to keep track of progress of the new arena and to ensure that everything stays on schedule.  The RC Rover and the drone are driven/flown around to take pictures of the progress which are then used to create a 3D map of the construction areas. 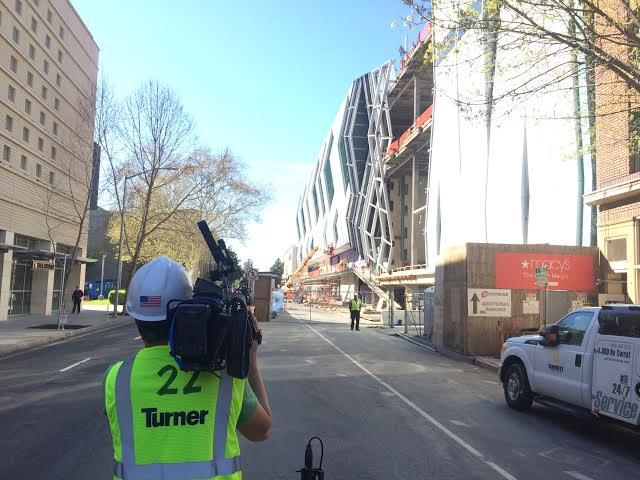 They use this imagery to assess where problem areas may arise and have quick same day analytics so they can divert any problems efficiently and effectively. The RC Rover was built by Bartlett and has been customized to allow it to climb over obstacles around the construction site. Both the RC Rover and the drone have very sophisticated cameras and gimbal systems.

We shot mostly with the Panasonic HDX900 and used a GoPro to capture some POV (point of view) shots from the RC Rover. We ran around with one LED panel that we could operate on battery to throw some light up as needed and used it for the rooftop interviews. 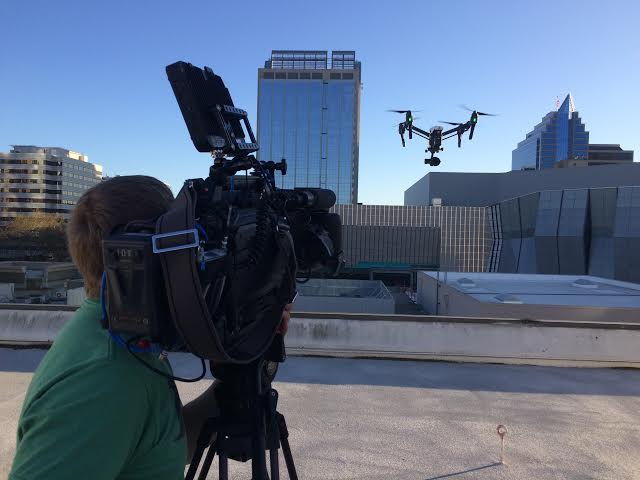 Being on an active construction site means a lot of noise and not the best scenery for shooting, but we worked around those obstacles in order to have a smooth and successful shoot.