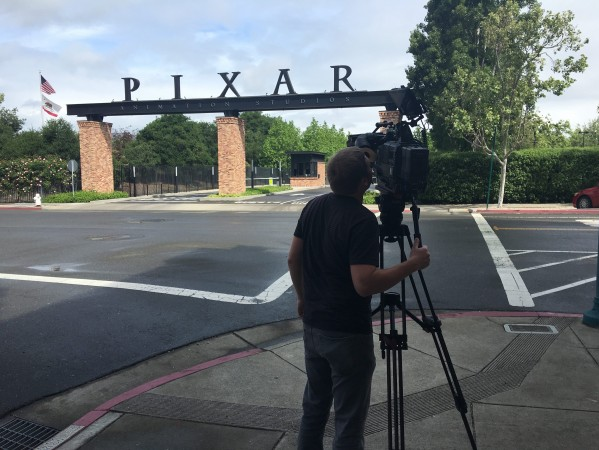 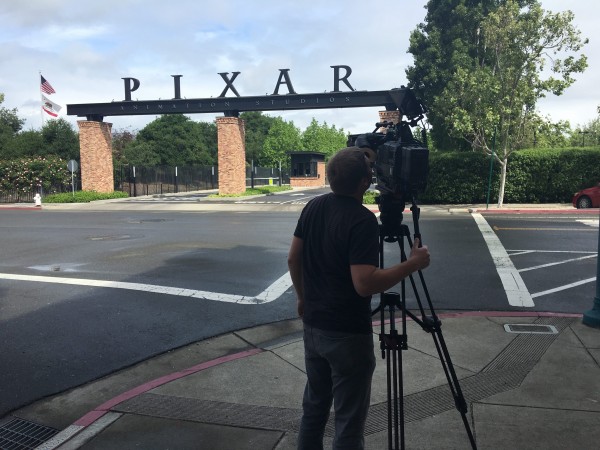 The focus of the shoot was on all things ‘Finding Dory’. We were able to watch the first thirty-three minutes of the film and then discuss various elements with many of the people who worked on it! 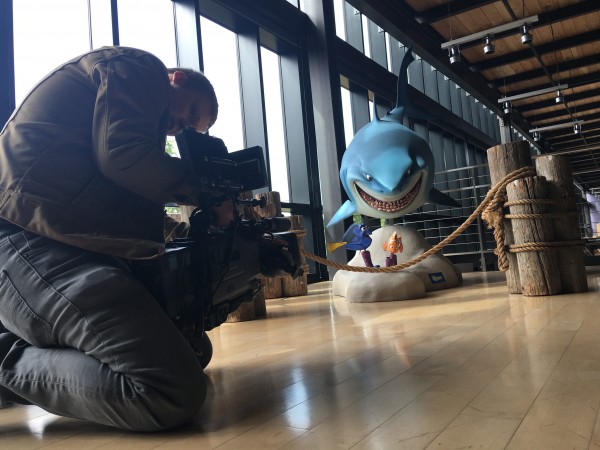 We covered the production pipeline by highlighting the major technological advancements, the use of underwater cameras that were then used to template out he different animated shots giving perspective from the sea life’s point of view (PoV), as well as, how the cantankerous but lovable octopus Hank was developed.

This production was shot using the Sony FS7 and audio package. Pixar had interview/presentation rooms setup with lighting all ready to go. The biggest problem on this particular shoot was the length of time we had.

We rushed from room to room and set up as quickly as possible with very limited time with our schedule. Even though it was a bit stressful at times, we were able to get everything accomplished! 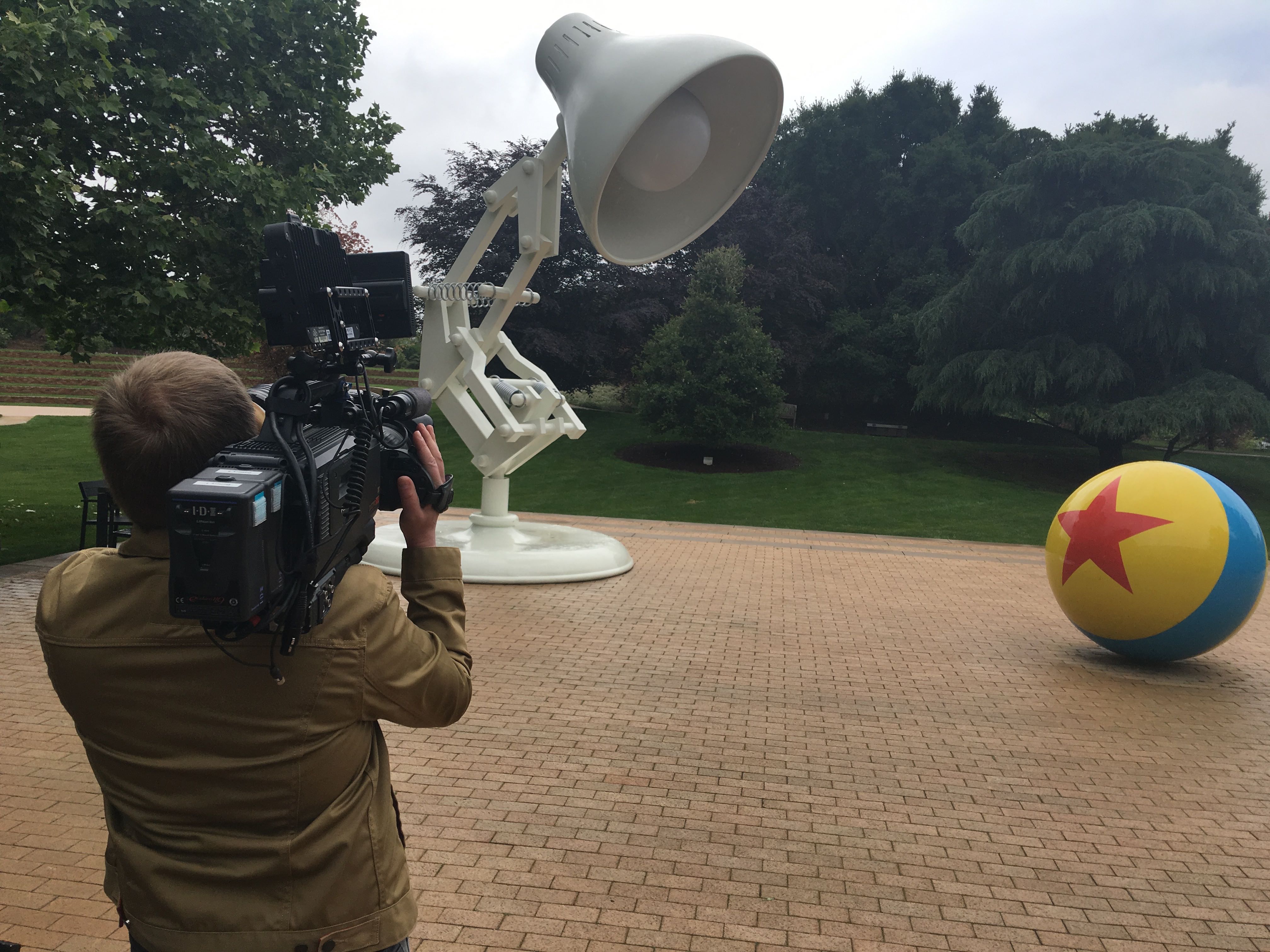 A big plus, we watched a behind the scenes look at the Pixar short, ‘Piper’ that will accompany ‘Finding Dory’ in theaters that was directed by Alan Barillaro. It showcases a typically cute Pixar short with some mesmerizing animation following a baby sandpiper.

Being there at Pixar was just surreal. Seeing giant status of some of the favorite Pixar characters created a magical feel and I know that we must have all looked like little kids eyeing everything with wonderment. This shoot was definitely a favorite of mine! 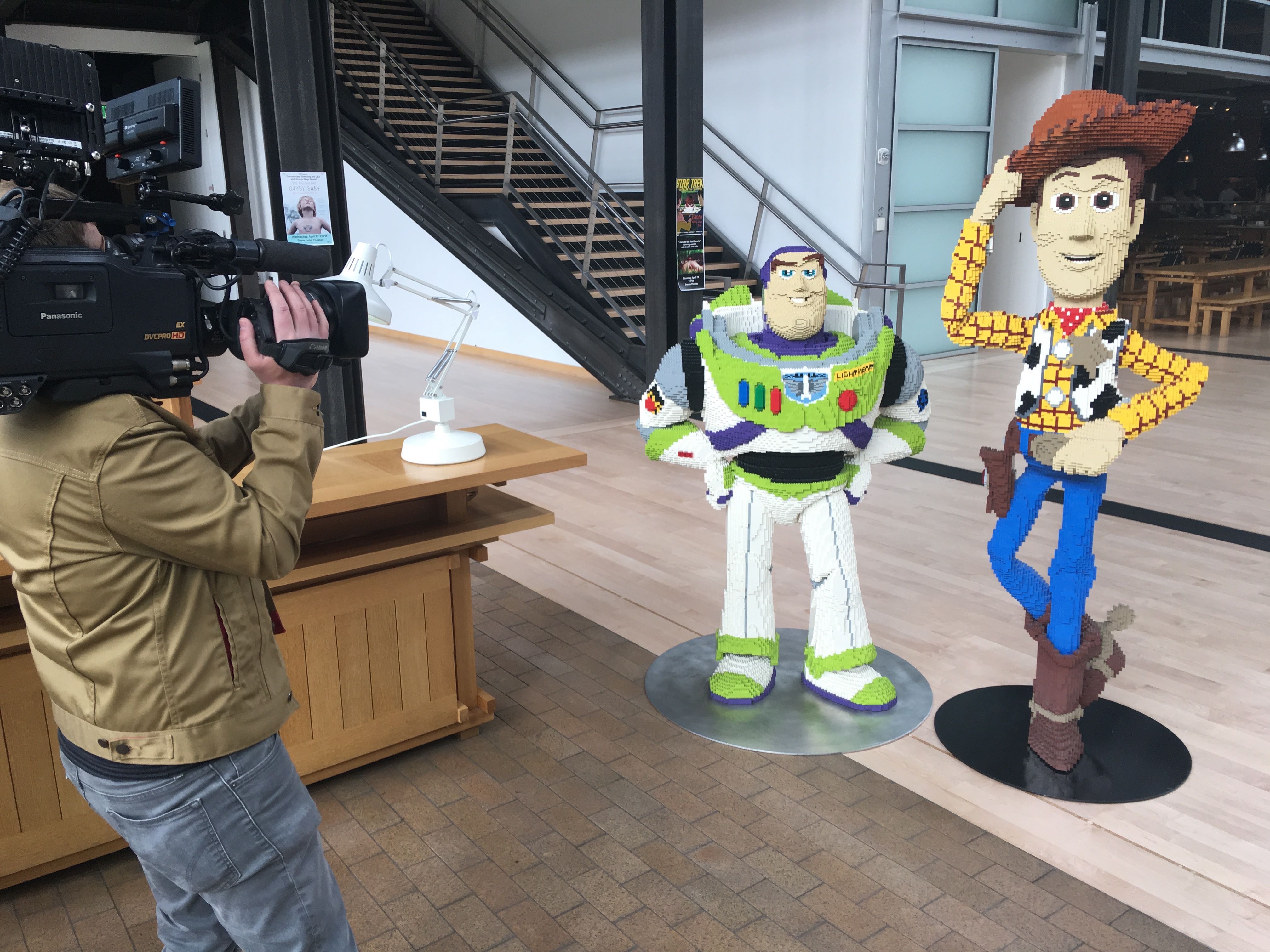