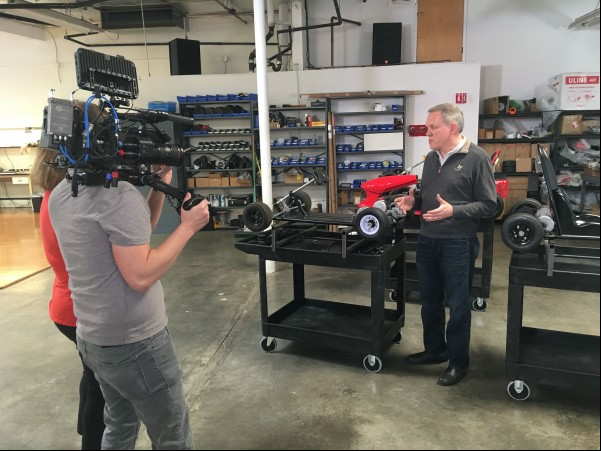 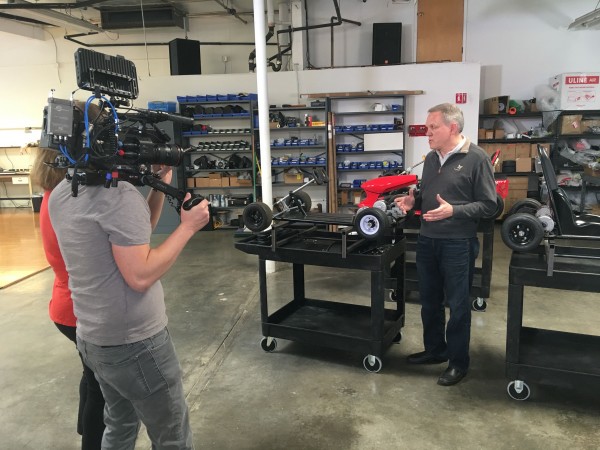 Our San Francisco crew had a walk around tour and on the fly interview with Actve Motors CEO Dave Bell. Our shoot took place at the Actve Motors lab/workshop in Mountain View, CA. The shoot focused on Actev Motors new Smart Go-Kart for kids. These karts intended for kids four to nine years old, comes with  WIFI and GPS enabled capabilities as well as parental control via a smartphone app. 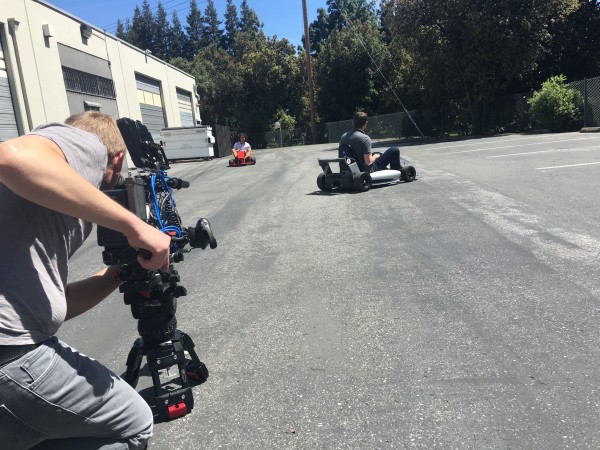 These go-karts are all electric, can go up to 12 MPH, and even have attachable drift tires for drifting. This was very much a run and gun setup; we used the Sony Fs7 and basic audio package with some fun GoPro shots thrown in there as well.

Our main subject and most notable person was the CEO Dave Bell. We were working along with Daily Planet producer Carol McGrath. We were able to see the Go Karts in action! Dave’s son who is a race car driver and one of  the engineers who could fit in the small karts too them out for a spin just outside the work area and showed us all the driving capabilities that these karts had. 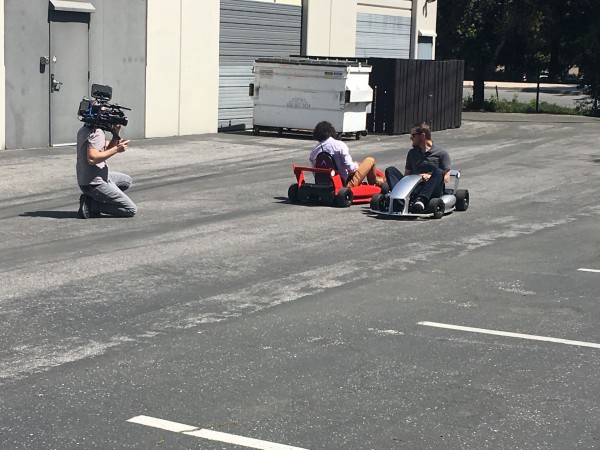 We also had a kid of one of the software designers test out the kart in the parking lot. I think the most fun part of the shoot was when they took the go-karts inside and raced laps around the computers and work area. Everyone continued working as if this was the norm and I’m sure that it is. After test driving the go-karts we finished up the interview, packed up the equipment, and headed out. Overall very fun shoot. 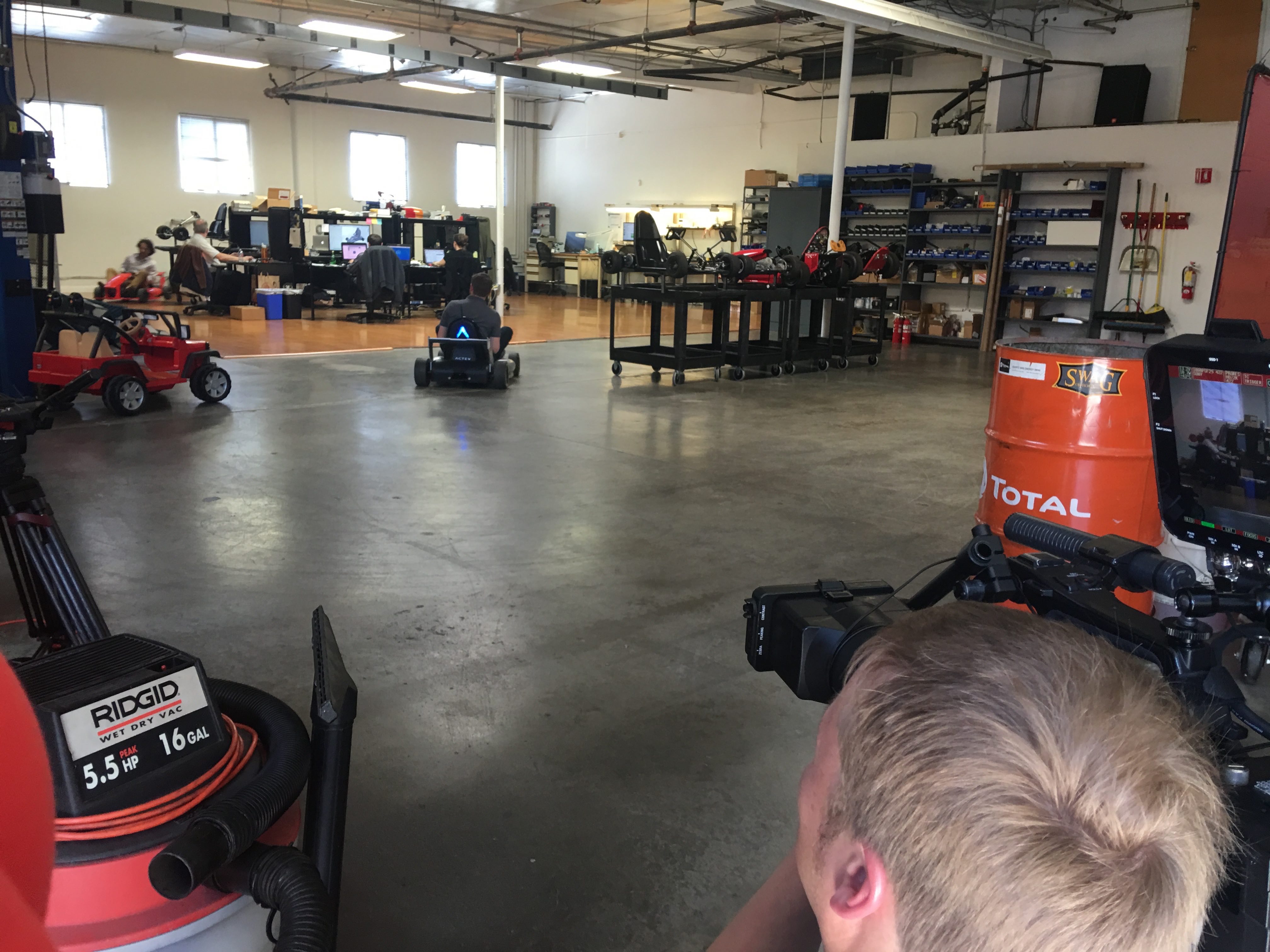