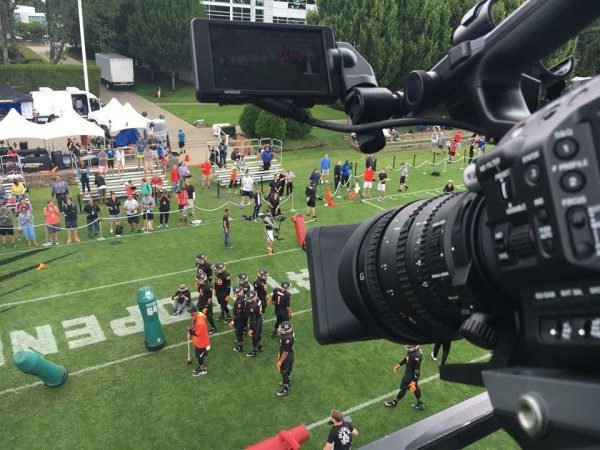 Seattle Crew Suites up for “The Opening” with Bleacher Report

“Just Do It!” was the motto of this Portland, Oregon shoot at Nike. What a beautiful drive past Mt. Rainier as I made the trip down from Seattle. We worked with Bleacher Report covering “The Opening” 2016 at Nike World Headquarters in Beaverton, OR. This event has High school football players from all over the United States traveling to Oregon to compete in combine drills. It’s college football’s top requiting showcase, time to suit up! 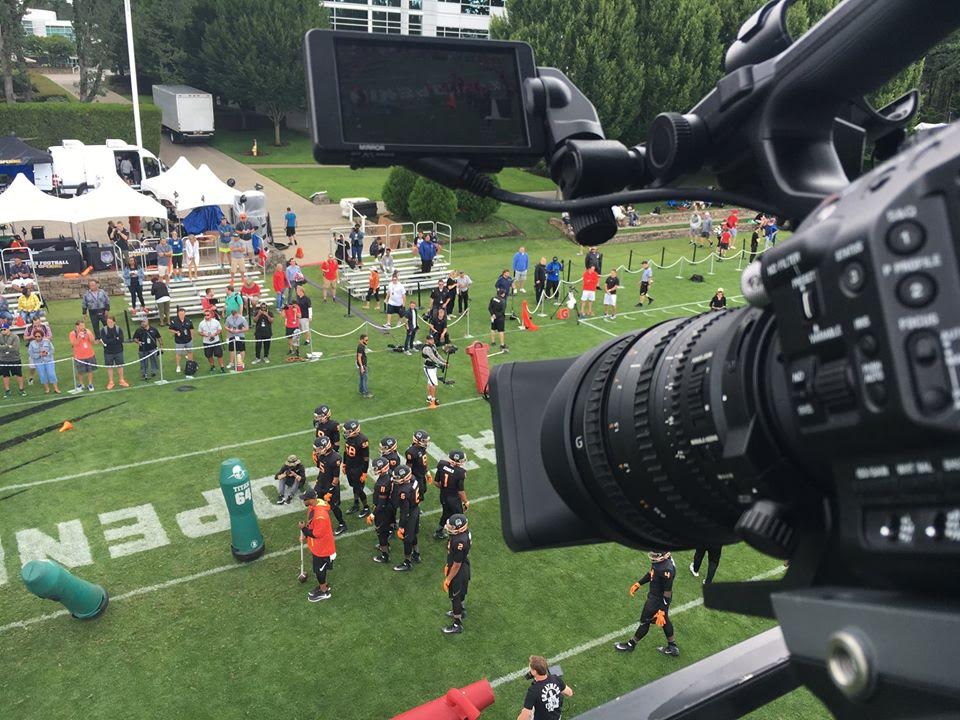 Who were the biggest winners this year? You’ll have to see for yourself on Bleacher.

A couple of Pros including Ndamukong Suh, NFL defensive tackle for the Miami Dolphins and native Oregonian. He gave advice to the players as they continued on their journey.

Some minor issues arose on this shoot (usually just a camera lost feed for a few seconds) but they were quickly resolved. Oregon is known for it’s consistent rain and today was no different. We had scattered showers, but thankfully it only rained when we weren’t shooting.

We had a great crew working with the New York based Bleacher Report team. The local Portland area PA’s were amazing and everyone got along great!