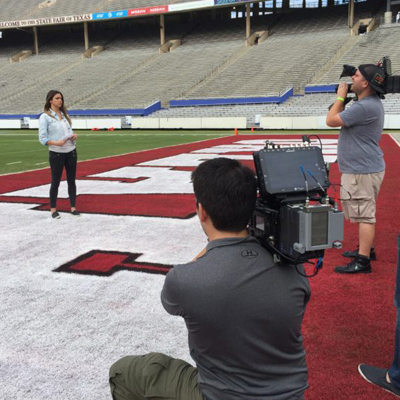 Texas Cameramen Team Up For Some “Garbage Time” 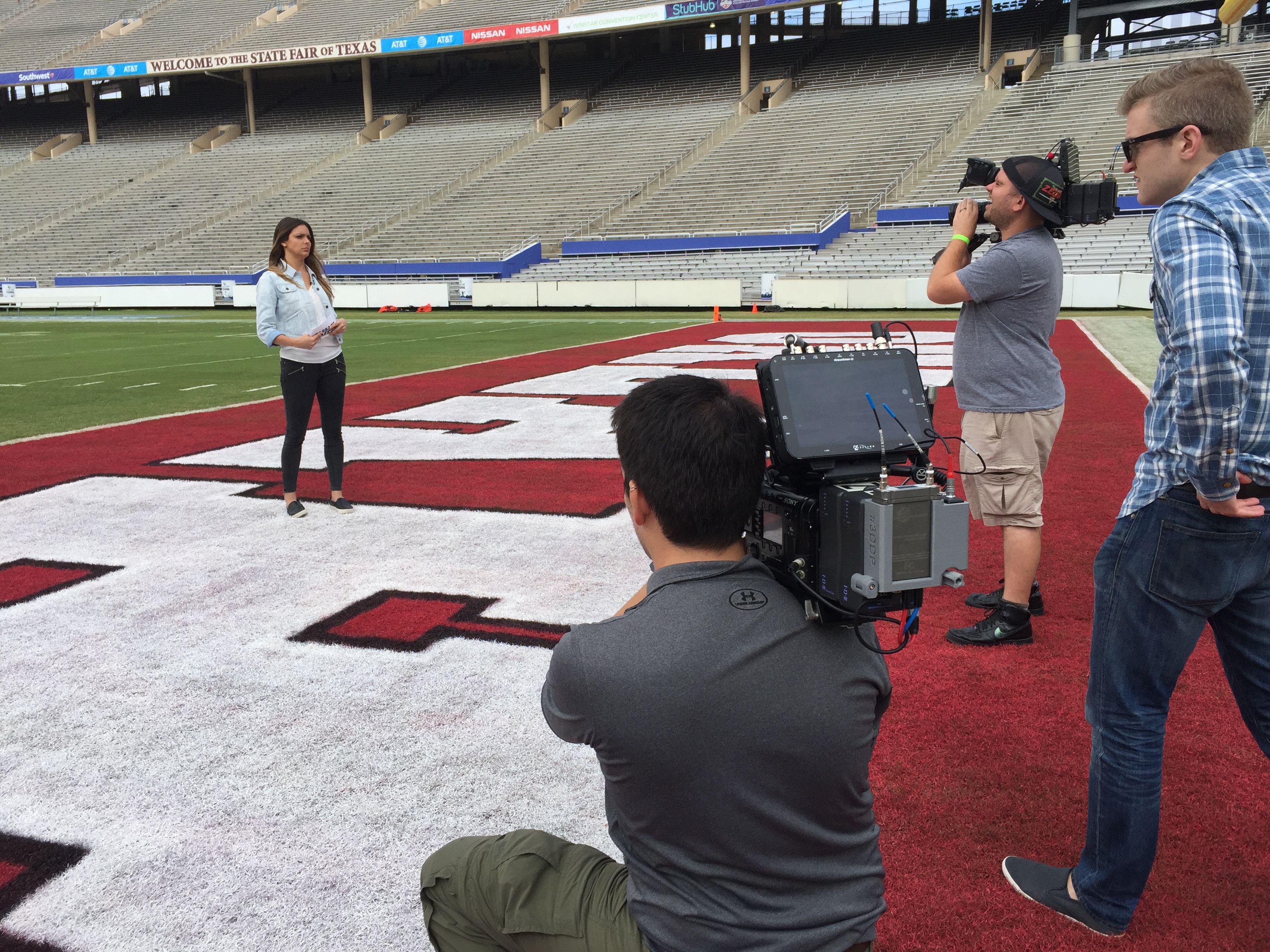 In the end zone at the Cotton Bowl with Katie Nolan shooting some stand-ups.

Fall is in the air and the Texas State Fair is in town. This can only mean one thing – it’s time for “The Red River Showdown” between Texas and Oklahoma at the Cotton Bowl! “The Red River Showdown” is one of college football’s most iconic match-ups. I made the short trip to Dallas to meet up with Go To Team Dallas cameraman, Nate Galluppi. We spent the day shooting for “Garbage Time with Katie Nolan,” a sports talk show on FS1.

Nate and I had an awesome day. We were both shooting on the Sony F55 with a variety of Canon L-Series glass. The F55 is an excellent camera and it was a nice change of pace from the Canon C300,  which we usually shoot with. 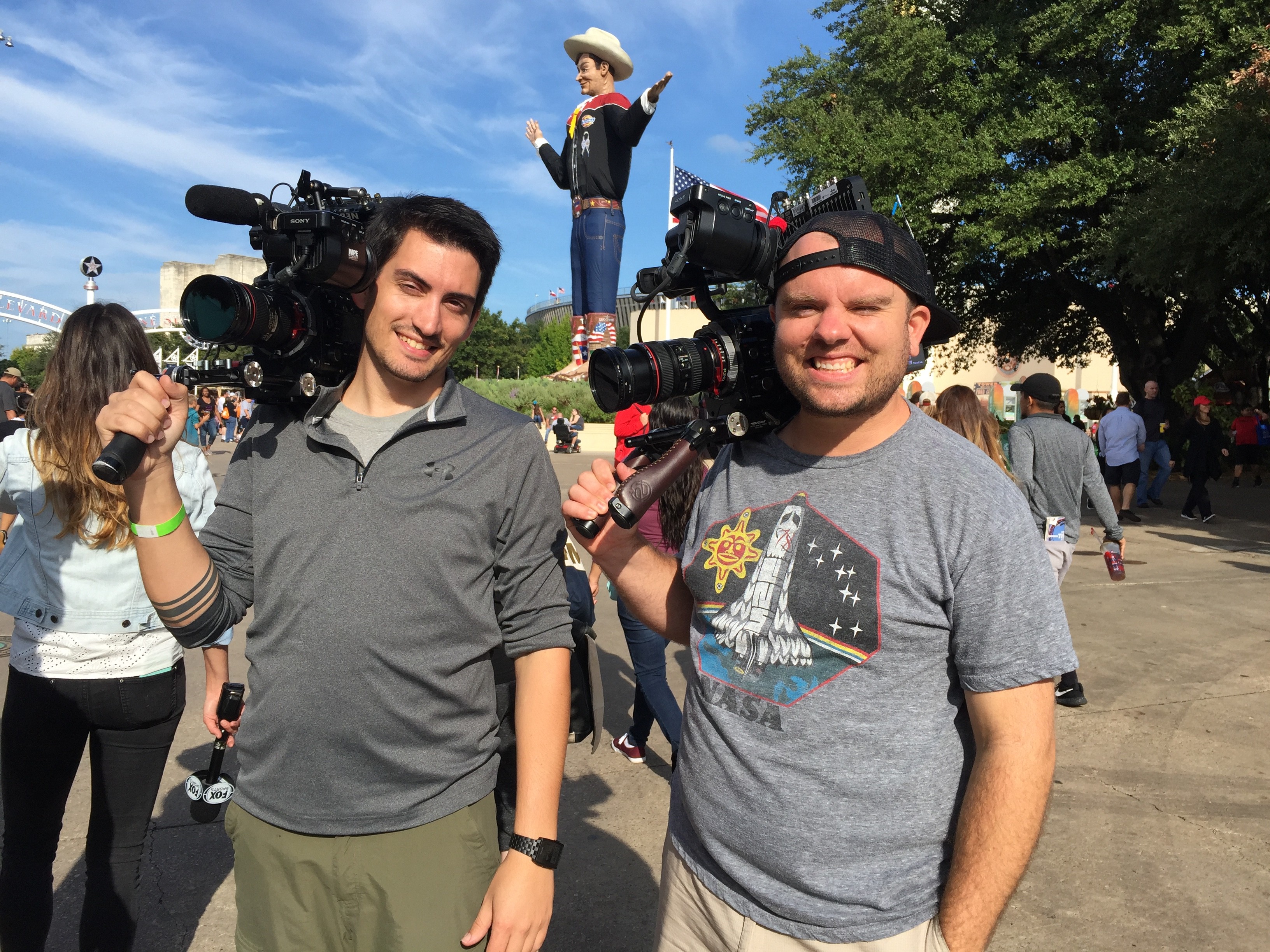 Nate and I had to get a picture in front of “Big Tex.”

Most of our day was spent shooting “Man on the Street” style interviews with Katie at the fairgrounds. We also shot some stand-ups and B-roll of the fairgrounds and Cotton Bowl. One of the highlights of the day was getting to see “Big Tex” – the huge cowboy that greets visitors to the State Fair of Texas.

The turn around time on this piece was very quick. It was set to air the next day before the big game. For this reason we recorded all of our footage to the Odyssey 7Q throughout the day so that we could deliver the producer Pro Res LT files. The producer specifically requested Pro Res LT because it would provide an easier workflow.

It was a blast to work with Katie and the “Garbage Time” crew. Can’t wait to do it again.

Below is the video that aired before the Texas/Oklahoma match-up.