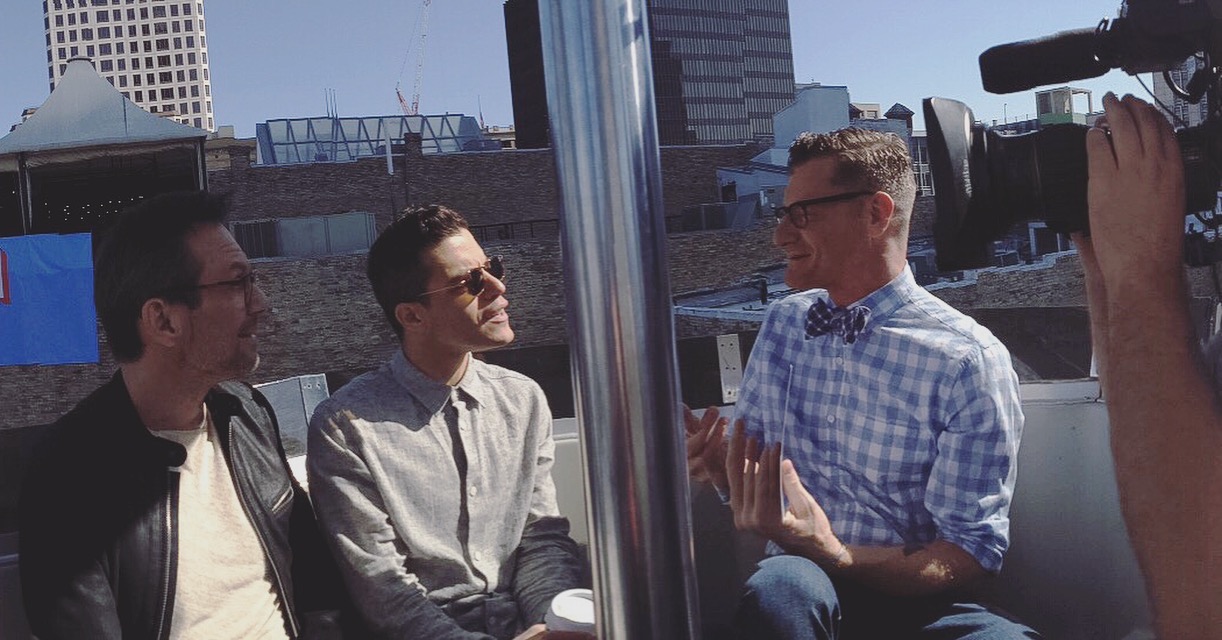 No big deal, just on a ferris wheel with Christian Slater, Rami Malek, and Marc Malkin.

When March rolls around in Austin, TX it can only mean one thing. It’s time for the annual music, film, and technology festival, “South by Southwest.” For two days, we had interviews with some of the biggest stars with E! News Correspondent Marc Malkin. 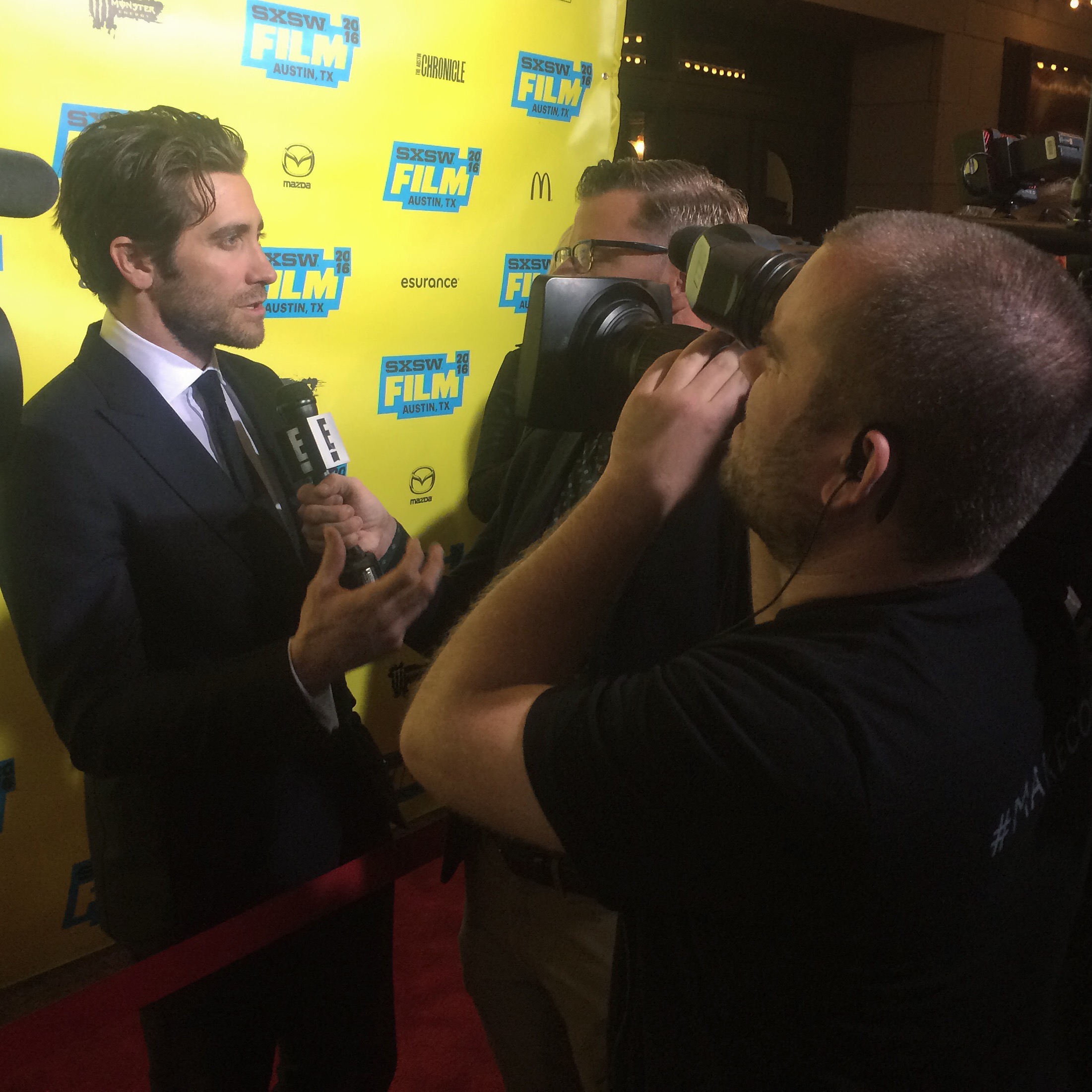 On the red carpet at the premiere of “Demolition” with Jake Gyllenhaal.

This was a “run and gun” shoot at its core. I had just a enough time to set up a couple of Lite Panels before I was shooting on the Sony F800 XDCam with an Odyssey 7Q attached for an instant backup and producer monitor. Highlights of the shoot include red carpet interviews with actors Kirsten Dunst, Michael Shannon, and Jake Gyllenhaal (Yes, I got to film the “Night Crawler”). As well as interviews with Pitch Perfect cast members Anna Kendrick and Adam Devine.

One of my favorite parts about the shoot was the interview with Christian Slater and Rami Malek, who were promoting their new show “Mr. Robot” on USA Network. Why do you ask? Um, because we did it on a freaking ferris wheel! As soon as I saw the ferris wheel my brain started to turn.  Pun intended.  With permission from the promoters and handlers we got the thumbs up. I was so pumped! 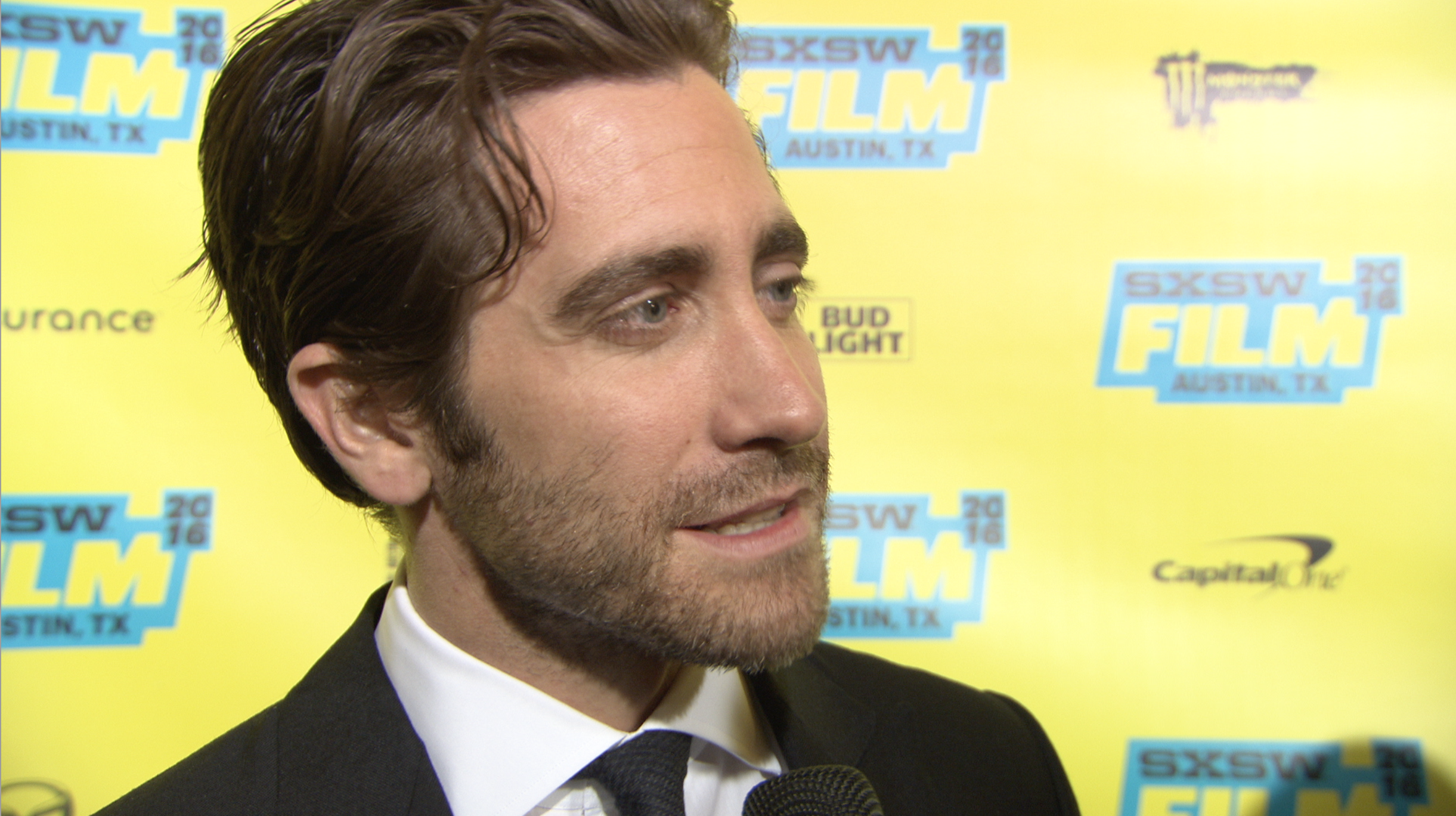 Jake Gyllenhaal on the red carpet.

For good measures, I attached a GoPro to the ferris wheel cart for a “throw away” shot.  Honestly, it turned out better than I expected.  I didn’t know doing an interview with the Christian Slater on a ferris wheel was on my bucket list but it definitely was!

As always, it was a pleasure shooting for E! News.  Aside from the hassle of finding parking it was a rather smooth shoot.  Working with Marc Malkin is an absolute treat and this time was no different.  I really can’t wait to do this again! 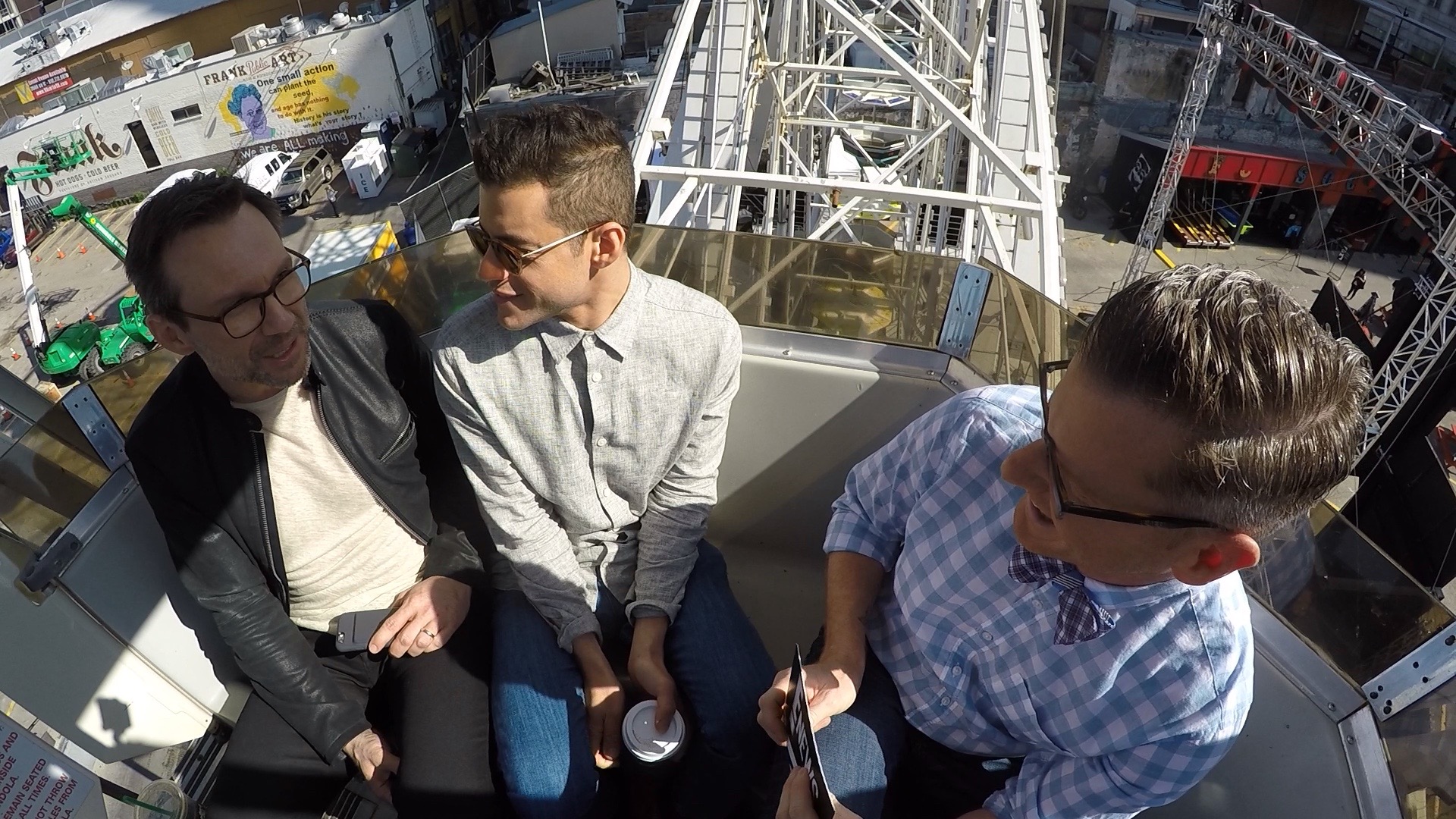 Screen grab from the Go Pro I mounted to the ferris wheel cart. 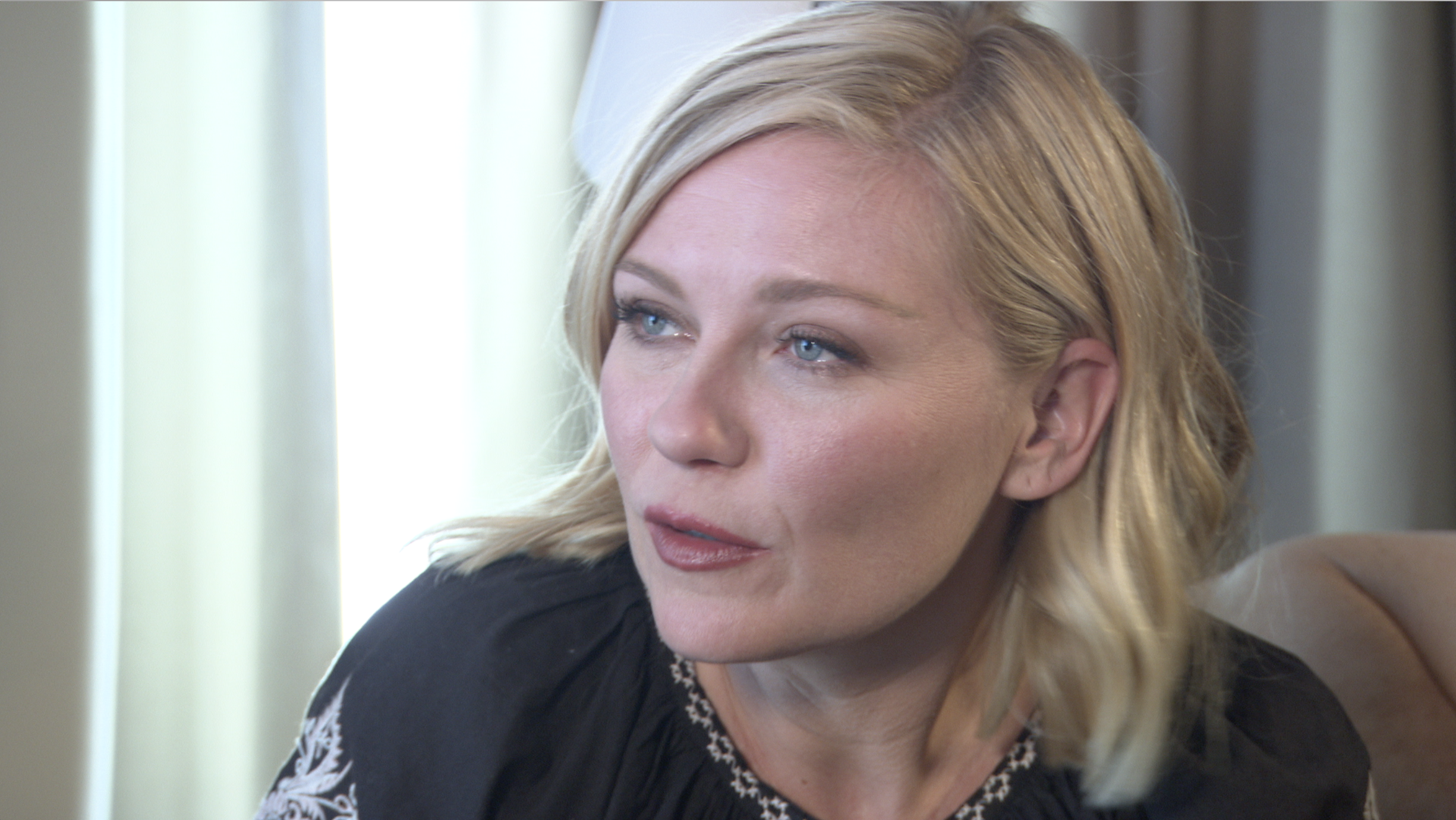 Here’s a screen grab from an interview we did with actress, Kristen Dunst.