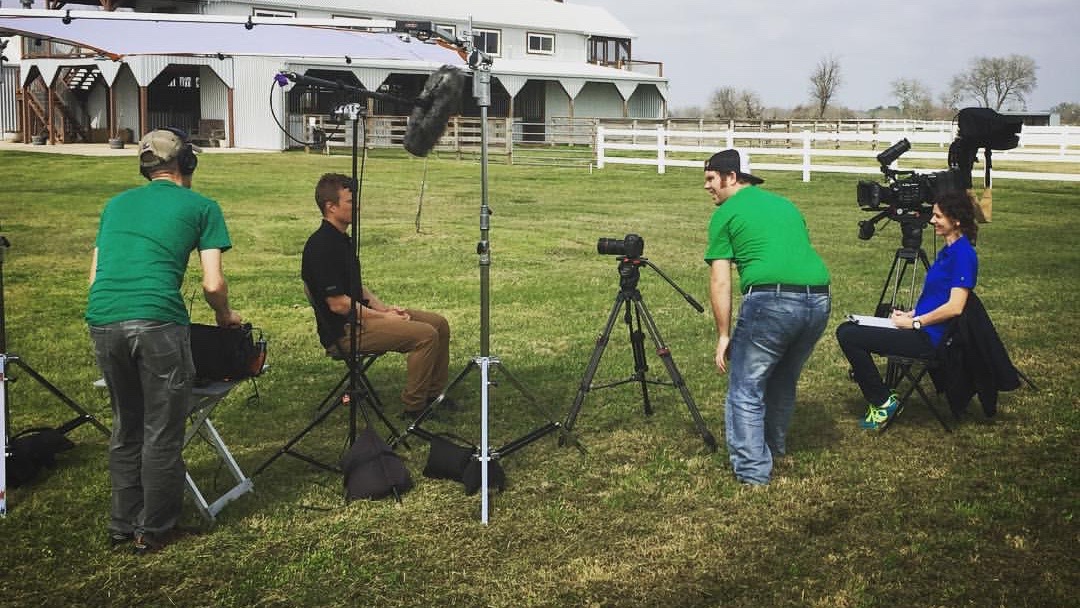 Posted 25 May in Texas Video Crew by Roger Woodruff

Of all the things I missed the most while DP’ing “Fixer Upper”, I’d say shooting sports features would be at the top of the list.  They never get old because it’s a chance to see a side of an athlete that we wouldn’t normally see. Also, getting booked with a really cool camera is a plus.  My experience shooting a feature on motocross super star, Andrew Short was no different. 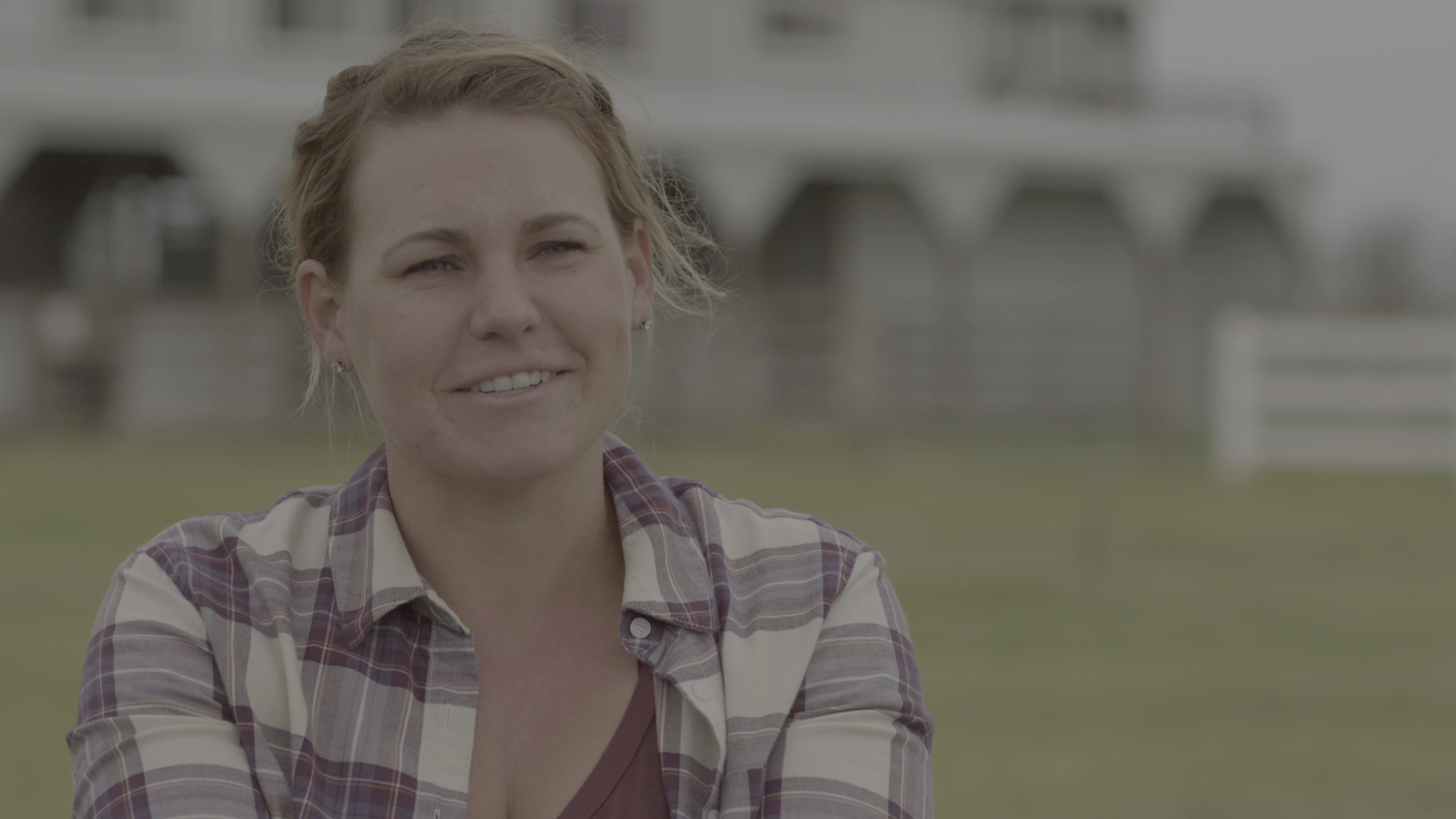 This is an slog3 screen grab from the interview we did with Jacki Short. This is an ungraded image.

I made the short drive east to the town of Smithville, TX. It’s basically in the middle of nowhere. Once we got to the Short Family Farm, we found a good spot to set up for our interviews. The feature was shot on the Sony FS7 in the slog3 picture profile.  This was actually my first time shooting with this camera for a client, although I’d had time with it before in a workshop.  I couldn’t stop comparing this camera to the C300.  In a lot of ways, the Sony FS7 blows the C300 out of the water.

The FS7 was mounted with a Canon 85mm f1.2 for the interview. This camera acted as our primary angle. I also used a Canon 5D Mrk3 with a 24-70mm f2.8 for a wider shot. The lighting setup was simple.  I just threw a 6×6 silk over head.  I had a Lite Panel on standby to give them a little pop but I honestly didn’t think I needed it.  It was a pretty cloudy day. 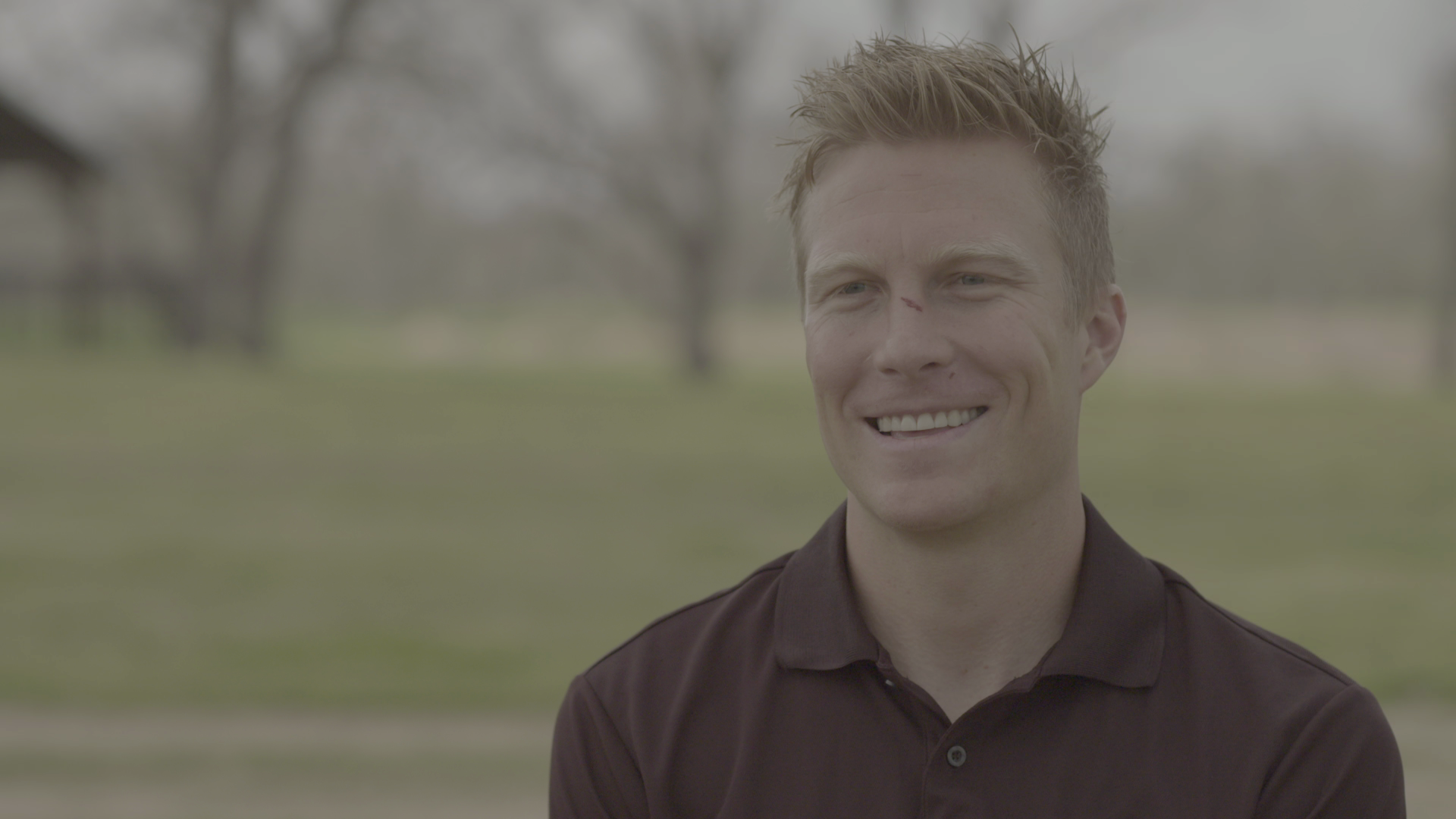 This is a screen grab from the Andrew Short interview we did with the Sony FS7 with the 85mm lens. Notice that this is what the slog3 profile looks like before color grading.

The rest of our day was spent shooting b-roll of the family farm and shots of Jacki and Andrew hanging out.  Eventually, their two kids got home from school and we shot a little scene of the family feeding the cows.  We ended the day with “hero” shots of the family on the back of their pick-up truck and shots of old pictures. Andrew, Jacki, and their kids were so much fun to work with.  They were so welcoming and genuine. 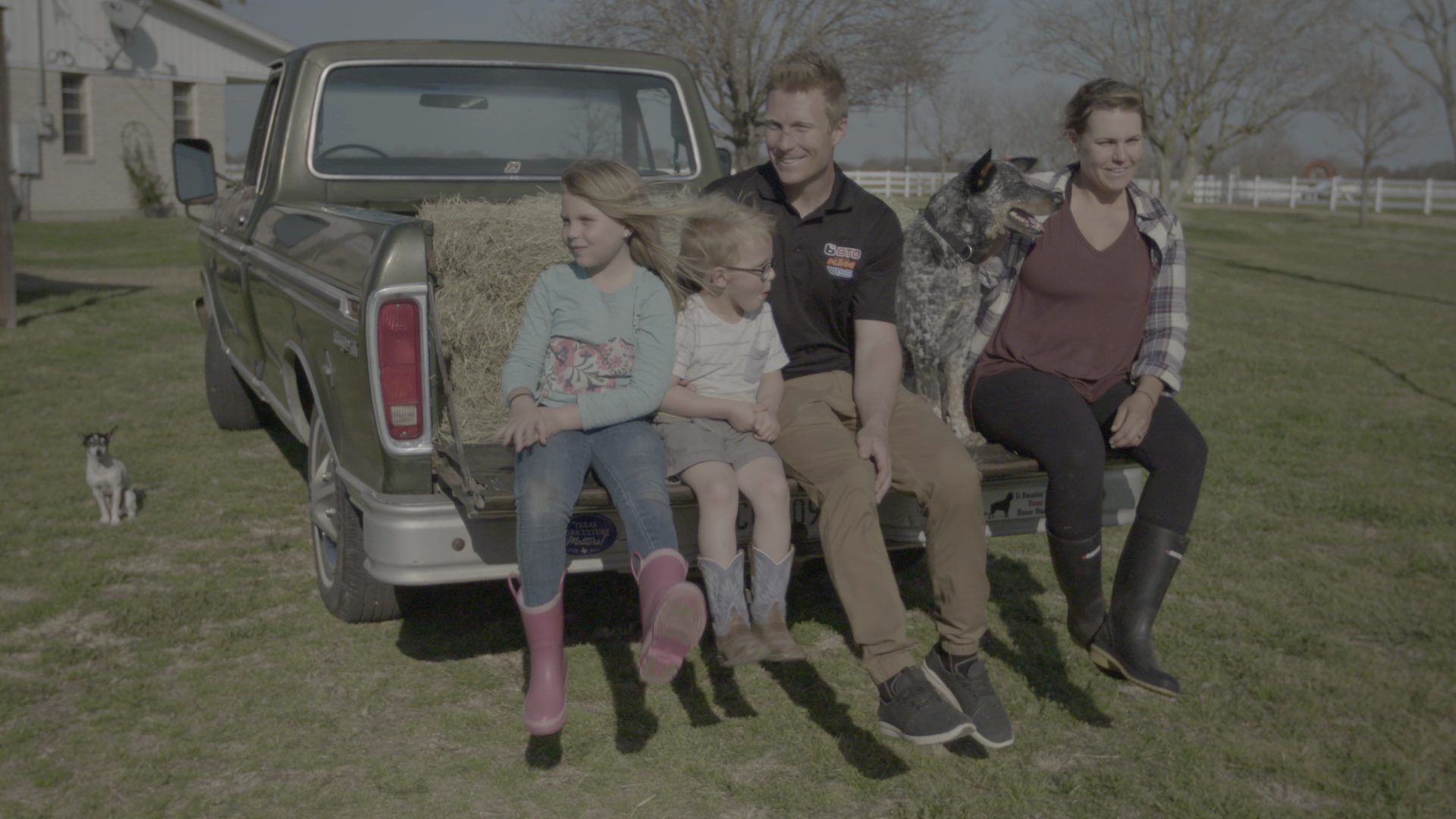 Andrew and Jacki Short sit on their old pick-up truck with their two kids and dogs by their side. Another example of what the Sony slog3 looks like un-graded.

You can check the Andrew Short feature here: