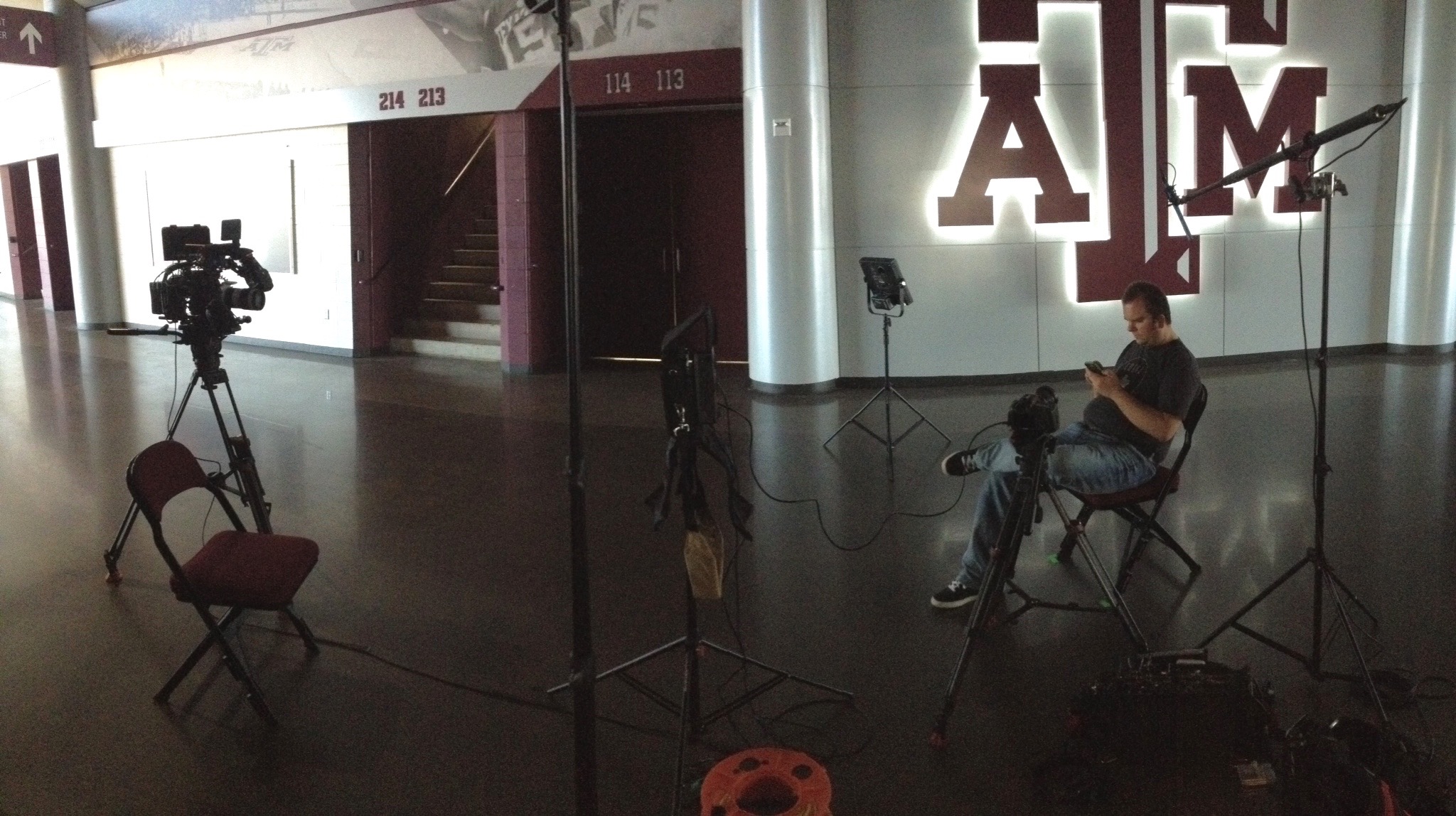 Waiting for our first interview at Reed Arena.

I had the pleasure of spending the day out in College Station for the SEC Network.  We were there shooting some interviews with members of the Texas A&M Men’s Basketball team.  One of the interviews was with coach, Billy Kennedy.  The cameras used on the shoot were the Canon C300 and 5D. 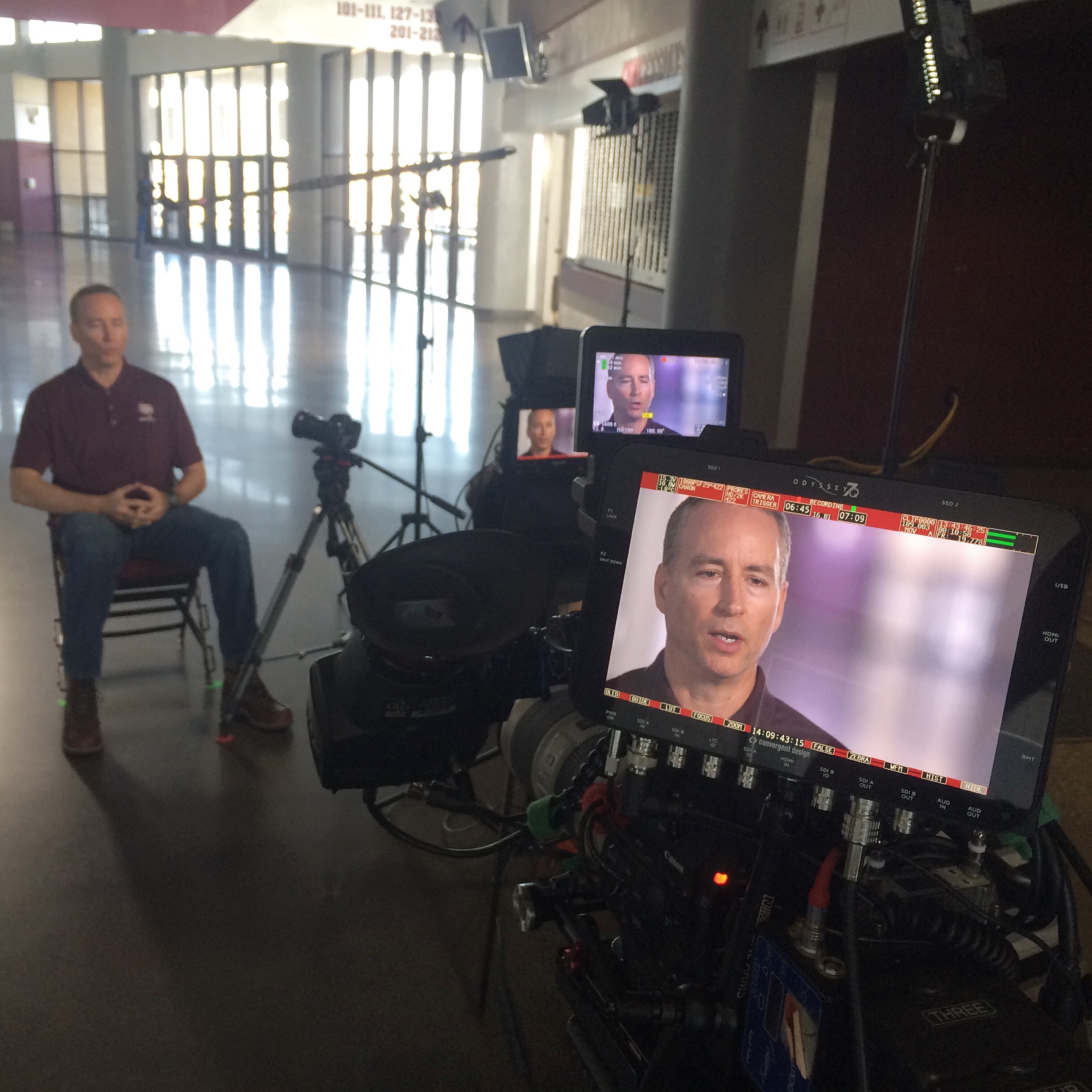 The crew had two hours to set up for the interviews and it was more than enough time to do so, which almost never happens.  We used the concourse at Reed Arena to set up camp.  I think we got a cool look out of it.  The space was filled with lots of natural light and I took advantage of that. 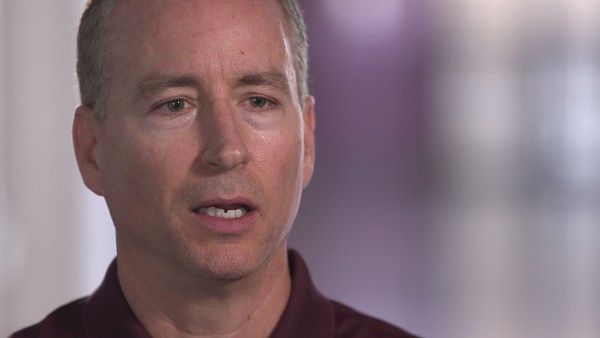 After four interviews, my audio guy packed up while I roamed Reed Arena looking for cool b-roll of the basketball court and Texas A&M signage. We also started dumping media while I shot b-roll.  I was really happy with the “look” we walked away with.  I can’t wait to shoot for SEC Network again. 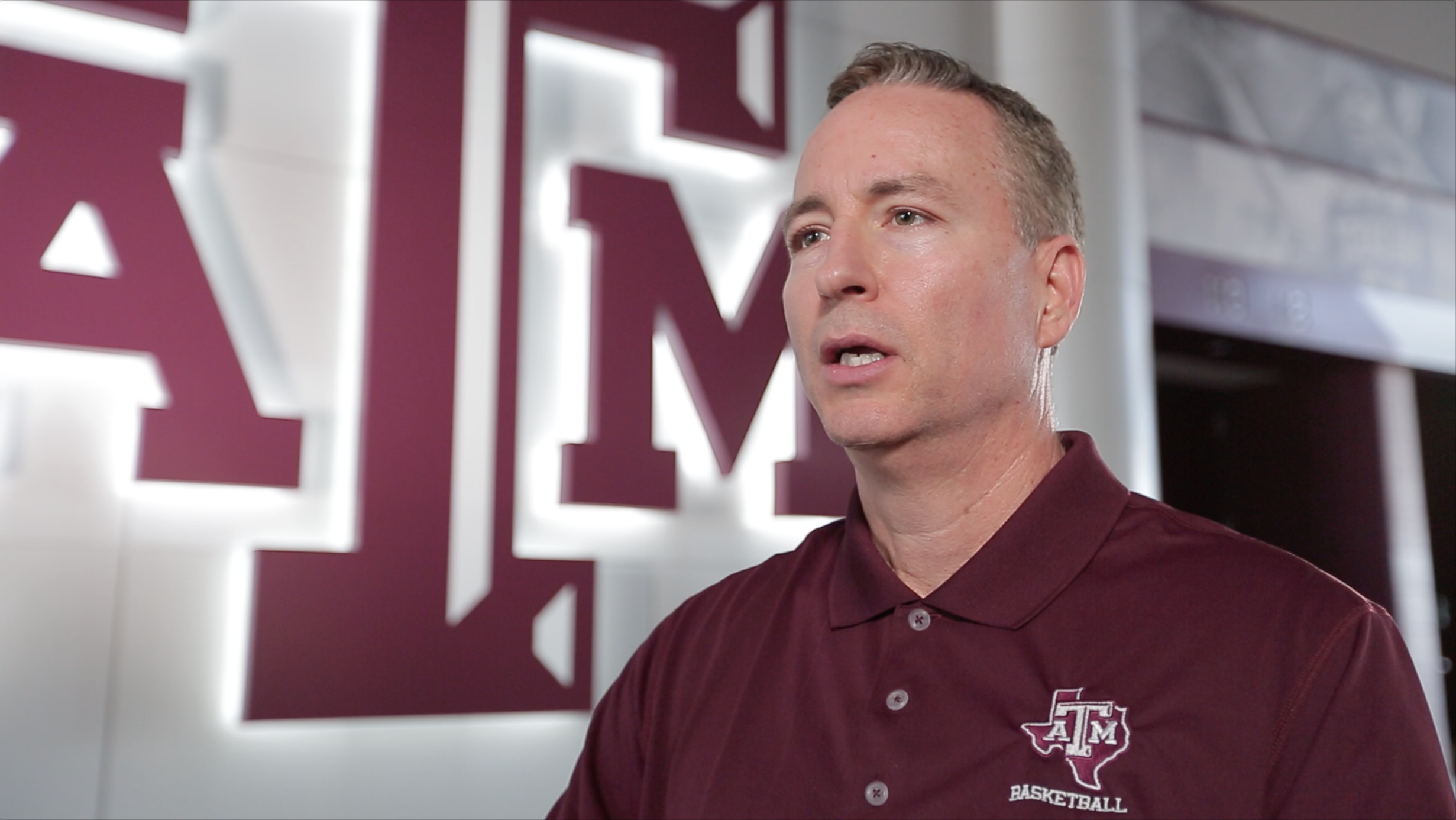 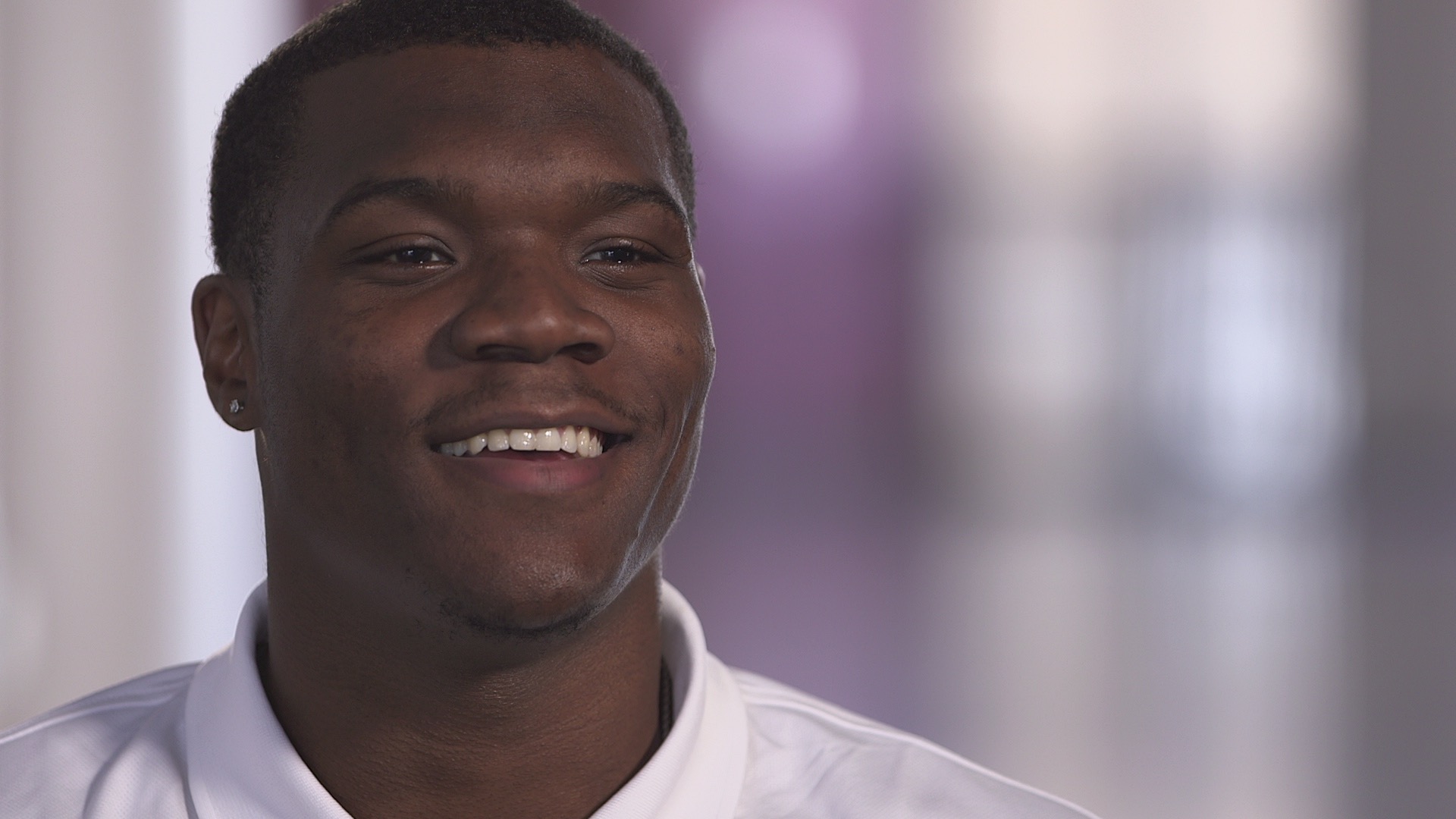