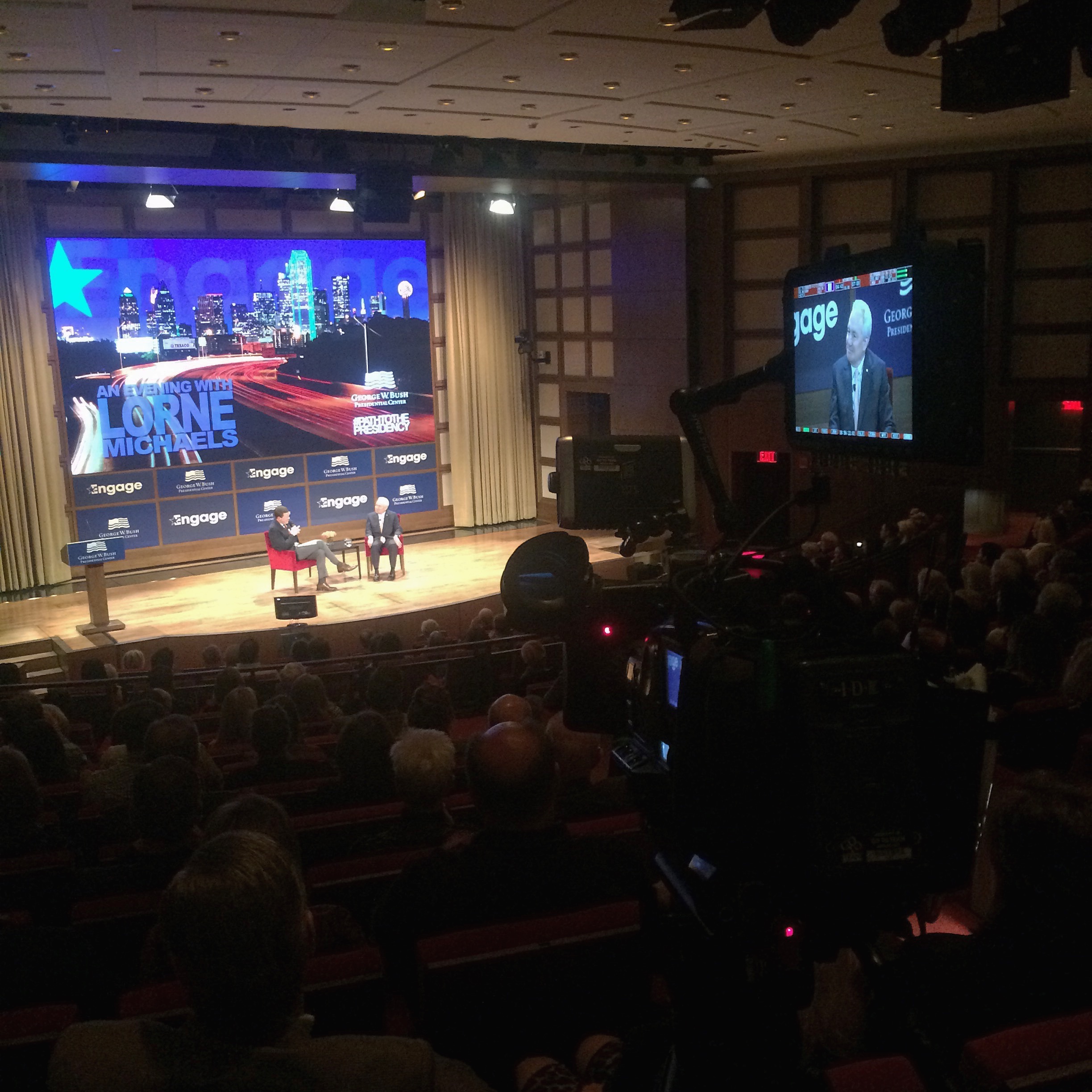 Texas Crew’s Live from Dallas with The Today Show 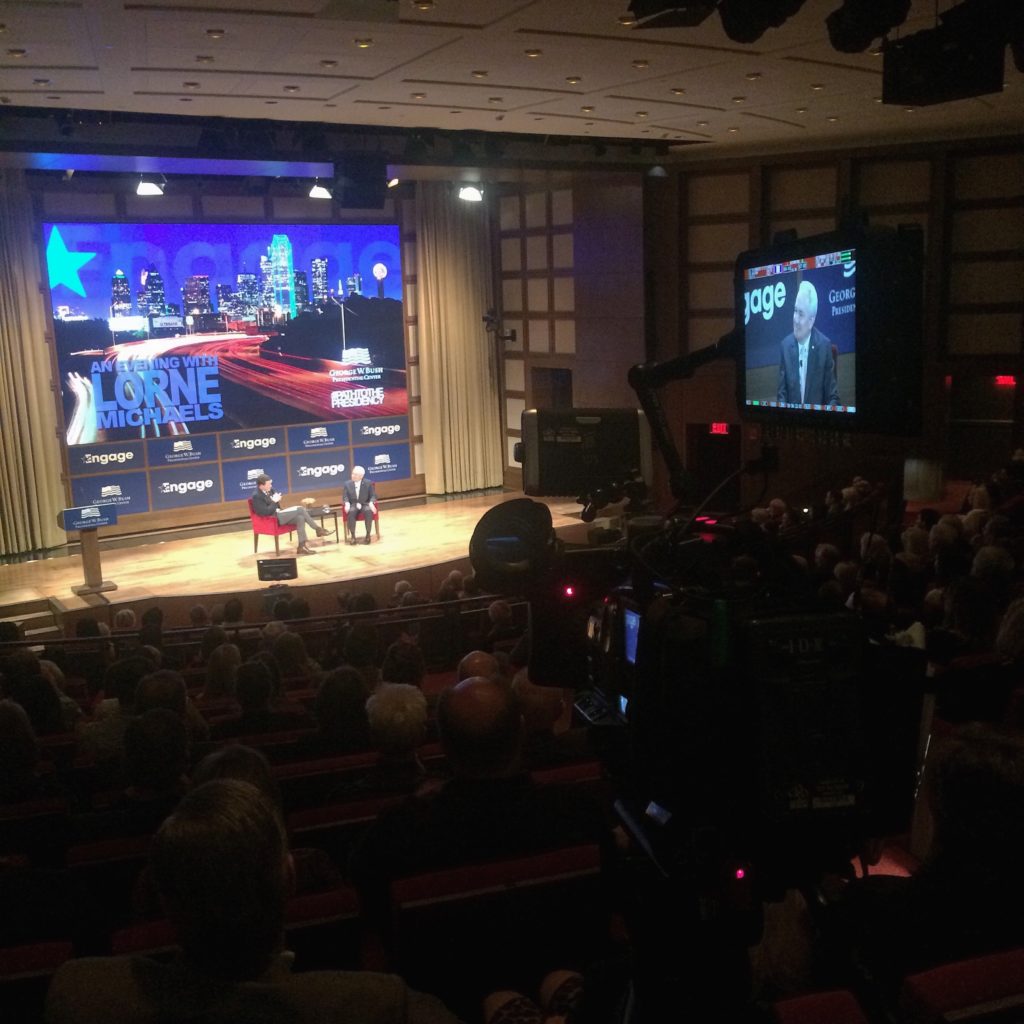 I headed to Dallas for The Today Show to film a panel discussion between NBC’s Willie Geist and Saturday Night Live‘s Creator and Executive Producer Lorne Michaels at the George W. Bush Presidential Center.  The camera of choice was a Sony F800 XDCam but I also attached an Odyssey 7Q to my rig to act as a producer monitor and back-up recorder. 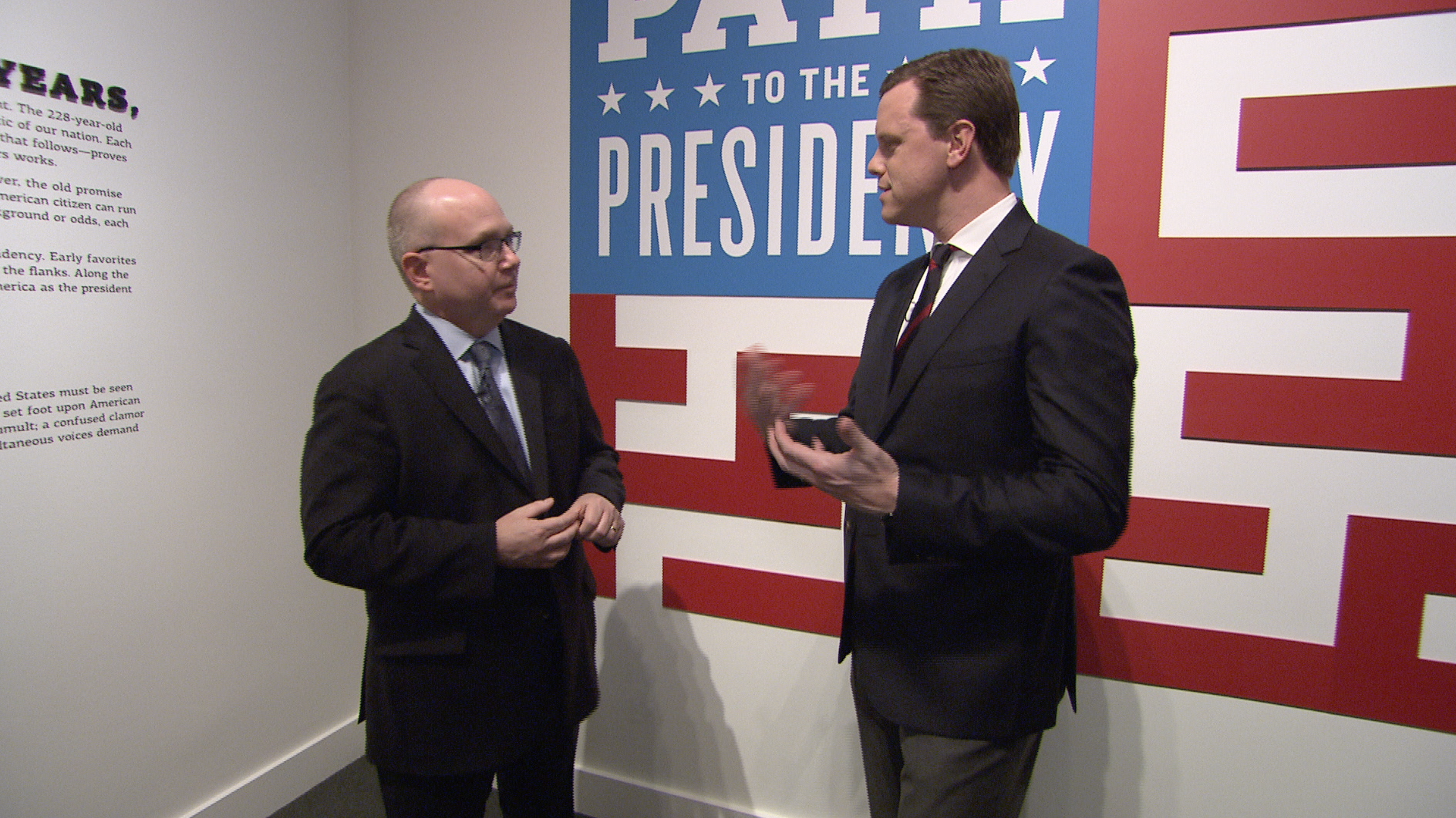 We spent the first hour shooting b-roll of the Path to the Presidency exhibit from Bush Library and Museum director Adam Lowe.  I noticed the exhibit had decent lighting, but I still used my on-camera light to give Lowe and Geist a little “pop”! The exhibit gave an interesting perspective of the campaign trail and what it takes to win the highest office in the land.

After the tour, we moved to a replica of President Bush’s Oval Office followed by an interview with Saturday Night Live writer Rob Klein.  It was pretty cool shooting in one of the only to-scale replicas of the Oval Office. 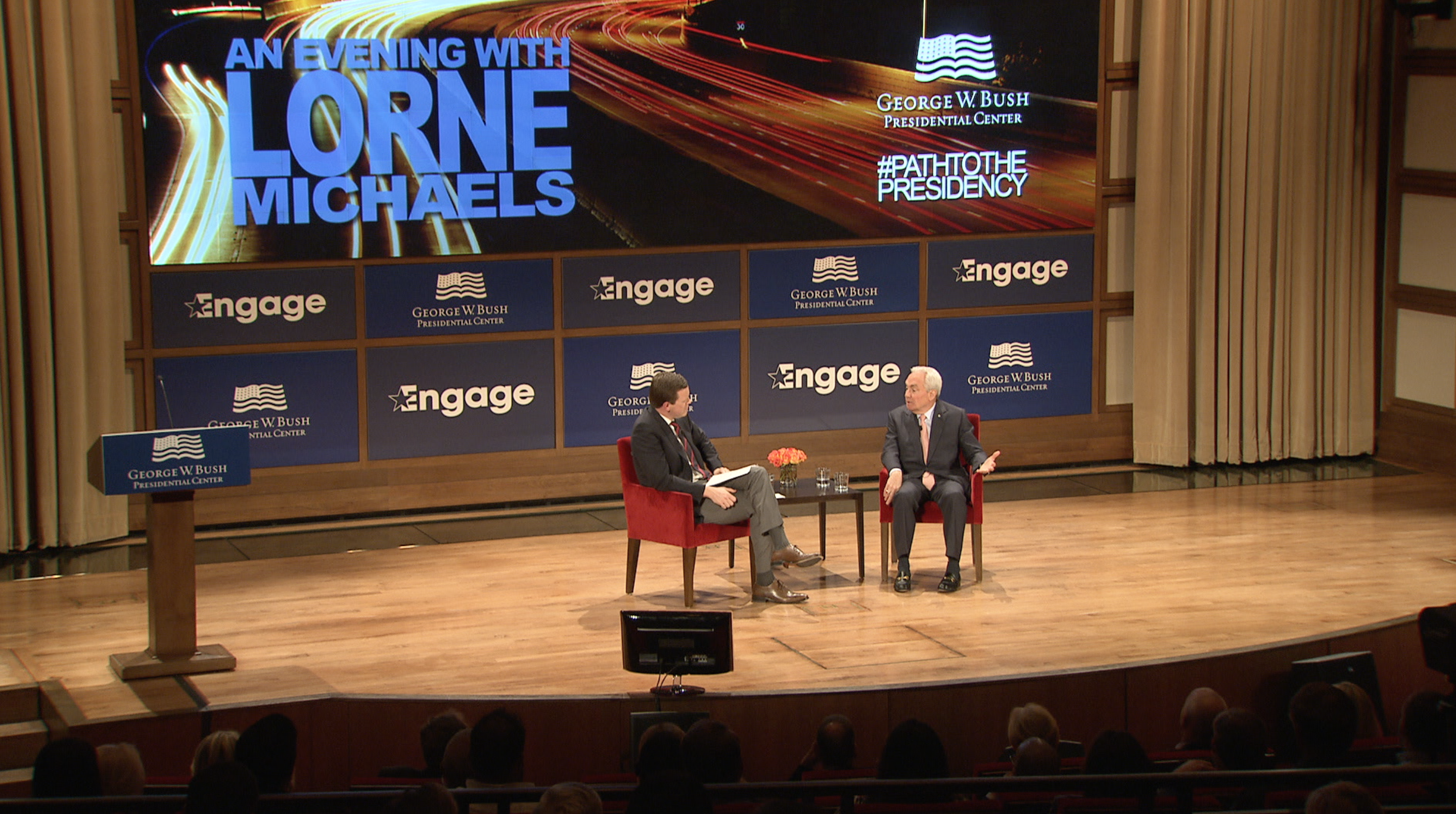 Our final stop of the night was filming an intimate chat between Geist and Michaels held in the Library’s auditorium. I decided to swap to the my Canon long lens for some much need reach.

One of the coolest things was actually being in the same room with former President George W. Bush. The former 43rd President even poked fun of himself and the brilliant parody done by Will Ferrell on SNL during the 2000 election. 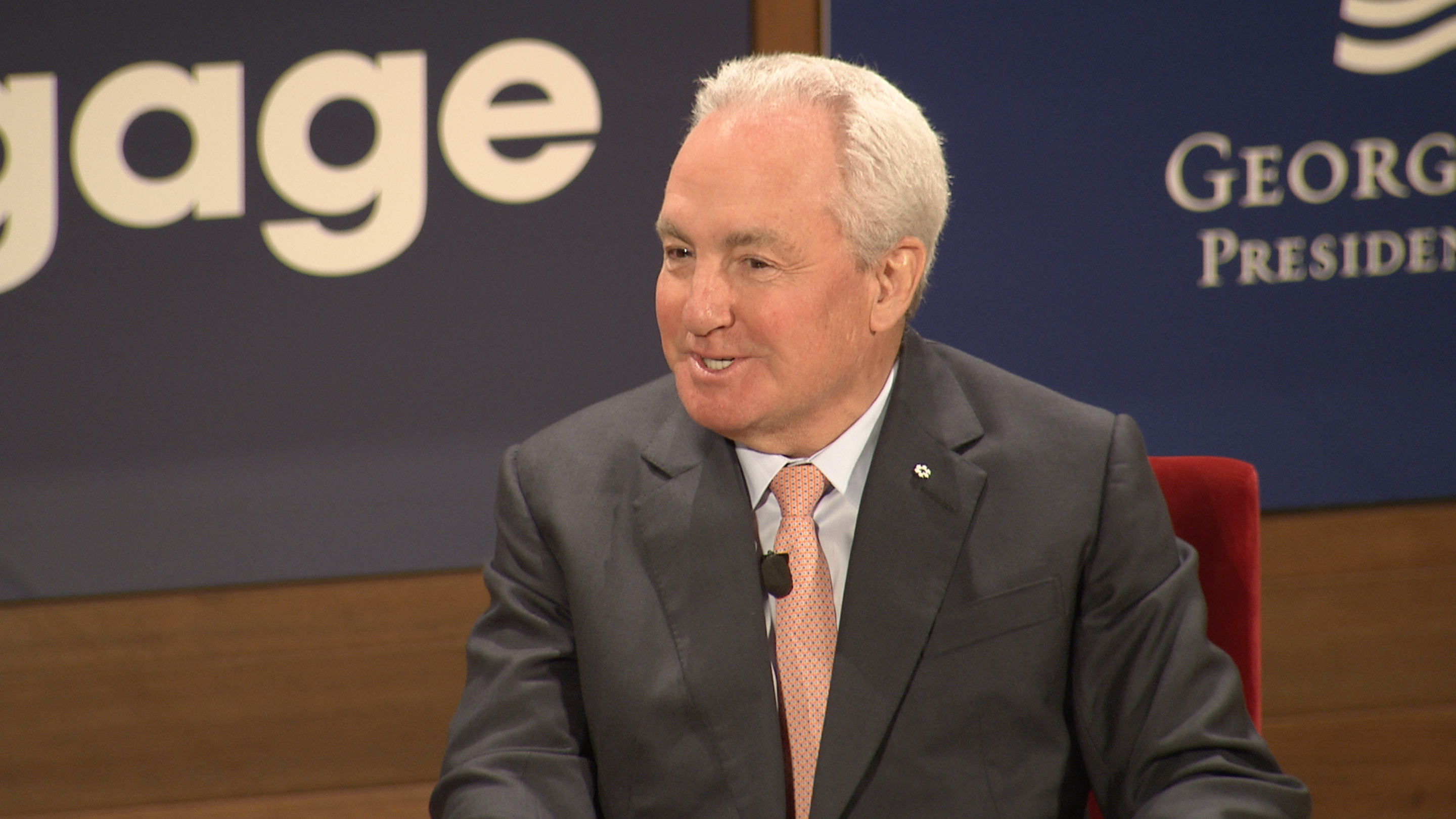 Here’s a close up of Lorne Michaels thanks to my long lens. 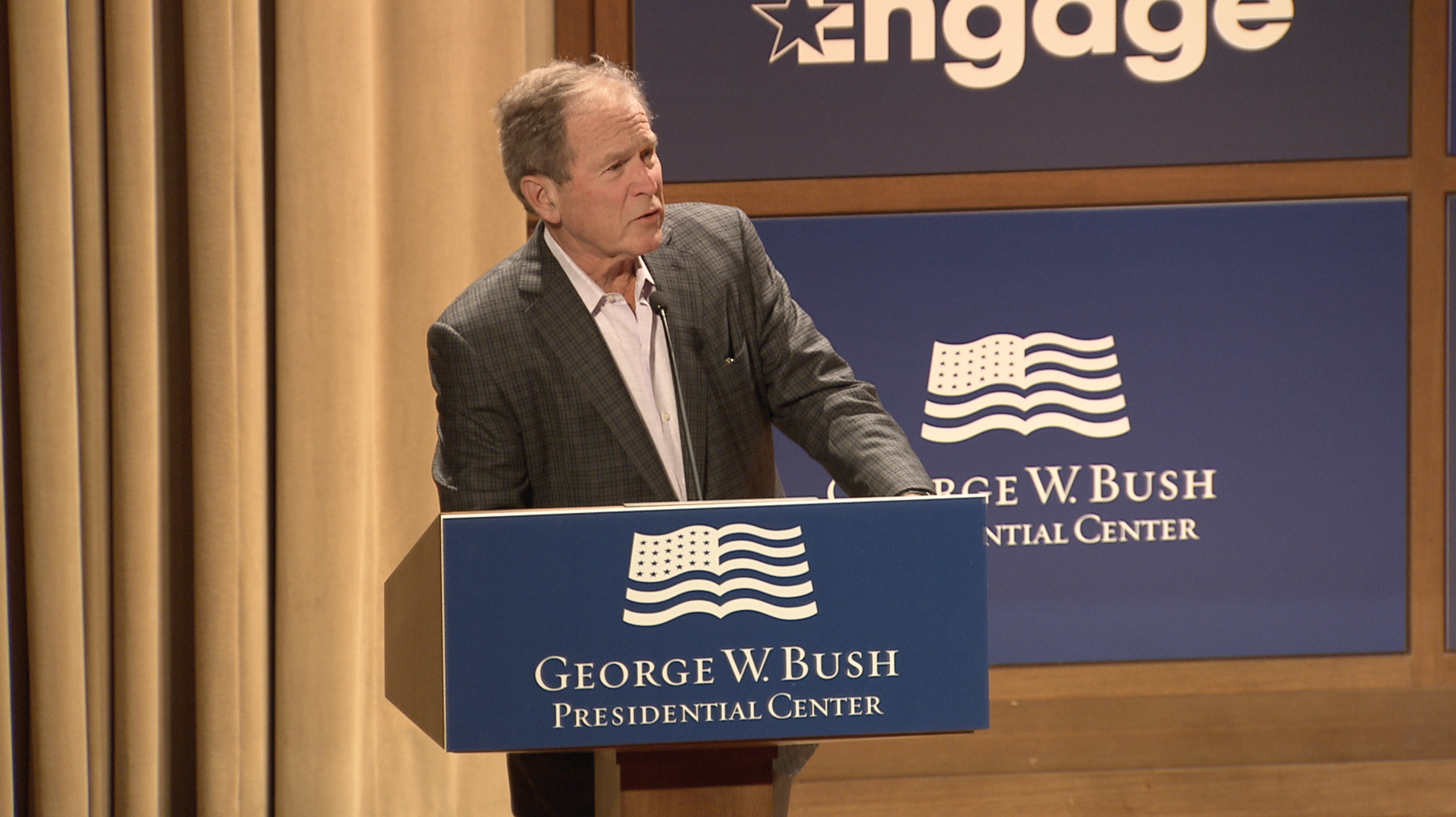