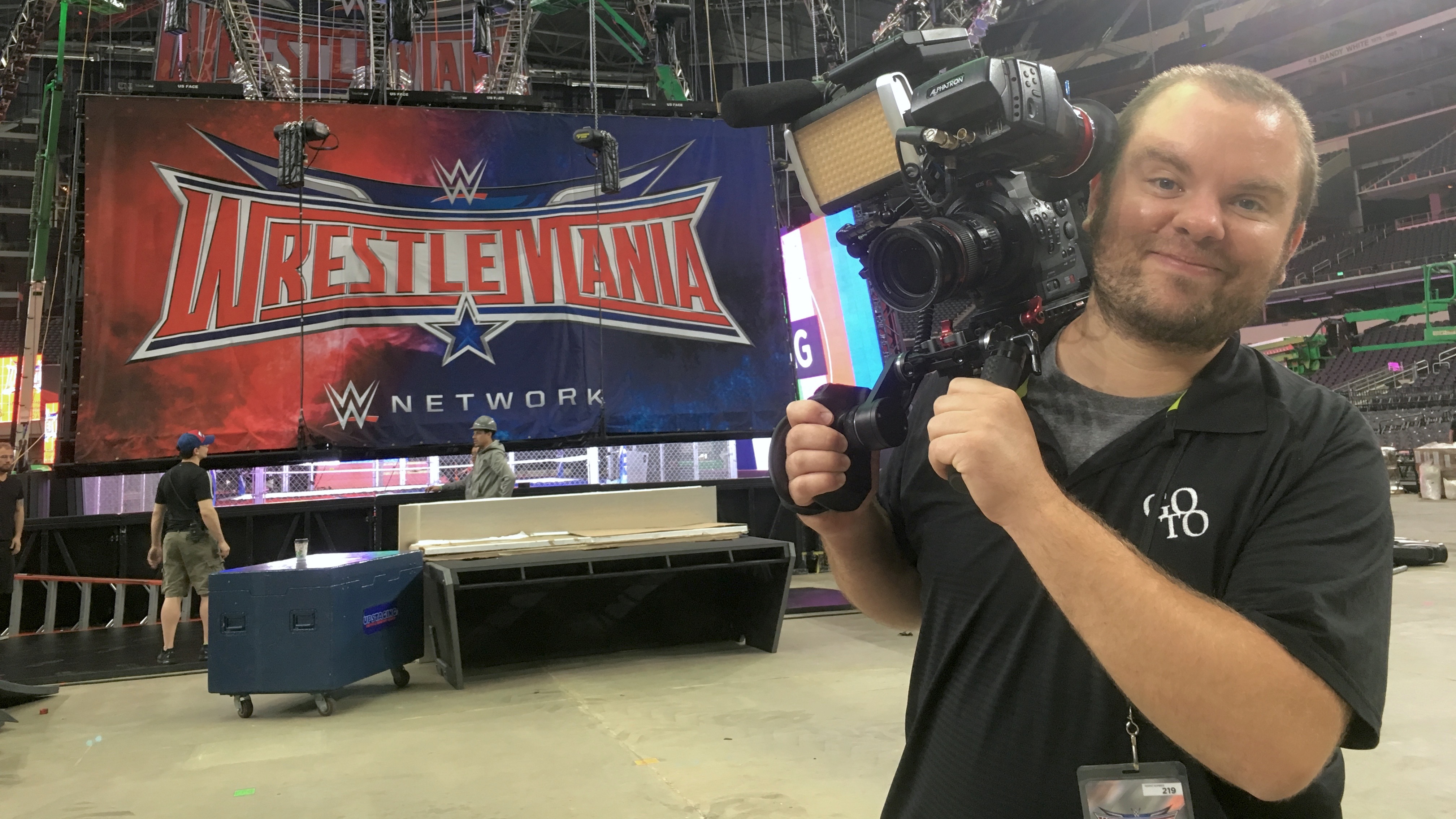 Texas DP Lays the Smack Down on Wrestlemania

Wrestlemania 32! Can you tell that I was pretty excited to be there?

I didn’t know what to expect when I saw that I was booked by the WWE for Wrestlemania 32.  I don’t really know that much about the WWE.  Go To Team has been shooting for them for a while but being on Fixer Upper prevented me from those types of shoots.  Well, not anymore!  I was pumped to be a part of the WWE’s “Superbowl.” 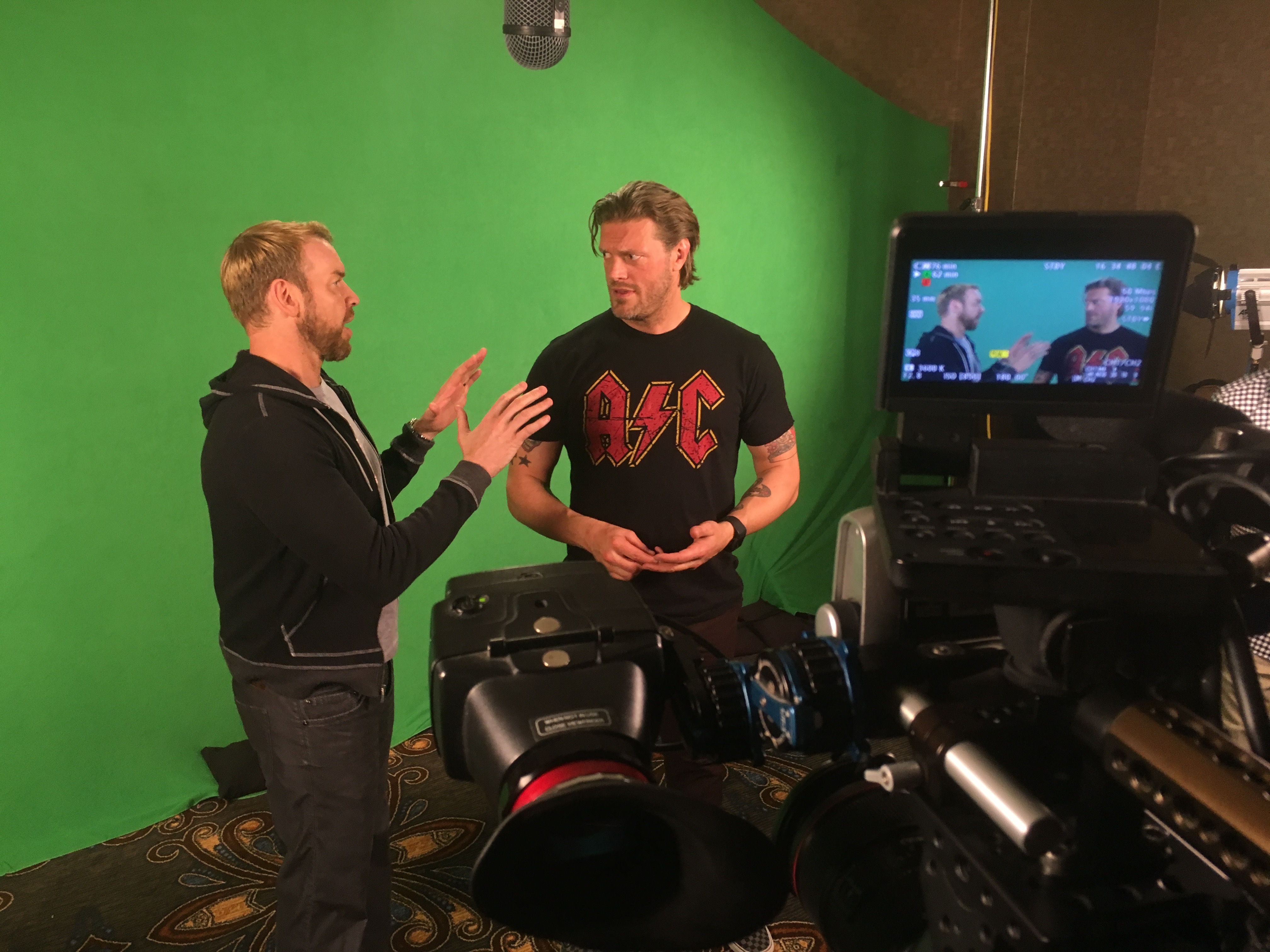 Edge and Christian do a scene in front of our green screen setup.

My assignment for the week was working on “The Edge and Christian Show.”  The best way to describe this show is that it’s a cross between wrestling and “Wayne’s World” only way better.  Most of the content we shot were skits and interviews.  We shot on the Canon C300 with L-series glass.

Our biggest setup of the week involved a 10×20 green screen and a variety of lights.  We used two 400w Kino Diva lights to key and a Lite Panel Flood as a back light.  The green screen was lit with two 300w Arri lights with a dimmer attached.  We had a ton of guests stop by our set including Kane, Samoa Joe, Sasha “The Boss” Banks, and legendary wrestler Bob Backlund.

You never knew what was next on this shoot.  I think that was part of the fun.  We just kept getting surprised by the WWE superstars and legends that our producers would wrangle.  One minute we’re shooting a green screen skit and the next minute we need a “30 for 30” look.  The constant changes were a challenge but I think that’s part of the fun. 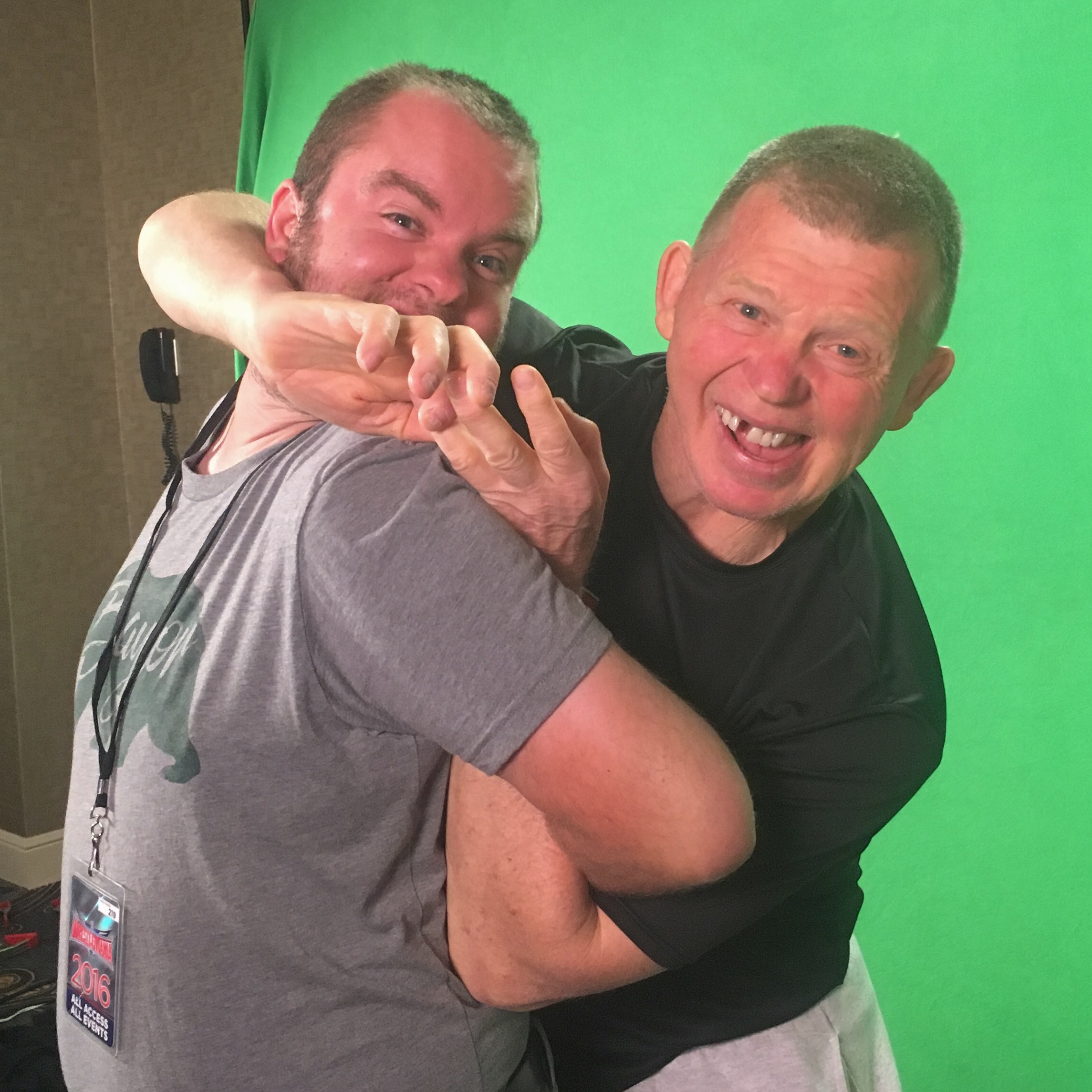 WWE legend, Bob Backlund has me in a crossed face chicken wing! The dangers of working for the WWE. It was well worth it.

The last couple of days were spent at AT&T Stadium shooting skits.  We took advantage of the variety of looks the stadium provided.  We primarily filmed in a locker room on the day of the main event.  We actually wrapped a couple matches into Wrestlemania so I was able to go out to the floor and watch the rest of the event.

I was blown away by the energy, size, and spectacle of Wrestlemania.  It was absolutely amazing.  The matches were so cool and entertaining.  Also, it was eye opening to watch how many people it takes behind the scenes to make this type of event go as flawless as it did.  Working for the WWE was not only a ton of fun but it was educational.  If the chance to work on Wrestlemania 33 comes up please, sign me up! 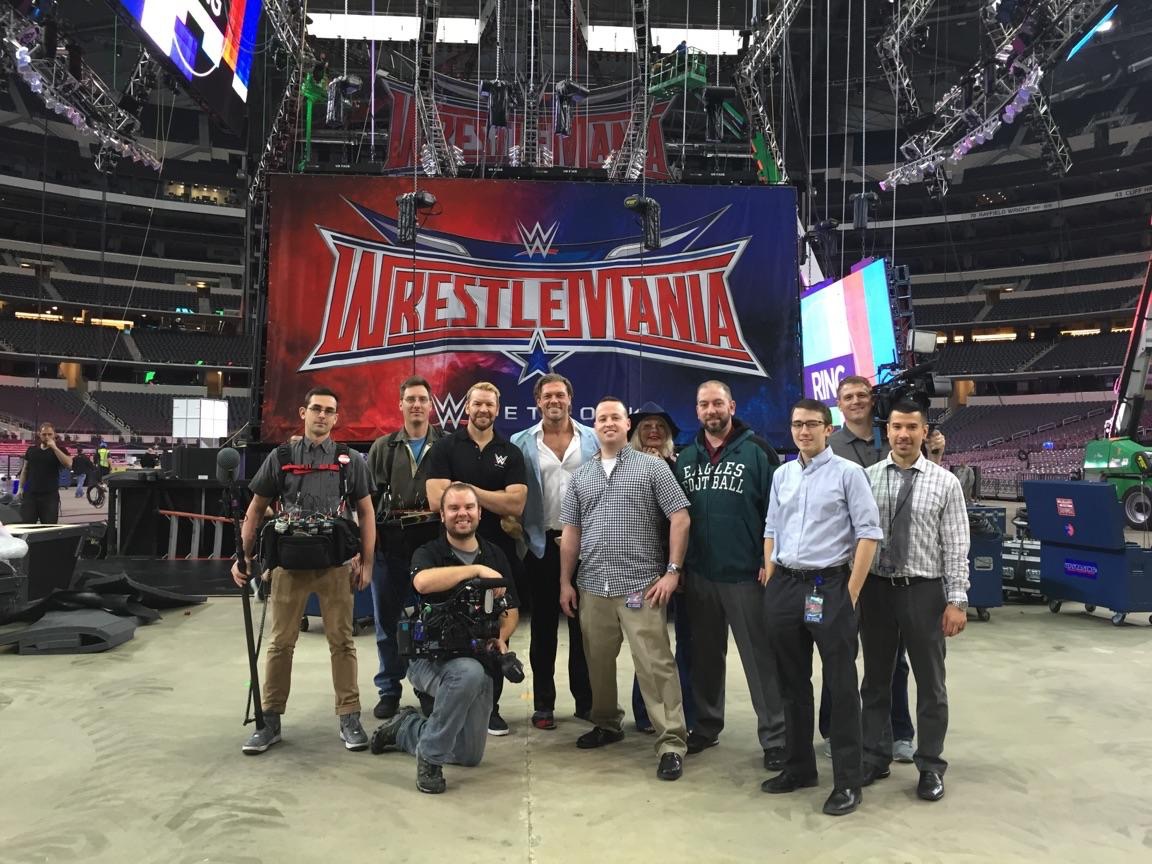 I had the honor to work with one of the best crews in the business. 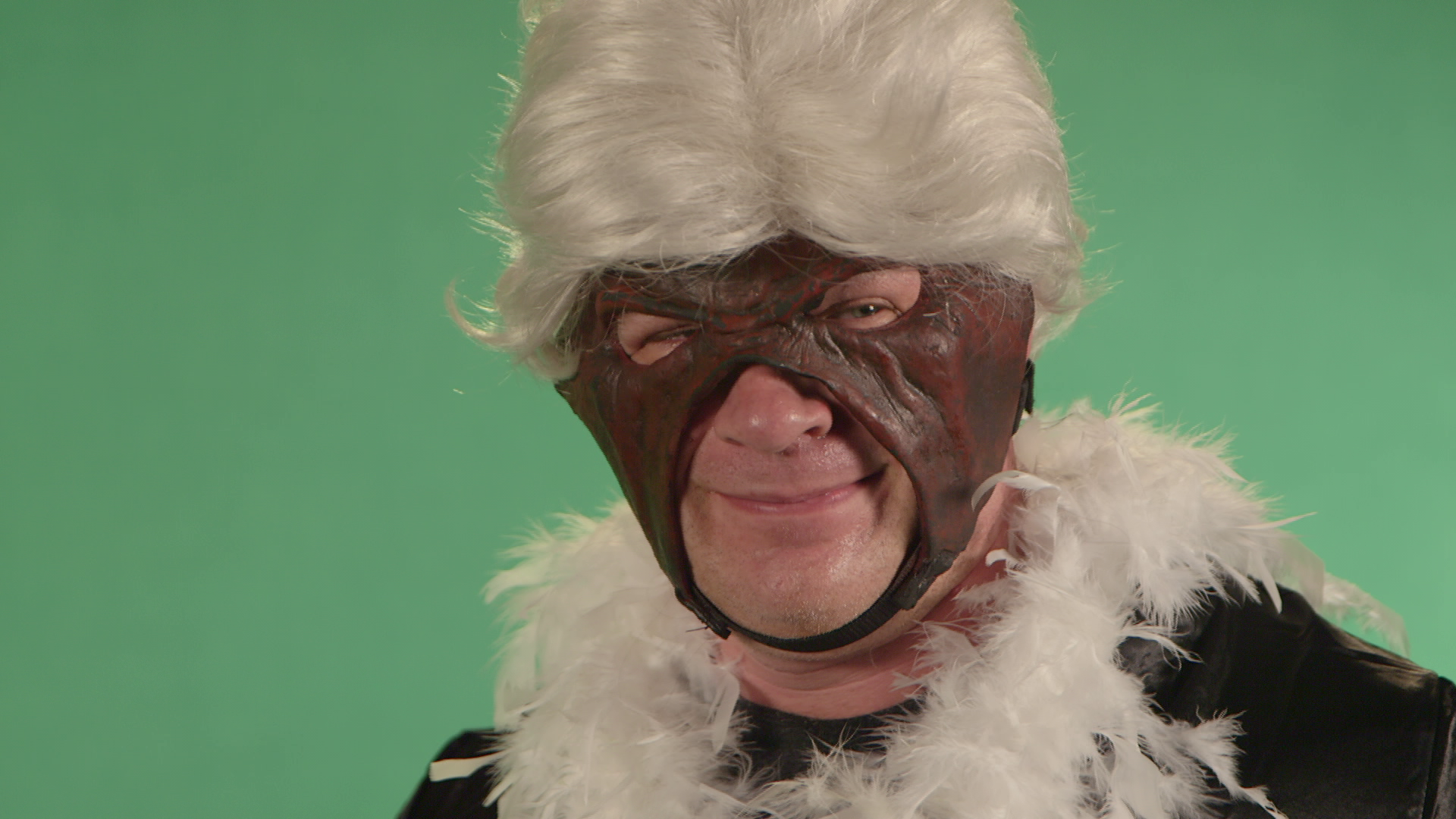 Is that Kane or Rick Flair? It’s hard to tell.