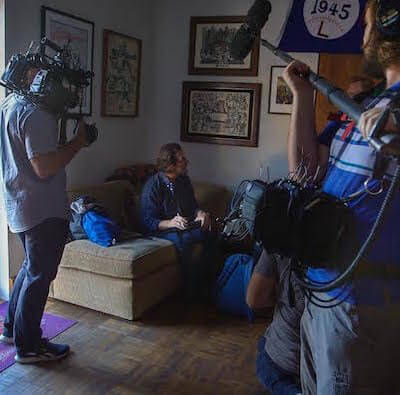 When Pearl Jam held a series of concerts at Wrigley Field in the fall of 2016, they decided to shoot a film of the shows to give the audience a BTS look at the epic concerts. As the Cubs continued to dominate in the postseason, Pearl Jam and the director, Danny Clinch, decided to stick around to see how the Cubs would fair in the playoffs. They made it to the World Series and won, breaking their 108-year losing streak. What started out as a Pearl Jam concert film became a sports doc that covered one of the biggest sporting victories. 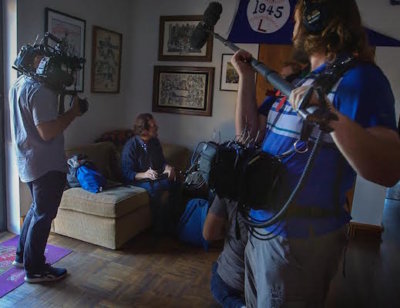 A year later Pearl Jam’s Eddie Vedder – Chicago native and die-hard Cubs fan – met up with Fox Sports announcer Joe Buck to promote the upcoming release of the documentary “Pearl Jam: Let’s Play Two.” Our Chicago camera crew was happy to help film the interview in the famed Murphy’s Bleachers, a bar right across the street from Wrigley Field. In order to match the look of the documentary, we shot the interview handheld. The room was filled with awesome Cubs memorabilia which gave the background a great look.

You don’t have to be a Pearl Jam fan or a Chicago Cubs fan to appreciate the heart and soul put into this documentary. Our Chicago camera crew was proud to help tell the story of this victory. Thank you Fox Sports.

Watch the interview here and be sure to check out the full documentary, “Pearl Jam: Let’s Play Two.”