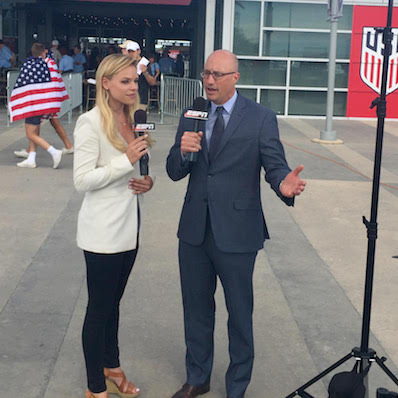 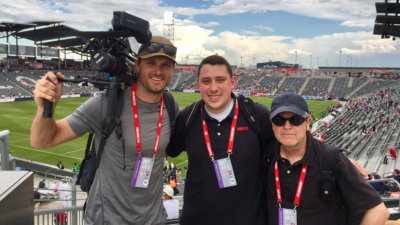 Soccer season’s here and Denver hosted the Trinidad and Tobago vs the U.S. Men’s National Team qualifying match for the World Cup. We were there to cover the action on and off the field for ESPN‘s Sports Center.

It’s a Small Producer’s World After All

One highlight of the shoot was getting a call the day before from my producer Cody. His number came up as a 315 area code (Massena, NY) literally a 40-minute drive from where I was raised in Malone.  You only know these two towns if you’ve lived there and it’s rare if not impossible to bump into a producer from a town with a population of 10,000 but it happened. Small world! 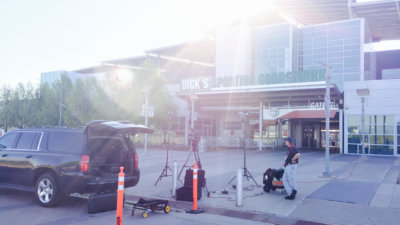 We started our multi-day shoot downtown where we set up for stand-ups that we would eventually feed to Bristol.

After interviewing several players and feeding, we reported to Dicks Sporting Goods Field where we were set to shoot pressers with both head coaches.

As the sun came up on day two, we were set up for morning live hits that would continue throughout the day. Once the game started we waited for the outcome.

Post game had our crew rushing the field to get player interviews, as well as set up for a final recap with our ESPN talent.

ESPN is great to work with and they were pumped with all of the content we were cranking out.