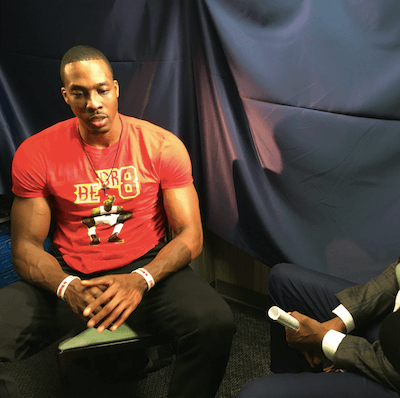 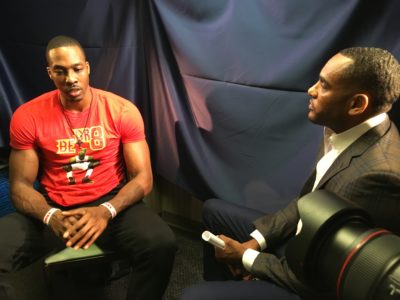 Hawks star Dwight Howard teams up with Cartoon Network at an Atlanta Chuck E Cheese to end bullying. “I’m really tired of it,” says Howard to try to stop all types of bullying. 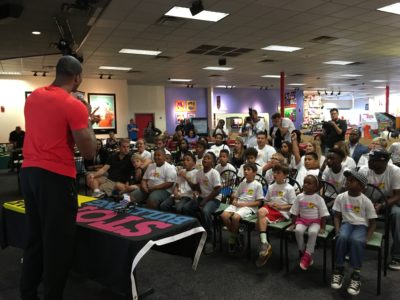 Block Out Violence focuses on non-violence, anti-bullying, respect and acceptance to create safer schools and communities. This cause is near and dear to Howard. When he was growing up, there was no social media bullying or trolling. He wants to stop it.

We filmed him speak his influential words of encouragement to a group of elementary school children at a local Chuck e Cheese. He kept his speech light for the younger kids while also delivering it with determination. Then we filmed an interview. It was an interesting set-up. We had to fit Howard, a 6’ 11” athlete, a former basketball player who was interviewing him, two camera guys and all our gear into a small room. 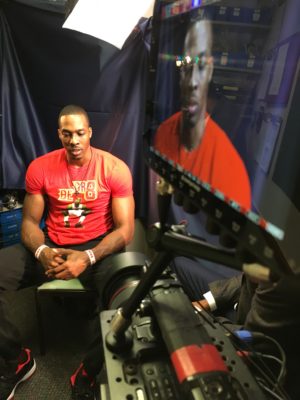