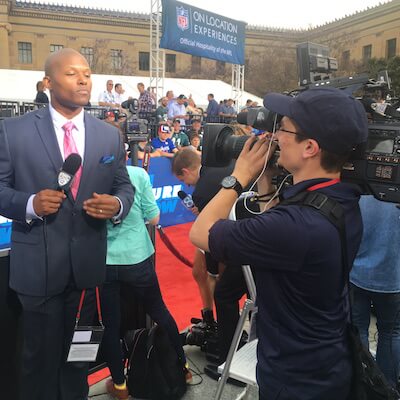 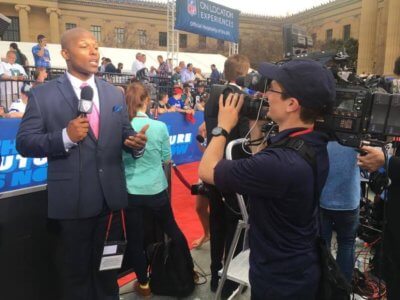 Lights, camera, action! What an amazing time we had at the NFL Draft event in Philadelphia with the Pac-12 Network! It was all glitz and glam for the Pac-12 fans and players as we got to see who would make it into the NFL! We started our day off by grabbing a premium spot on the red carpet and were ready to talk to the players and coaches as they walked by. There was also a crowd of eager fans waiting on the players across from us that kept the energy up!

Soloman Thomas drafted by the 49ers

After the red carpet, we dove into our media tent and watched as the draft unfolded before our very eyes! As the draft was going on and players were being announced, I set up for some post draft interviews with some of the Pac-12 players that were signed. This included draftees such as Garett Bolles, Adoree’ Jackson, Solomon Thomas, and the newest Atlantic Falcon’s player Takkarist McKinley.

It was quite an honor to have been a part of NFL history with the Pac-12 Network!