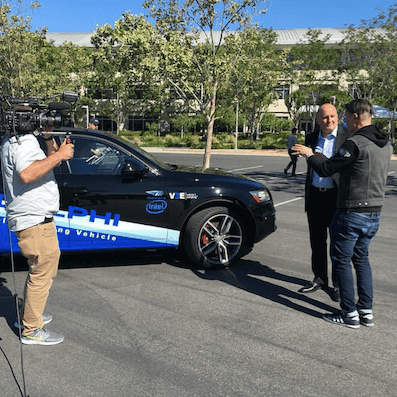 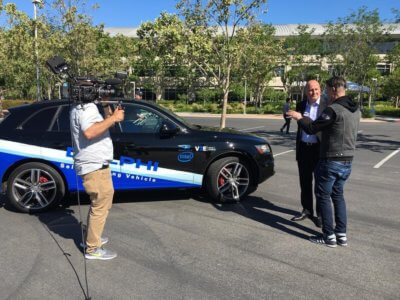 Ready to let go of the wheel? Self-driving car testers are! So is our San Francisco camera crew, Zach Reed. Daily Planet brought us to the Intel Campus in San Jose, CA for the Intel Autonomous Driving Workshop.

We were able to ride along in one of their self-driving cars that went out into live traffic. Exhilarating! Filming that consisted of GoPros and an A7S in the back seat. We also shot some interviews of the researchers talking about the technology and the future of autonomous cars. We want one!