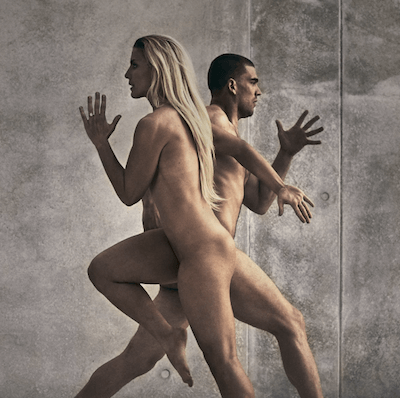 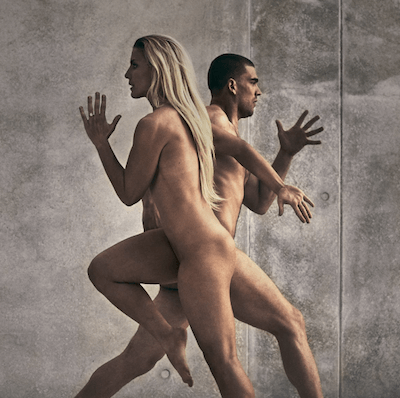 It was a picturesque day as I pulled up to the location in La Jolla, CA. I had worked on an ESPN The Mag Body Issue shoot before, but I knew this one would be different. It involved not just one person, but a married couple, Zach Ertz (Tight End for the Philadelphia Eagles) and Julie Johnston (USWNT Soccer Player). As I walked down the driveway I realized what an incredible location we had for this shoot. It’s named The Razor House and its architecture had incredible shapes and windows. It was a house Tony Stark could have been proud of. The most unique part of it was the openness towards the ocean and the amazing infinity pool that appeared to go off the cliff overlooking the oceans. I knew this would be a fun place to shoot and my mind was already racing with interesting angles and shapes. 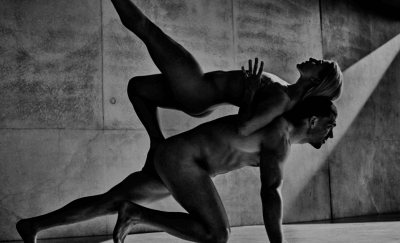 Before we got started I introduced myself to Zach and Julie and made sure they would be comfortable with me and seeing my camera while they were exposed. I knew I was just a small part of the shoot as the main focus was the photo shoot. But making sure your subjects are comfortable is important on any shoot, especially one like this. We did several different setups throughout the day. We had solo action shots – Zach running and stretching with one hand grab a football – Julie juking, running and kicking a soccer ball. For the action shots I was able to get a variety of angles – outside, through the glass of the house – anything and everything that seemed interesting. I also shot as much as I could in slow motion to really capture the amazing strength of their bodies. We then moved on to more individual shots near the infinity pool where we had the ocean as the background. Both Zach and Julie set up for more posed shots. I was able to get some really beautiful silhouette shots with the sun and ocean in the background. They also got together in a combination of poses covering each other and then poses in which Zach had Julie’s entire weight as he balanced her and himself in yoga-like positions. We moved down to the garage and shot them working out together. They used medicine balls and giant rope. Again I tried to capture as many tight shots and slow-mo shots as I could to really showcase their physique. 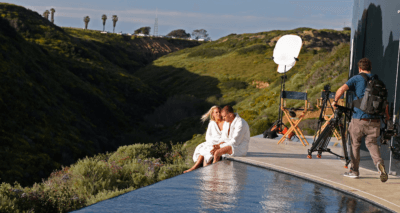 We ended the day by setting up an interview towards one end of the infinity pool. The sun was just starting to set. We had the hillside and cliffs by the ocean as our background. Zach and Julie were comfortable and funny and ran through everything smoothly. I had my Sony F5 as a floating tight shot on whoever was talking, while I had the Sony A7s on a locked down two-shot. It was an exciting day, to say the least. Zach and Julie were so cool and the location was spectacular. I can’t wait to be able to shoot another one next year!

Read more about their story here.