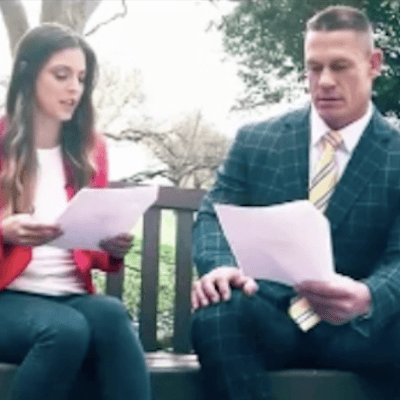 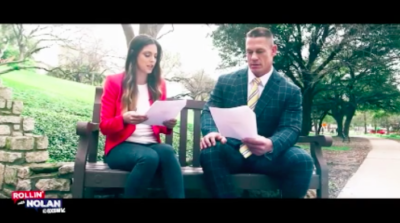 Day three started with Roggg covering a press conference featuring John Cena. Nate, Austin and I set up for an interview behind the Four Seasons, right off the Colorado River. Most of our set up time was spent willing the rain away and sure enough, the clouds broke as Katie Nolan showed up with John Cena. I found myself on the MYT slider again with Roggg and Nate covering singles of Katie and John. Roggg and I then followed them back to room 242 to shoot some additional material which revolved around a bag of jorts. Hustling over to the convention center, we climbed the stairs of the tallest platform in the room. From here, we could see the entire expo floor – we couldn’t gaze too long as Mark Cuban was en route for an interview with Katie. Back on the slider again, I slowly moved my frame left and right as Katie and Mark talked tech. The last bit of the day saw us repositioning to Craft Pride, a craft-beer bar at the tail-end of Rainey Street. Outside under the patio of Craft Pride, we set up a scene for Katie to talk #1 Boston sports fan with the hosts of the Crooked Media podcast, Pod Save America. Katie and the Pod Save America guys worked their way through a bracket of Boston sports fans ranging from Ben Affleck to Gisele Bündchen. The loyal MYT slider and I continued doing our thing as Nate, Roggg and Austin covered all other angles.

Whew! It was a busy three days at SXSW and we found ourselves in all sorts of shoot situations. I was really fortunate for the opportunity to run camera – something I haven’t done in awhile. Such is life as a Go To Team Apprentice! It felt good to settle back into the C300 and I learned A LOT over those quick three days.

Check out some of the videos we shot during that time here!