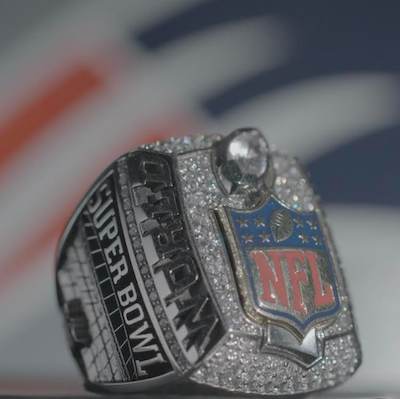 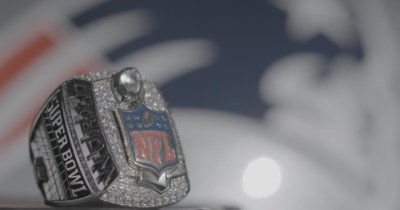 My week leading up to the Super Bowl started off on a very cool note.  I had the distinct honor of shooting all fifty-one Super Bowl rings for the NFL Network.  My producer had been working on a bunch of features surrounding various stories about Super Bowl rings.  With all the interviews in the can, he just needed pretty B-roll of all the  Super Bowl rings and various close-ups and extreme close-up shots of rings.

I was booked with the Sony F55 and shot S-Log3 in 2K.  We rented a ton of Canon macro lenses and a Dana Dolly.  We used the Dana Dolly for the main shot.  The main shot involved the camera floating past all fifty rings and landing on the Super Bowl fifty-one ring which was a “mock-up” the producer had made exclusively for this shoot.  The Dana Dolly was crucial for this shot as it allowed us to mount the camera underneath the dolly. 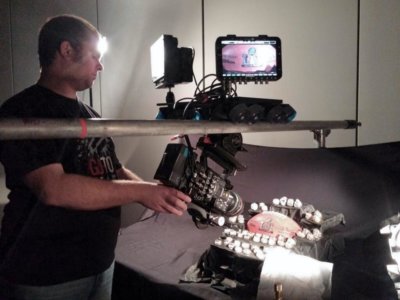 Once we completed the Dana Dolly shots we moved on to a variety of close-ups.  This is where we were able to utilize all the cool macro lenses I rented.  I used the 100mm, 180mm, and 65mm to capture a bunch of macro shots.  It was really fun to be using different lenses.  It was a great learning experience as I don’t generally do a lot of macro photography type shoots.

The coolest setup, aside from the Dana Dolly shot, was when we shot the Super Bowl fifty-one ring with the Patriots’ and Falcons’ football helmets in the background.  Those shots turned out really well.  We even did a variation where we “wagged” the key light in and out.  This essentially caused a “light-house” effect in which the ring gets revealed. 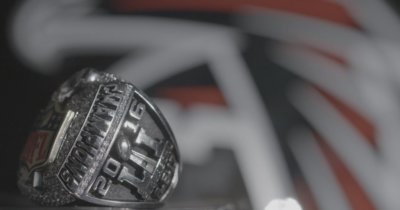 We had a late call time so we didn’t wrap until about 2 am.  The late night was totally worth it.  The next day I picked up an additional day for the NFL Network.  I traveled to different sets in Houston and shot behind the scenes B-roll of the sets being constructed.  That turned out to be only a half day.  After wrapping with the NFL Network it was time to prepare for a week with Nickelodeon.