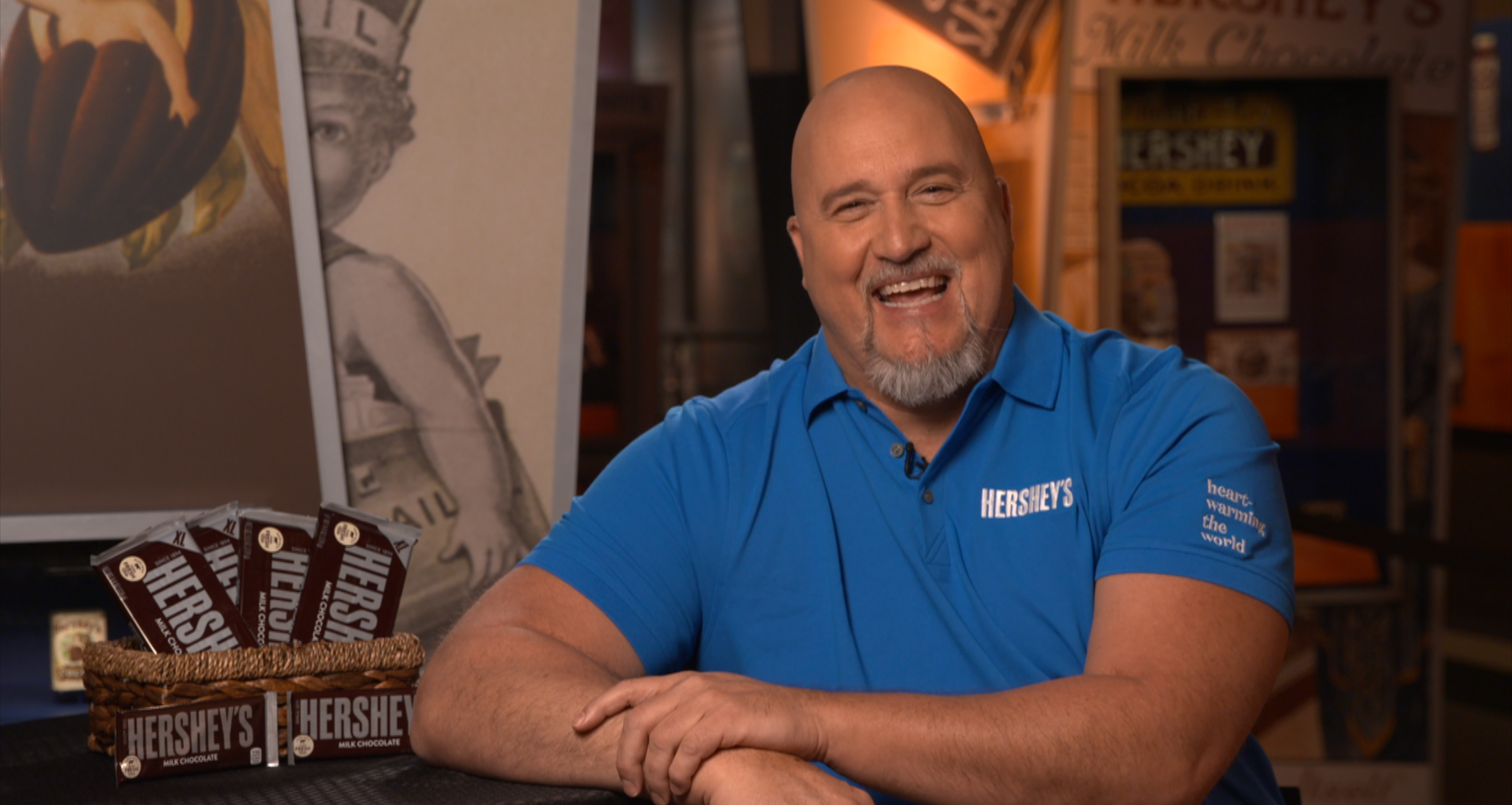 What if you bought a chocolate bar and handed it to a stranger? Can you “pay it forward in Chocolate”? The “Heartwarming The World” campaign encouraged people to buy Hershey Bars and hand them out to strangers to brighten up their day.

This Sept. 13th was the beloved chocolate maker, Milton Hershey’s, 161st birthday.  The heartwarming campaign was a chance to pay it forward, give back and share in the company’s rich tradition. Hershey set out to make chocolate that could be enjoyed by everyone, both rich and poor.

In honor of Milton, Hershey’s Chocolate had Go To Team’s DC cameraman, David DiFalco, traveled to Hershey Pennsylvania to capture a tour of the facility which was broadcast to over 30 different News Channels nationwide to spread Hershey’s new efforts. 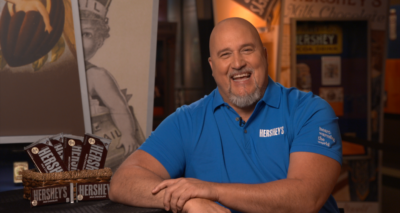 Our team needed a very small footprint since we were working in a museum while open to the public. To light our subject, John Baker, our team used a fairly simple set up with a kino 400 and a diffusion as a key light, and a light panel armed out behind our subject for the backlight. The real fun came from the museum’s theatrical lights that they let David move around to light the background. This allowed minimal setup and less stress of people running into the lights. 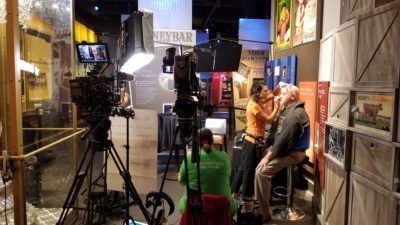 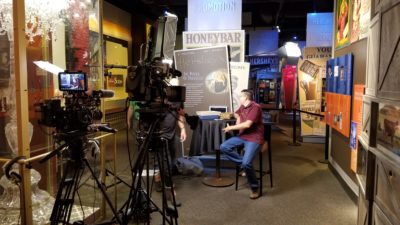 The entire interview and tour were shot on a Sony F5. The features of the camera allowed for easy transitions for the media segments which were being broadcasted to the 30 nationwide news channels. The pattern for this media tour was going live for 3 minutes with only 2 minutes in between, so a new channel every 5 minutes. This allowed minimal time to fix any problems that may have come up, but thankfully the only issue our team had to address was resetting the dressed chocolate.

One of the coolest things our crew learned about Hershey’s Chocolate is putting the chocolate bar in the fridge actually chemically alters the chocolate. We were honored to be a part of the media tour with Hershey’s and encourage everyone to surprise a stranger with a candy bar this week!