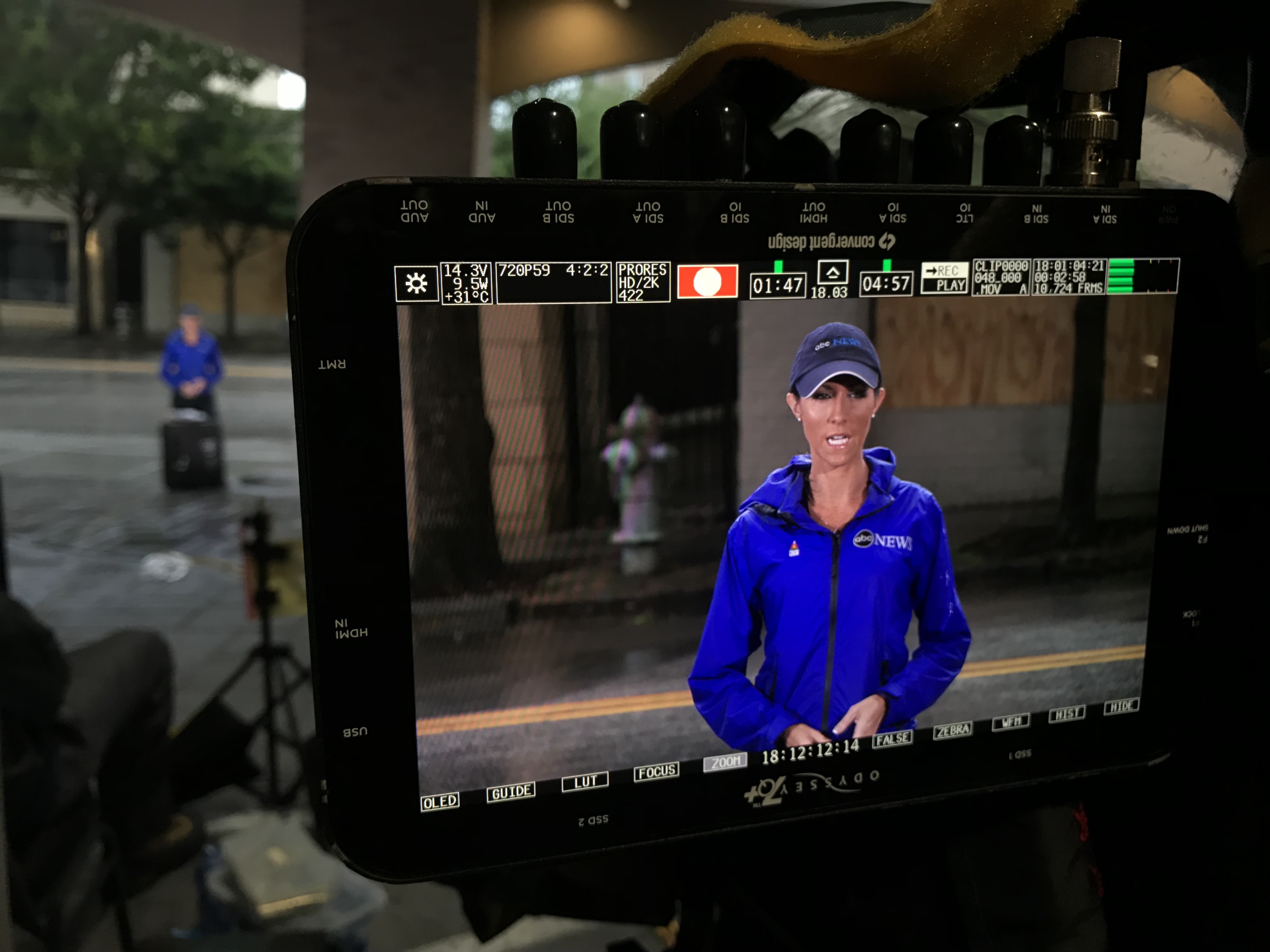 Hurricane Florence dealt a massive blow to the Carolina Coast especially Wilmington, NC. Florence brought in massive amounts of rain, damaging winds and strong storm surges which forced families to flee their homes. Our thoughts are with everyone still there cleaning up. 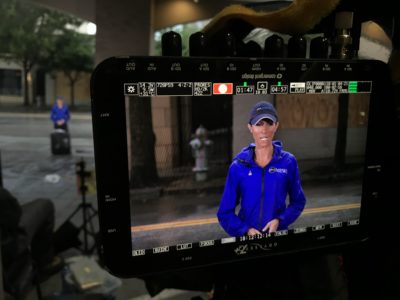 Throughout the storm Go To Team crews, including Craig Goodale, Ethan Sneed, Juan Lopez, Dave Baker, Nate Silverman, and Tori Musciano were spread out around North and South Carolina bringing you around the clock coverage to keep you updated as Florence made landfall. Our crews provided storm coverage for nine days for great clients including: The Weather Channel, CNN, NBC News Channel and ABC. 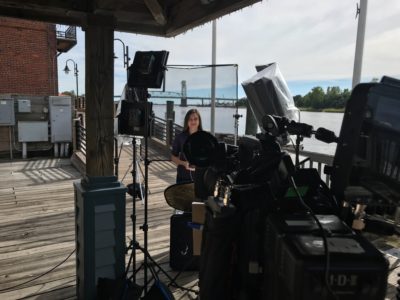 Crews arrived on location starting Tuesday night in order to go live Wednesday from 2:30pm to 2:30am. As the weather was still dry Wednesday crews were able to set up on the Cape Fear in downtown Wilmington. Fighting the sun, we lit talent with Kino Divas 400W, and 200W lights and Generay Light Panels with a scrim behind the subject and a bounce in front. HMI’s are not allowed on talent for safety reasons so we work around that anyway we can to light talent safely and effectively. This was shot on the Panasonic HDX900, a true workhorse for storm coverage and a great camera to go live with. When the sun went down we were able to lose the scrim and bounce, the Kino’s became our key and fill with Generay’s being used as an edge light and lighting the riverwalk in the background. 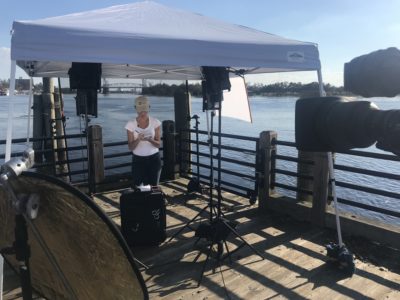 Thursday with the storm coming in we stayed safe and went live from outside the Courtyard Marriott in Wilmington. Kino’s again were used to light talent throughout the day and when the sun set we used a Bron Kobald 400W HMI to light the background. Clear garbage bags were used to waterproof our Kino’s as well as any power connections or ballasts. The Bron Kobald HMI’s are waterproof which comes in handy during storms. When the wind got too bad, the Generay’s were subbed in for the Diva’s and that stayed our setup throughout the duration of the storm.

When weather permitted we would travel to go live on location in nearby flooding to highlight the danger of the roadways as flooding continued to get worse despite the rain stopping. Light panels and bounces were key whenever we would travel outside of the hotel during the day and the HMI would light our background. Although we had lost power by Friday, we brought a generator and enough gas that we could power lights and hardline camera and our TVU which is what was used to transmit our shot back to the studio in New York.

After more than a week of long and late hours, the crew pushed through with some big help from Waffle House to bring you coverage of the storm across ABC affiliates all over the country. 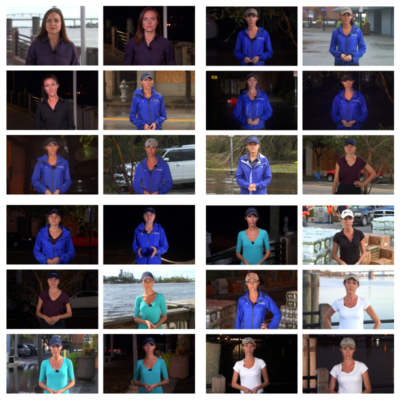