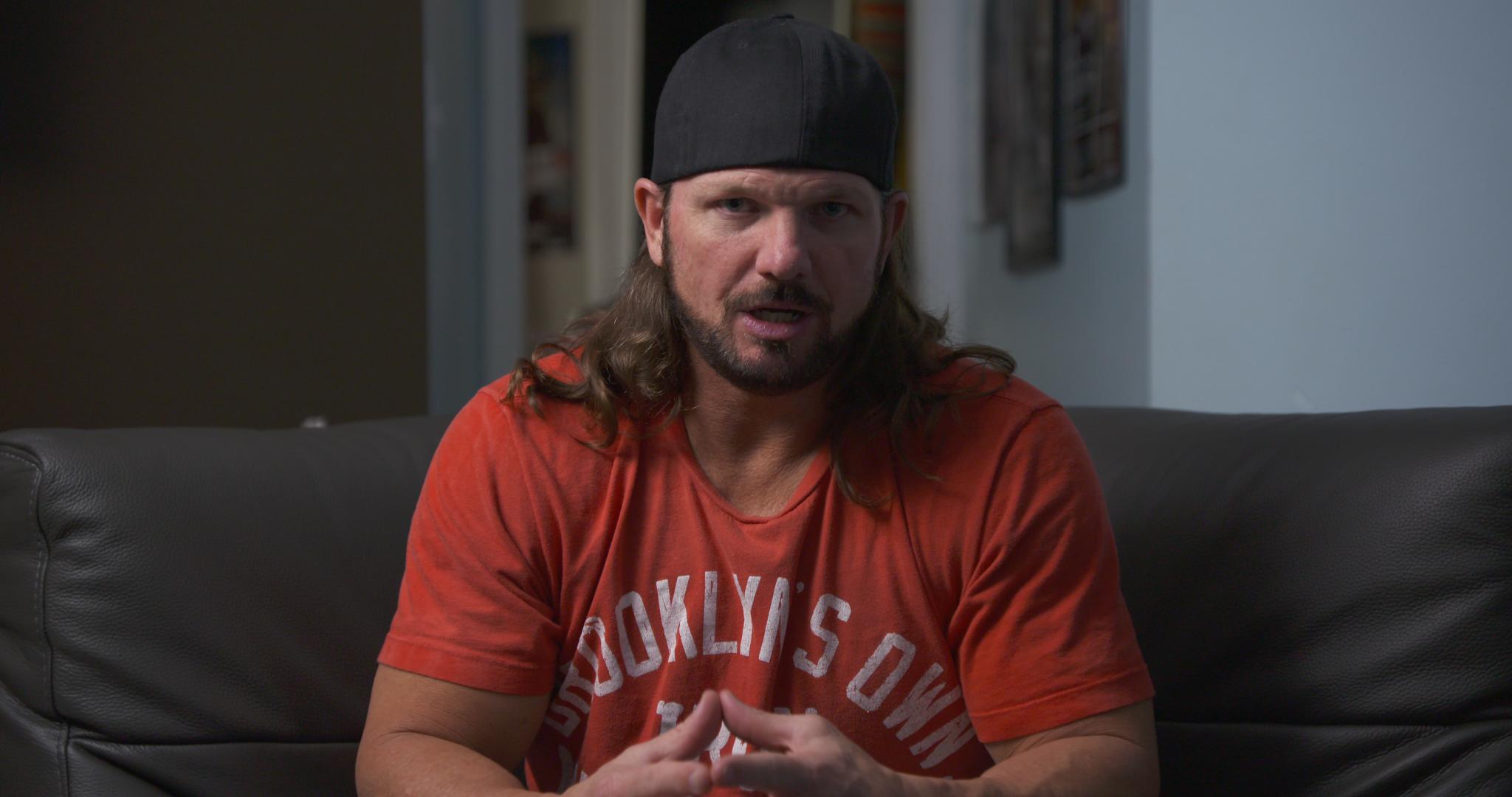 From Wrestlemania to his record-breaking title reign, AJ Styles had a pretty big 2018.

WWE Network series 365 took a more in-depth look at the last year in AJ Styles life. Go To Team’s Atlanta DP, Nate Silverman, caught up with The Phenomenal One in Gainesville, Georgia to show off his home life, his secret obsession, and time spent with his family. 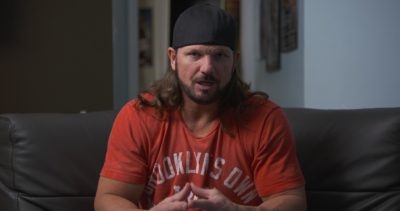 For the backdrop of the series, we set up our interview in the basement. To light the space we used generay light panels through silk as a key and another light panel on a scissor clamp from the drop ceiling as an edge. Controlling light in such a cramped spot was difficult, but our crew has been trained to overcome these exact situations. Once we got the look down, we talked about the most memorable moments of the last year.

This included his feuds with familiar foes, Shinsuke Nakamura and Samoa Joe, his reign as WWE Champion, and having his face on the cover of WWE 2K19. He even talked video games with us, giving us on a tour of his classic game collection (which included an unopened copy of Punch-Out). 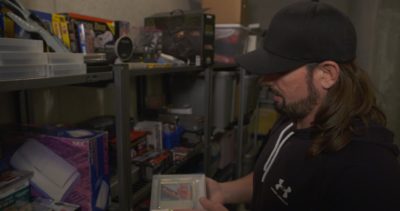 Our interview was cut short when AJ had to go pick up his son who hit his head in school and needed stitches.

We came back the next day, but we lit the space with a tungsten to make it seem as if we came back later that night for a warmer, but also darker, background. We finished up the interview portion and then headed outside to capture him playing with his children. All of the footage was all shot on a Sony F5 with Canon 17-120mm Cine-Servo lens. 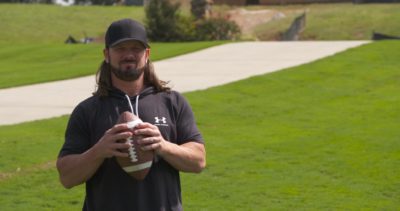 You can watch the entire AJ Styles 365 anytime on WWE Network. Thank you to WWE for allowing us to tell his story!