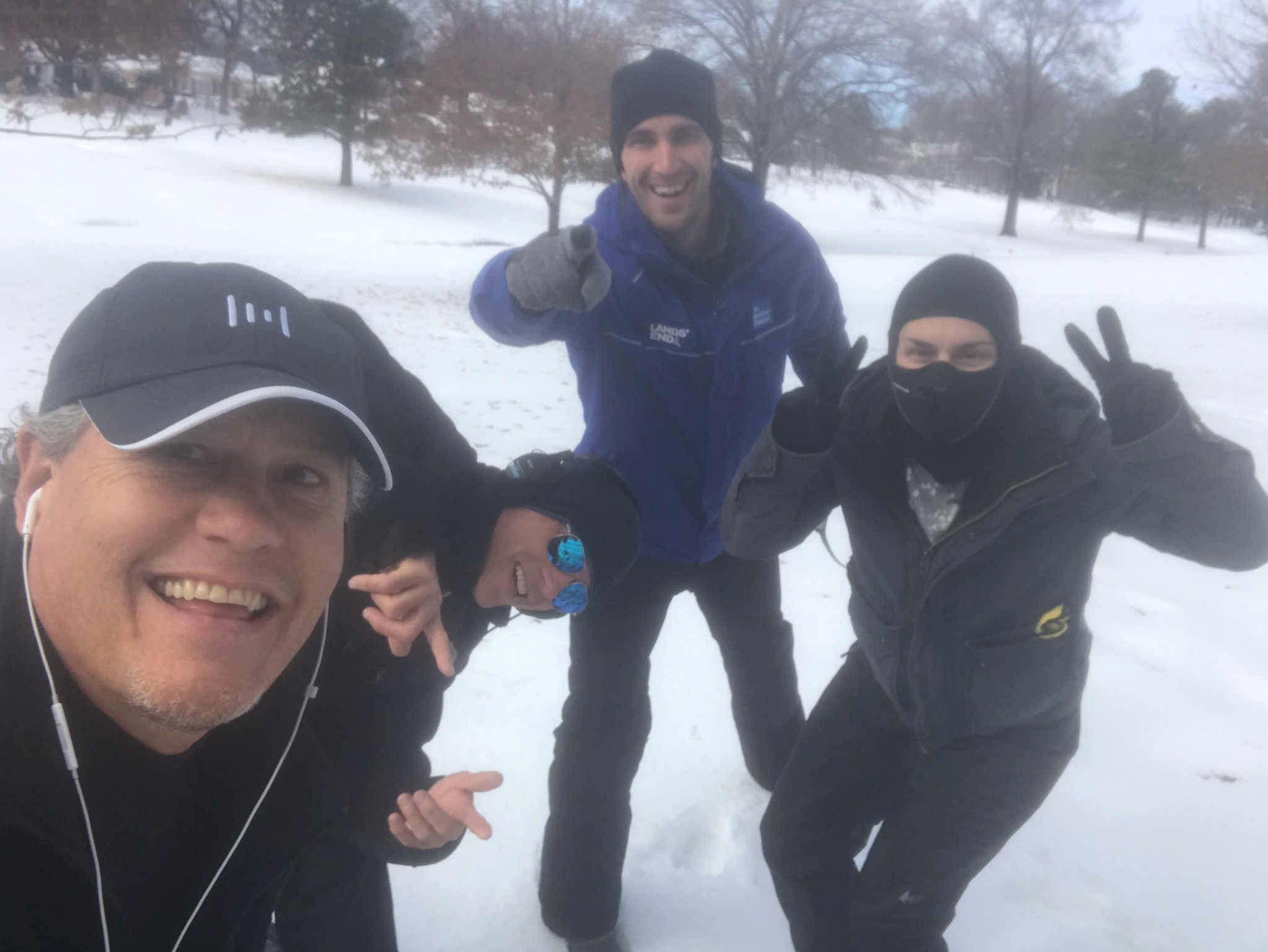 This year, Winter Storm Diego made history along the southern portion of the Appalachian Mountains in North Carolina and Virginia. He slammed the south with record amounts of snowfall, as well as freezing rain that iced over trees and power lines, knocking them to the ground.

Schools were closed for a few days as traveling conditions were extremely hazardous. 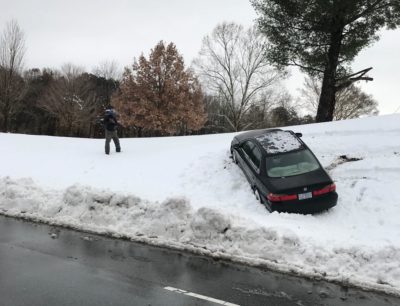 The Weather Channel worked hard over the weekend to keep citizens informed of closures and storm updates. Go To Team’s Charlotte camerawoman, Tori Musciano, traveled to Greensboro, NC to capture it all!

“I enjoy the adrenaline rush of the crazy weather. They make for good stories!” – Tori Musciano

The first day of the storm coverage was not too crazy. Crews were set up downtown to inform people on how to prep for the incoming storm. The second day was a bit crazier, but our crews are trained for these exact scenarios! 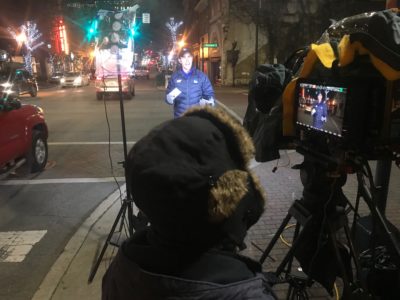 Diego started to blow through the area and the crew struggled to find cover. The roads were so hazardous that the equipment survival gear was inaccessible. Ice was sticking to the lens of the HDX900 and had to be gently scraped off several times throughout live shots. The crew needed to move twice before they found a comfortable spot to report from, but we made it happen!

Our crew had several sandbags to help hold lights and tripods down. The wind was brutal and the buildings created quite the wind tunnel to work with. By the end of the day, about a foot of snow had fallen and several cars were abandoned.

We spoke with Tori after the shoot to get her take on the storm: 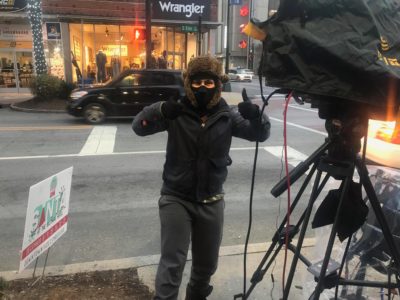 Q: Tori, what was inspirational about this shoot?

A: “There was an extreme amount of hospitality from the Greensboro community. People would stop by with Christmas cookies and banana bread. People were asking if we were okay and if we needed help. The whole community was so great and genuine!”

Q: You work a lot with hurricanes and winter storms. What is the main difference in prep between the two for you?

A: While both are crazy and hectic, it’s definitely safer to shoot in snow storms than in a hurricane. With a hurricane everything is shut down and boarded up. Nothing is in stores and power can go out. Most people just hunker down for the winter storms.

I carry more sandbags than usual for both situations, just in case! And there’s a lot more gear to protect equipment. For winter storms, clothing is definitely bulkier and I had to wear a face mask.

Q: What is your favorite part about the shoot overall?

A: Everyone worked really hard to make the situation enjoyable. The crew was so fantastic. When you have a great crew it makes everything else so much more bearable and enjoyable! 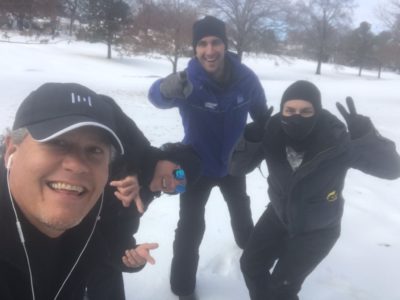 We are grateful to The Weather Channel for continuously serving the public — We can’t wait to work on more shoots in the future!