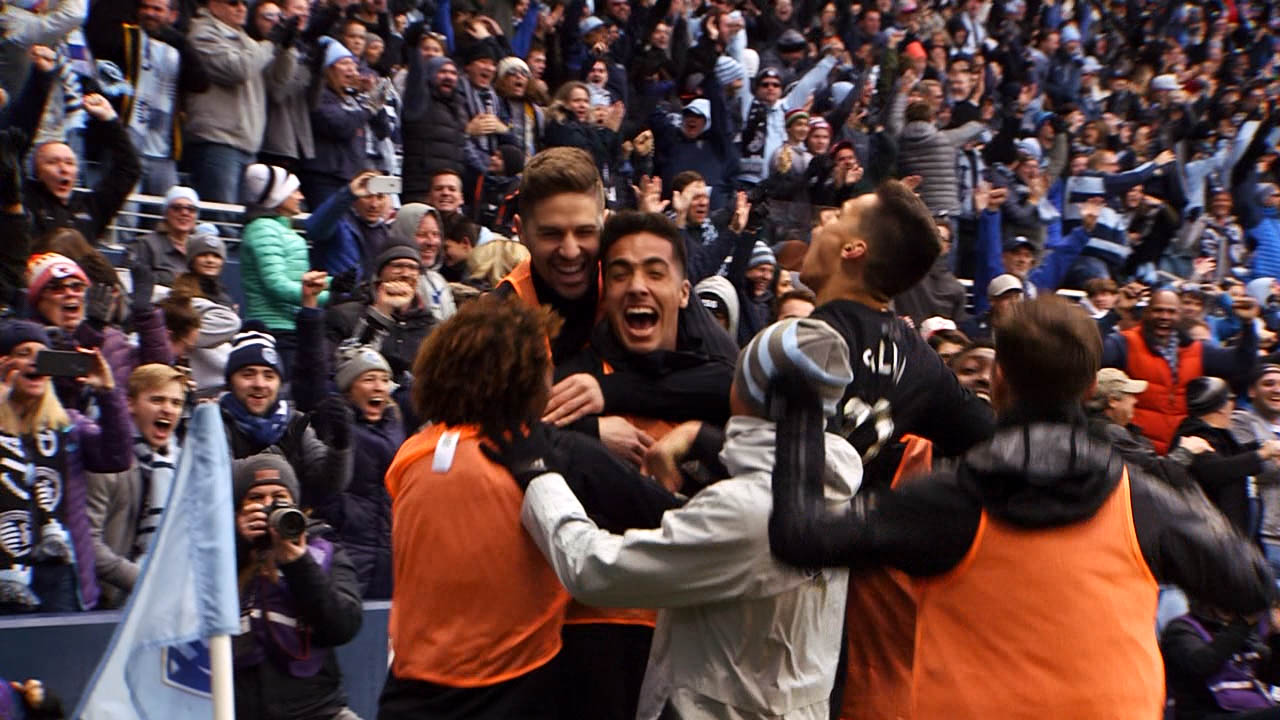 Go To Team Covers MLS Playoff Games | Down To The Wire

Major League Soccer Cup Playoffs are in full swing! Are you ready to hear these #goals?

Go To Team was honored to have three of our crews capturing pre and post-game coverage with MLS: David DiFalco (Washington DC cameraman), was in New York for the Red Bulls victory over Columbus Crew SC, Kyle Kaiser (Saint Louis cameraman) was in Kansas City for their victory over Real Salt Lake, and Nate Silverman (Atlanta cameraman) covered the Atlanta United victory over New York City Football Club. 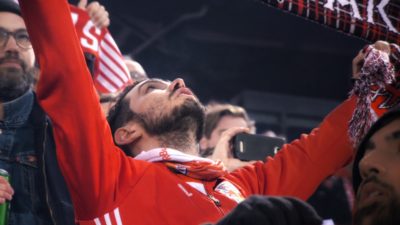 At this match, the stadium was pretty quiet until the ten-minute mark of the first half — aside from the fan section. Once more fans started to arrive, the atmosphere transitioned to a livelier feel. We would like to think that fans of the Red Bulls were feeling so confident about this game that they showed up late!

Our crew captured a bit of pregame B-Roll footage but mainly focused on postgame interviews. For the interviews, we utilized a handheld ENG and used stadium lights to our advantage.  All footage was captured on a Sony F5 with a B4 adapter.

The postgame brought even more energy and excitement to the stadium, as fans rallied and celebrated their team’s win.

The Red Bulls are advancing forward in the playoffs and are scheduled to play Atlanta United on November 25th at 5:00 PM EST. 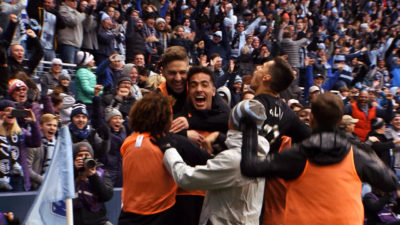 The match between the Kansas City and Real Salt Lake had a very exciting pre-game vibe. The fans of Kansas City are extremely supportive and couldn’t wait to see their team win.

The stadium even has a dedicated area named “The Blue Hell” for rowdier fans. “The Blue Hell” was full of cheering and chanting sports fans who were being led by their fan band.

After Kansas City won 4 to 2 over Real Salt Lake, our crew had the pleasure of interviewing the head coach of the team. We also captured several interviews with the players themselves. One particularly interesting fact about this match was that two local Kansas City brothers were playing against each other. Kansas City’s Matt Besler (#5), and Real Salt Lake’s Nick Besler (#13) are both originally from Overland Park Kansas, and their father was in the crowd to catch the match between his two sons.

Kansas City has advanced in the playoffs and is set to play the Portland Timbers on November 25th at 7:30 PM EST 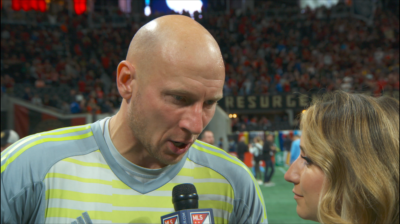 During the pre-game of this match, the excitement was out of control. In only their second year, Atlanta United owns the top 7 attendance records and with a crowd of 70,000 expected for their game against NYCFC. Fans were packed outside at The Gulch, which is the major tailgate section outside the stadium, and in the fan village, which is where we were set up for live hits. We interviewed the fan behind the team’s most popular Tifos. A Tifo is any sort of organized fan display, Atlanta United holds up a large banner before games that’s always different and inspired alternate “King Peach” kits that the team wears.

All footage was shot on a Sony F5 outfitted with a b4 to pl, and pl to fz adapter, to use an ENG lens for the shoot. The footage was fed back on a Dejero.

The stadium was buzzing postgame as Atlanta United moved on to the conference finals. Players were celebrating on the field after their wi, and we were able to interview goalie, Brad Guzan, who only allowed one goal in the two-game series. NYCFC was disappointed in the season coming to an end.

Atlanta United has advanced in the playoffs and will take on the New York Red Bulls on November 25th at 5:00 PM EST.