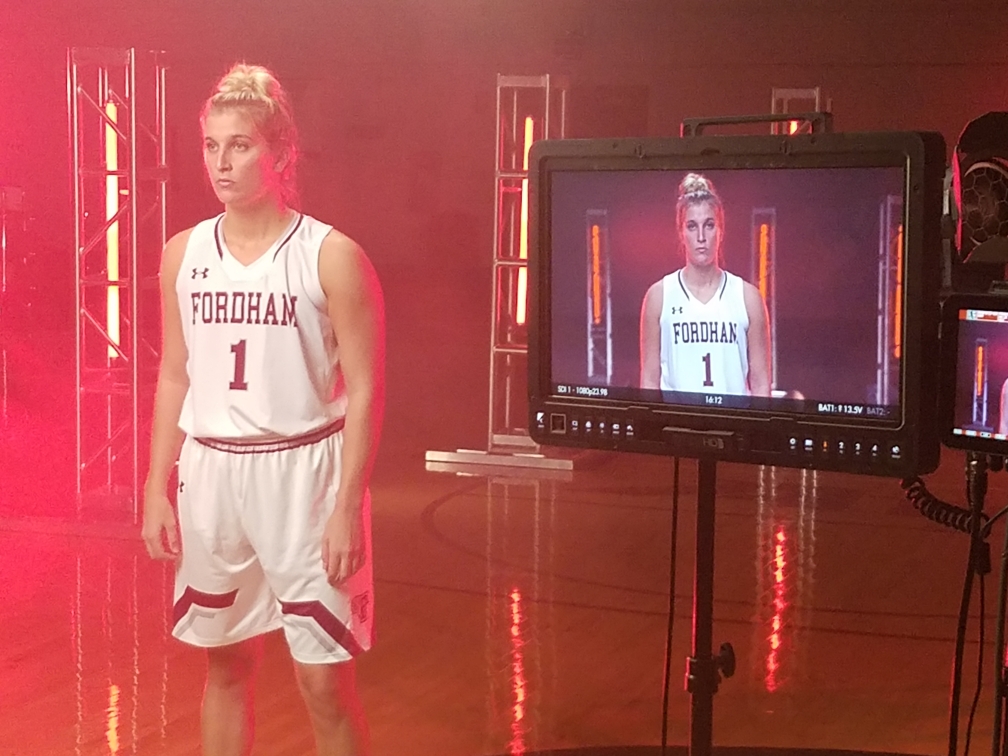 We love all of our clients and all of our shoots, but some are Extra…EXTRA COOL! This is one of them. Pictures tell this story best. Our crews had a slam dunkin’ good time partnering with VWSE to bring the players of the Fordham basketball team to the jumbotron! 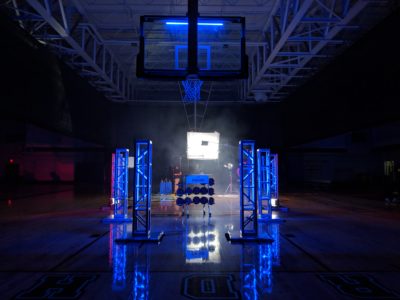 Our New York cameraman, Reid Petro, produced a series of videos for the men’s and women’s basketball teams. This includes hilarious mini-games, shout-outs to the audience, and player snapshots. We were able to make up a couple of CGI previs shots. This helped keep us on the same page, and it helped bring the vision of the shoot to life. 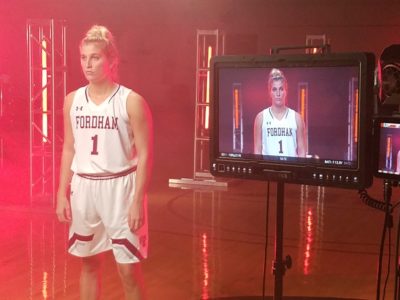 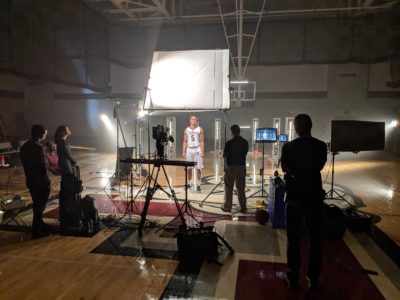 We had a day of prep prior to the shoot where we were able to set up the background, build the set, and finessed the lighting. This gave us the advantage of walking onto set the next day and filming immediately.

The challenge for this particular shoot was to keep the space interesting enough for a couple of videos and not seem too repetitive. Our gaffer, Kiel, and Reid ended up making two distinct looks, in a short time frame, out of the lights that were set. This was accomplished by simply taking off gels and swinging lights around. 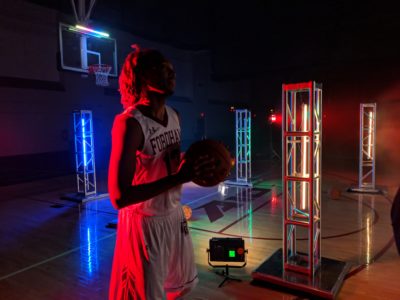 We also employed some Astera Pixel Tubes built into the trusses which gave us full color, brightness, and pattern control wirelessly from a smartphone! It was a game-changer. Just for good measure, we threw some haze into the mix as well. We shot this project on the Sony F5 in LOG mode with Canon L-series glass on a 4′ MTY slider.

All in all, our crew thoroughly enjoyed working on this shoot, and can’t wait to see this team crush it this season!