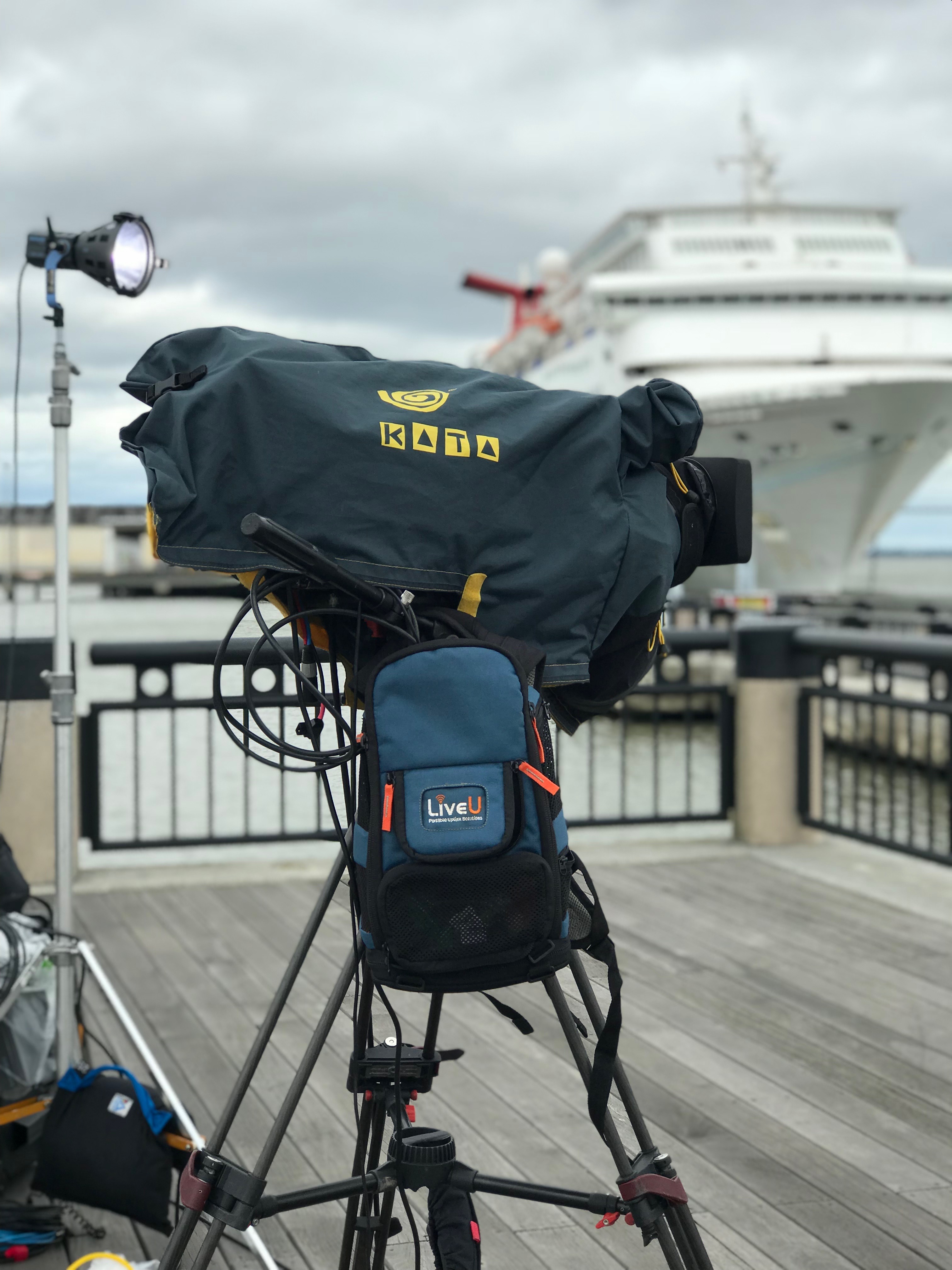 Hurricane Michael, which hit the Florida Panhandle as a Category 4, left several areas of the southeastern United States devastated.  Our thoughts are with everyone who has been affected by the storm!

Go To Team camera crews were spread throughout the southeast working with news teams, such as The Weather Channel and ABC News, to ensure the public was kept informed of evacuation plans and storm updates. 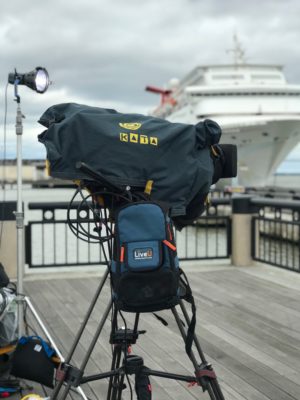 Our Atlanta DP, Nate Silverman, traveled with Ethan Sneed and The Weather Channel to Charleston, South Carolina to capture storm footage. Luckily, Charleston was not as affected as it could have been; however, our crews were able to capture storm force winds as well as an interview with the Mayor of Charleston, John Tecklenburg. 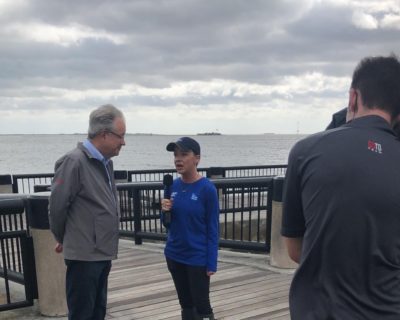 The interview was shot outside at Waterfront Park on an HDX900. For outside lighting, our crews used a Bron Kobald HMI 400W. To ensure the footage was broadcasted live, we utilized LiveU equipment. 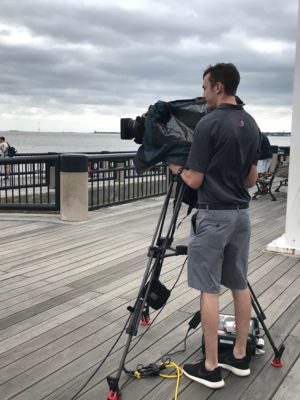 Peter said the following when asked the difficulties of shooting during a hurricane, “Keeping your gear dry is the biggest job when working in a hurricane. I have a waterproof cover for the camera but the front of the lens is still exposed so you have to take the opportunities to clear the lens as they come. It’s a constant battle. And the wind has the rain coming in sideways.”

The crew lucked out with their hotel by only losing power. Had they been further east the wind would have been much worse, as houses were completely blown apart.

After the hurricane was over, the challenges changed. Since most of the power went out, keeping everything up and running for 12 hours was more difficult, as was managing fuel levels. There was also no running water, and port-a-potties were destroyed in the storm. It’s extremely important to prepare by stocking up on prepackaged food and water before the storm hits.

We try to make the situation as safe as possible while in the middle of all the chaos, and reporting what happens after the storm is just as important. Our crews hope that the stories we capture get out to the world so they can get the appropriate help needed to rebuild.

Hurricane season lasts through November 30. For information on how to prepare for an upcoming storm Additional visit www.scemd.org