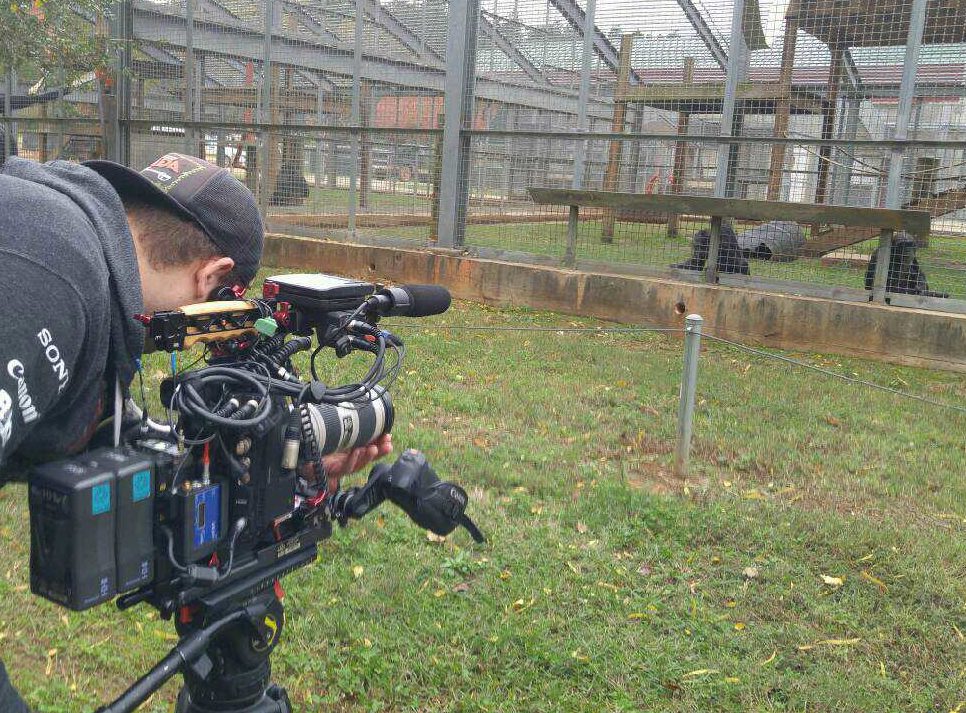 Go To Team Texas DP with NBC on Chimphaven

Did you know that chimpanzees share about 98% of the same DNA as humans? As one of our closest fellow species, chimpanzees are considered endangered. Their declining population is partly due to a lack of natural habitation.  Sanctuaries have been built to help keep somewhat of a natural home for these beautiful creatures. 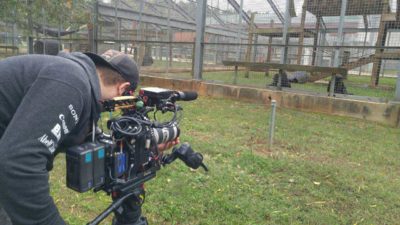 Go To Team’s Texas DP, Roger Woodruff, traveled to the Shreveport area to shoot a piece for NBC’s “Today Show” with host Dylan Dreyer.  The piece was on a chimpanzee sanctuary called Chimphaven, which is home to about 230 chimpanzees.

Here are details from Roger’s set up and experience at Chimphaven:

I was shooting on the Canon C300 Mark 2.  The trusty 5D Mark 4 was my B-camera. Our day started with setting up for the one on one interview inside the facility.  The space we had to work with was tight, but we have been trained to handle these exact situations. We lit the interview with some house lighting and a couple of Lite Panels.  The Lite Panels were swung in using some combo stands and another crew member’s arms. It was a simple set up but it worked very well! Each Lite Panel acted as a key light and a backlight.  The C300 and 5D were used for singles. The producer’s Canon 80D was used for the wide two shot. 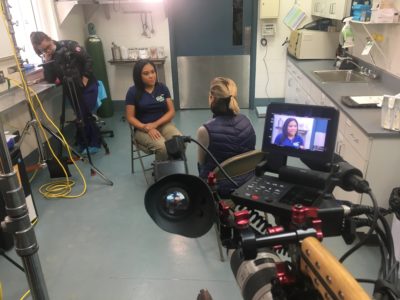 Once we were done setting up for the interview we ventured out to shoot b-roll of the chimps and the sanctuary.  We could only get so close to the chimpanzees so I had to take full advantage of my Canon 70-200mm f2.8. I put the camera into crop mode for most of the chimp b-roll which really helped.  If this shoot hadn’t popped up so last minute I would have definitely tried to get my hands on a tighter telephoto lens. 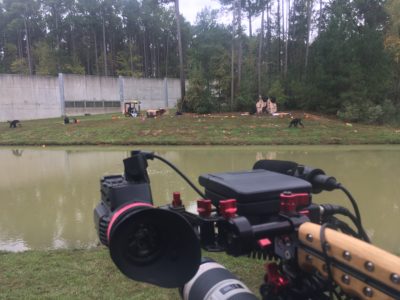 After shooting a bunch of b-roll we came back to our setup and shot the interview.  Afterward, we did a couple walk and talks and we ended the shoot with an extensive tour of the sanctuary. 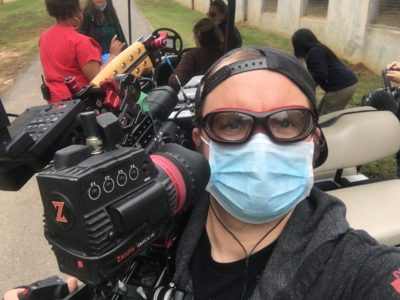 It was a very unique and exciting project to be a part of! We hope spreading the word about the chimpanzee sanctuary will help educate others on these amazing creatures.