Our Los Angeles video camera crew, David Feeney Lance, hit the links with golf greats at the 2018 Genesis Open for the Golf Channel. 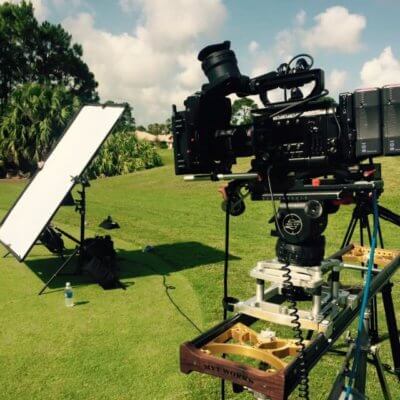 Golf Channel at the Genesis Open

The world’s best golfers head to the Riviera Country Club in the Pacific Palisades every February to compete in the Genesis Open. As part of the PGA Tour, it brings out big stars and athletes for one unforgettable week of golf. Not to mention, the prize purse is worth $7,200,000. So our Los Angeles video camera crew certainly hasn’t forgotten about his time spent with the Golf Channel for this exciting event.

Tiger Woods was one of the biggest names at the event. You may know him as one of the greatest golfers of all time, one of the highest paid athletes of all time, the golfer who reached the #1 spot less than a year after going pro, and so on. But his is also a great philanthropist. His charity – the TGR Foundation – manages the Genesis Open. A lot of the proceeds go to this great organization that gives underprivileged children STEM curricula, college-access programs and more.

Tiger Woods Returns to the Links

Woods has been dealing with back problems the past few years but is finally making his return to the links. Our Los Angeles video camera crew was happy to be there to witness the golf great in action. While he didn’t place, it was still so exciting to have him back on the course. You could feel it in the air – from the players, the celebrities, and the fans. Bubba Watson came out on top. Other notables were Phil Mickelson (legend), Justin Thomas (last year’s PGA Tournament winner), and Jordan Spieth (2nd youngest Masters winner next to Woods.)

While golf is known for its low scores, we felt we scored high by getting the opportunity to work with the Golf Channel on such a great event.