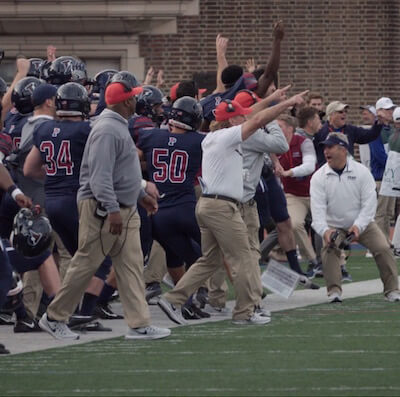 Our NYC camera crew headed to Philadelphia to highlight their football culture for Sports Illustrated.

Sports Illustrated has been traveling across the country to highlight football culture in major cities. When we got the call to help cover football culture in Philadelphia we said “yes” and our camera crew said “heck yes!” SI wanted to cover University of Pennsylvania college football, a high school football team, a women’s football recreation team and of course, the Philadelphia Eagles. We got the insider’s scoop everywhere we went through two days of on-the-fly interviews, live games and B-roll of players, coaches and fans.

Football in Philly with Penn and the Eagles

University of Pennsylvania players and coaches were happy to talk about their football culture. The Quakers play in the oldest active football stadium in the country, Franklin Field. One of their players said, “It’s like playing in a museum.” It was great to get their perspective. Our NYC camera crew also attended an Eagles game. How do you capture the perfect action shot? Hint: You don’t use actual eagles. “It’s all about being in the right spot at the right time.” By getting intimate access we were able to capture the heart, soul and dedication of the game on and off the field. 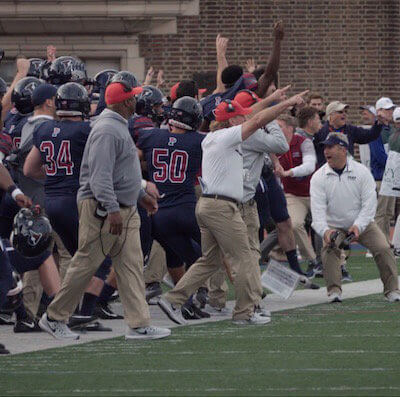 NYC Camera Crew Behind the Scenes with Sports Illustrated

Philly is more than just college and pro football, though. We also highlighted the Saints Neumann-Goretti Catholic high school football team. They have been struggling the past few years to ramp up their football program. But by hiring a new head coach, they went from having 18 players at the end of last season to having more than 60 players at the start of this season! Women are getting in on the football culture in Philly, too. The Football Phantomz is a female football recreation team that lets women get in on the action. The founder wanted women to have an outlet to get their frustrations out on the field.

From high school to college, from pro to even women’s, football culture in alive and well in Philadelphia. What a great story to tell and a great crew and client to work with. What more could we ask for? Thanks Sports Illustrated!

Watch the full video below: