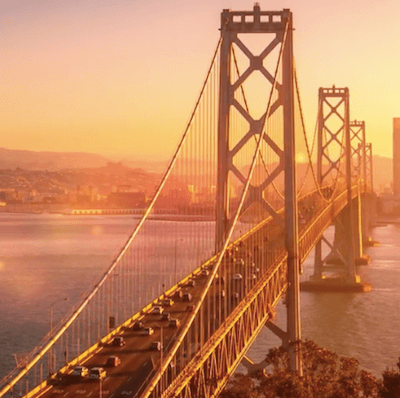 Marshawn Lynch of the Oakland Raiders

Marshawn Lynch is back to “beast mode” with the Oakland Raiders. From being drafted by the Buffalo Bills, to winning a Super Bowl with the Seattle Seahawks to retiring from the NFL to then applying for reinstatement with the Raiders, fans are glad he’s back to his hometown roots. He said it’s important to “represent where you’re from.” Our San Francisco camera crew headed to the Oakland Coliseum to film fans tailgating and celebrating Lynch’s return. Once the game started, we were on the field focusing on the infamous Black Hole – a well-known group of fans near the field. Raiders fans are die-hard!

Lynch played college football at the University of California Berkeley where he became the school’s second all-time career rusher. The Golden Bears are still proud to have had him on their team. Our San Francisco camera crew attended a student rally before a football game to talk about Lynch and the importance of football in their area. 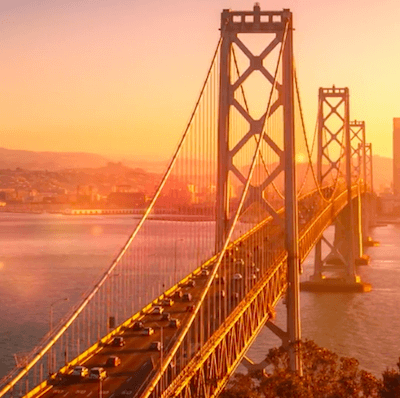 The Bay Area is known for its high crime rate. For some young boys, football is their only way to get off the streets. For one player at Mission High School, he lost his father due to a break in, so now he plays for him. And for other players, they have lost friends and family due to violence. The coaches for the Bears don’t just focus on coaching for the game – they coach for life skills and community values. For some of these boys, the coaches are their only male role models. Our San Francisco camera crew filmed these interviews, B-roll and “Friday Night Lights.” 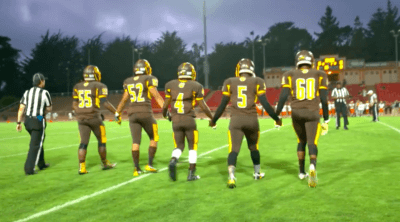 Football fascination starts with children. The Oakland Dynamites Youth Football and Cheer Inc. is an organization that provides lower-income kids the opportunity to play sports and learn about health and wellness. The organization was founded so the youth in Oakland could receive guidance and mentorship from good role models. Lynch used to play on the team. Now there is even a girl on the team. Her mom took her to try out for cheerleading, but she wanted to be on the field instead of on the sidelines. Our San Francisco camera crew talked to the kids about the program and about Lynch’s return. They are so excited the big man is back in town and say “he’s unstoppable!” 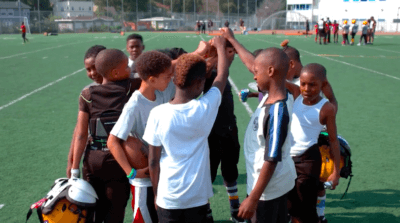 Watch the full piece here. Also, check out our “Football in America” pieces in Philadelphia and Charlotte.