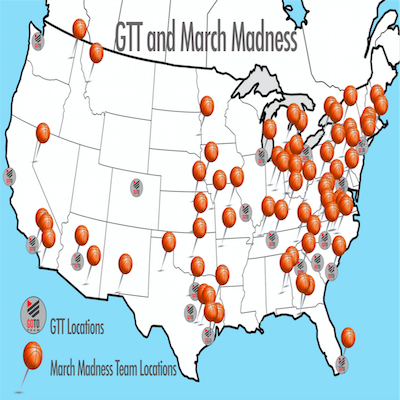 How is your bracket holding up this March? We know ours is out of whack due to all the Madness. But we are so excited to head to the Final Four in San Antonio with Turner Sports this year. Our Texas director of photography, Roger Woodruff, will be there going behind the scenes and on the side of the court to capture the best content. 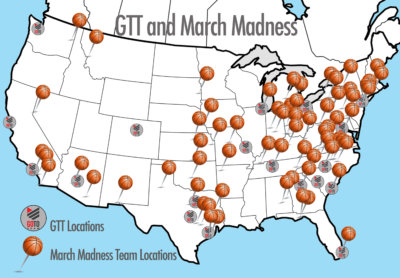 We were happy to have local crews for many of the exciting games this March. We were local to Pittsburgh, Pennsylvania, Dallas, Texas, Charlotte, North Carolina, Nashville, Tennessee, San Diego, California, Los Angeles, California, Atlanta, Georgia, and now San Antonio, Texas with our Texas director of photography.

On Saturday the Michigan Wolverines will face off against underdogs, the Loyola-Chicago Ramblers. Then the Villanova Wildcats will go head to head with the Kansas Jayhawks. Monday brings the two winners to the finish line to compete for the title of National Champion.

From the Madness, to the Sweet Sixteen, to the Elite Eight, and now to the Final Four – it has been a thrilling month of basketball. From upsets, to Cinderella stories, to bracket busters – it has been a full-time job keeping up with it all. We are so excited to hit the court with Turner Sports this weekend for the final showdown.